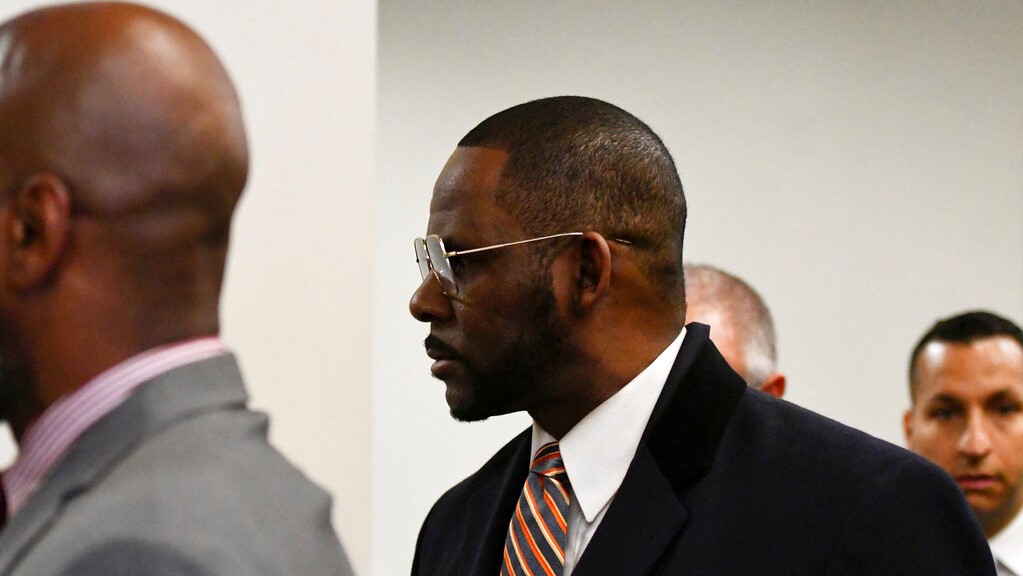 Musician R. Kelly arrives at the Daley Center for a hearing in his child support case on Wednesday, May 8, 2019, in Chicago. (AP Photo/Matt Marton)

The Latest on R. Kelly court appearances (all times local):

R. Kelly's attorney has given a $62,000 check to the singer's ex-wife to bring Kelly's child support payments up to date.

The Chicago Sun-Times reports that the payment was made during a hearing Wednesday in Chicago. It comes weeks after Kelly was locked up because he hadn't paid more than $161,000 that he owed. He was released from jail days later after he raised the money.

The issue of Kelly's back child support came up after he was charged in February with 10 counts of sexual abuse pertaining to three girls and one woman. He has pleaded not guilty to the charges.

Earlier Wednesday, another judge ordered a default judgment against Kelly to be vacated and allowed that lawsuit to proceed. It was brought by one of the four accusers. The judge restored the lawsuit after one of Kelly's attorneys explained that the singer never responded to being served because he's illiterate and couldn't read the documents.

A judge who ordered a default judgment against R. Kelly after the singer failed to respond to a lawsuit filed by one of his alleged victims now says the suit can proceed.

The Chicago Sun-Times reports that Cook County Judge Moira Johnson on Wednesday reinstated the lawsuit after Kelly's attorneys said the singer never responded to it because he's illiterate and couldn't read the documents when he was served with them.

The lawsuit was filed by a woman identified as "H.W.," who is one of the four women that Kelly is charged in a criminal case with sexually abusing. She contends she began a sexual relationship with Kelly in 1998 when she was 16.

Kelly is scheduled to appear at another hearing Wednesday in his unrelated child support case.