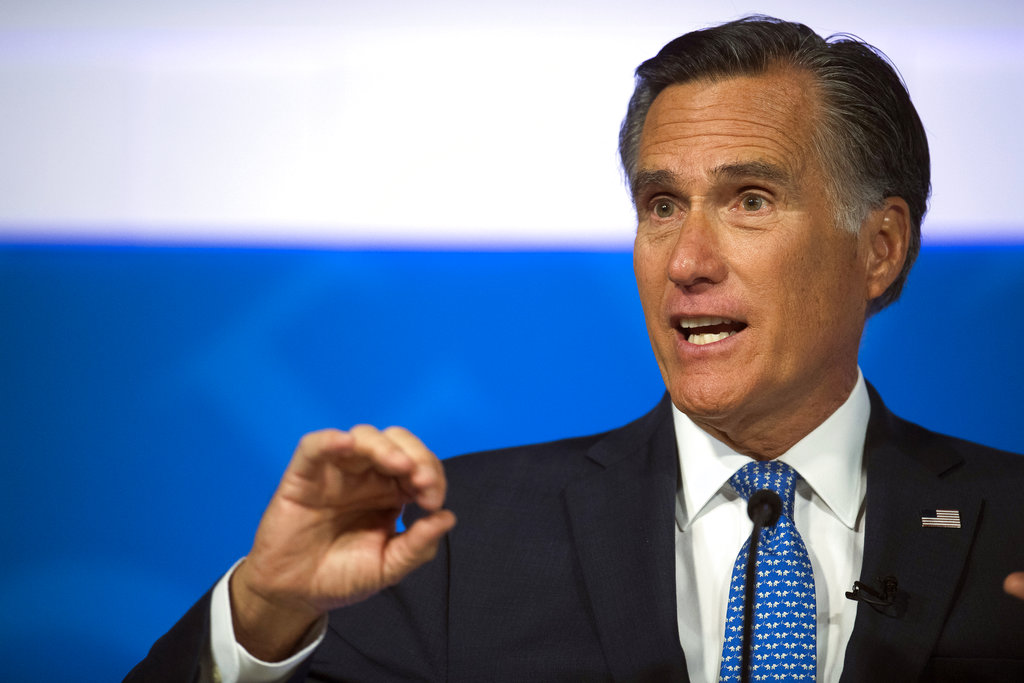 Sen.-elect Mitt Romney has broadly criticized President Donald Trump's policies and character in a newspaper column, arguing that the president "has not risen to the mantle of the office."

In an op-ed for The Washington Post, the Utah Republican says Trump's shortfall has been most glaring in the area of presidential leadership in qualities of character.

Romney's biting public assessment of Trump comes as the president and Senate Republicans face a new governing dynamic after losing House control to Democrats. The opposition party is prepared to oppose Trump on a number of policies and has promised a slew of investigations into his actions.

Trump's campaign manager, Brad Parscale, accused Romney in a tweet of jealousy, saying Romney lacked the ability to save the nation while Trump had saved it.

Utah Sen.-elect Mitt Romney says President Donald Trump's "conduct over the past two years ... is evidence that the president has not risen to the mantle of the office."

The Republican presidential nominee in 2012 is praising some of Trump's policy decisions in a Washington Post op-ed published Tuesday. But Romney adds: "With the nation so divided, resentful and angry, presidential leadership in qualities of character is indispensable. And it is in this province where the incumbent's shortfall has been most glaring."

Romney says he doesn't intend to comment on every Trump tweet, but he promises to "speak out against significant statements or actions that are divisive, racist, sexist, anti-immigrant, dishonest or destructive to democratic institutions."

The former Massachusetts governor will be sworn into the Senate on Thursday.

Incoming House members prep for do's and don'ts on the Hill