The Latest: Ryan, Trump at odds on birthright citizenship 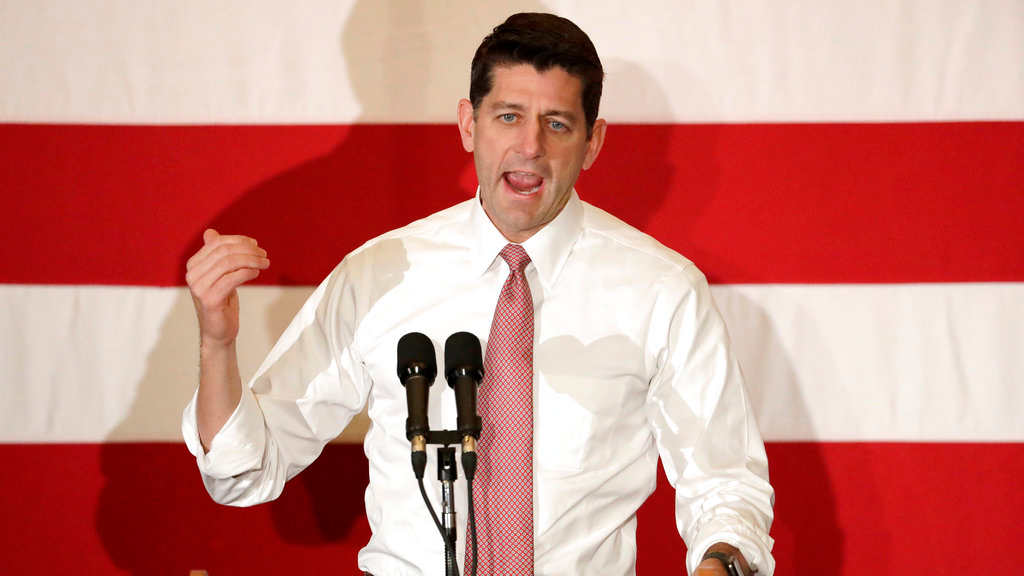 The top Republican tells WVLK radio in Kentucky, "Well you obviously cannot do that. You cannot end birthright citizenship with an executive order."

Ryan's comments Tuesday offered a rare challenge to the president — from his own party.

Trump tells "Axios on HBO" he wants to end birthright citizenship for babies born to non-citizens and immigrants not authorized to be in the United States.

Constitutional scholars are questioning whether changes could be made without Congress.

Ryan says Republicans didn't like when then-President Barack Obama "tried changing immigration laws via executive action. He says "obviously as conservatives we believe in the Constitution."

Ryan is retiring but the No. 3 House Republican, Louisiana's Rep. Steve Scalise, said on Fox that he's glad Trump is considering options.

Pence said Tuesday the administration is looking at action that would revise birthright citizenship, which is guaranteed under the 14th Amendment. The amendment's Citizenship Clause says all people born or naturalized in the United States are citizens of the United States.

Pence says the Supreme Court has never ruled on whether the language in the amendment applies specifically to people in the country illegally.

In a Politico interview, Pence denied that President Donald Trump's current talk about immigration is a scare tactic to rally Republican support in the midterms.

Trump tells "Axios on HBO" he wants to end birthright citizenship for babies born to non-citizens and immigrants not authorized to be in the U.S.

A person familiar with internal White House debate says the topic of birthright citizenship has come up various times over at least the last year.

President Donald Trump tells "Axios on HBO" he wants to end birthright citizenship for babies born to non-citizens and immigrants not authorized to be in the U.S.

White House lawyers expect to work with the Justice Department to develop a legal justification for the action. It's one of many immigration changes being discussed including asylum law changes and barring the migrant caravan from entering the U.S.

Administration officials say there likely would be no decisions until after the midterms.

The person familiar with internal White House debate wasn't authorized to speak publicly and spoke Tuesday to The Associated Press on the condition of anonymity.

Sarah Turberville directs The Constitution Project at the Project on Government Oversight and says Trump is "not a king" and "can't announce what the law is."

Other experts said Tuesday such an executive order might be possible if narrowly drawn but would violate the spirit of the Constitution's 14th Amendment.

As early as 2015, Trump characterized birthright citizenship as a "magnet" for illegal immigration and the 14th Amendment as "questionable" in this context.

President Donald Trump says he wants to order the end of the constitutional right to citizenship for babies of non-citizens and unauthorized immigrants born in the United States.

The president's comments to "Axios on HBO" come amid a renewed push for hardline immigration policies before the midterm elections. Trump believes focusing on immigration will energize his supporters and help Republicans keep control of Congress.

Revoking birthright citizenship would spark a court fight over the president's unilateral ability to change an amendment to the Constitution. The 14th Amendment guarantees that right for children born in the U.S.

Trump says White House lawyers are reviewing his proposal. It is unclear how quickly he'd act on an executive order.