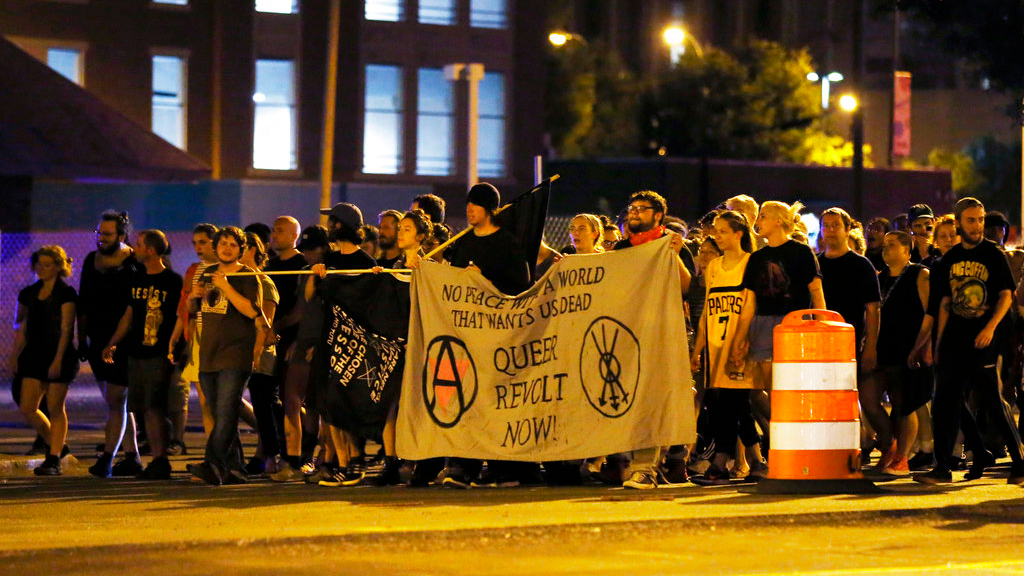 Protesters march on Broad Street late Sunday Aug. 13, 2017, in Richmond, Va. The group marched through the Fan District to the Lee Monument to Jackson Ward. The march was held a day after a white supremacist rally spiraled into deadly violence in Charlottesville, Va. (Shelby Lum/Richmond Times-Dispatch via AP)

The Latest on President Donald Trump and the weekend violence and death in Charlottesville, Virginia: all times local):

Attorney General Jeff Sessions says "too much has been read into" President Donald Trump's statement Saturday amid violence at a protest in Charlottesville, Virginia, related to the removal of a Confederate monument.

Sessions told NBC's "Today" that Trump had "explicitly condemned" violence and that "he totally opposes" the values espoused by white supremacy organizations. Trump referenced violence "on many sides." An excerpt of the interview was aired Monday.

Sessions told the network, "I think he will do what is correct. ... Facts have come out in the interim."

Sessions also said that he and FBI officials have a meeting scheduled with Trump on Monday, saying "we're on this case."

As President Donald Trump remained out of sight and silent, pressure mounted from both sides of the aisle for him to explicitly condemn white supremacists and hate groups involved in deadly, race-fueled clashes in Charlottesville, Virginia.

Trump, who has been at his New Jersey golf club on a working vacation, was set to make a one-day return to Washington on Monday to sign an executive action on China's trade practices. But he will likely be unable to escape questions and criticism for his initial response to the Saturday's violence, for which he blamed bigotry on "many sides."

The White House tried to stem the damage on Sunday. Senior aides were dispatched to the morning news shows, yet they struggled at times to explain the president's position. A new White House statement on Sunday explicitly denounced the Ku Klux Klan and neo-Nazi groups, but it was attributed to an unnamed spokesperson and not the president himself.

American tourist gives Nazi salute in Germany, is beaten up