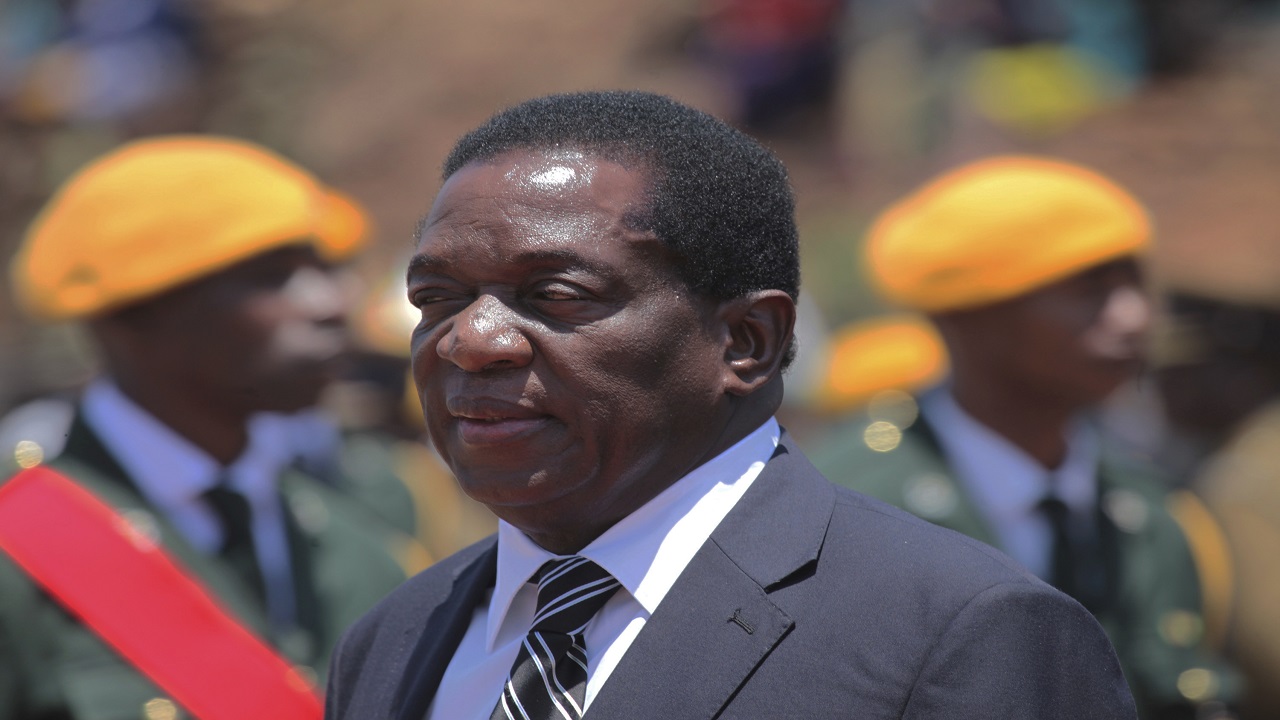 Zimbabwe's fired vice president Emmerson Mnangagwa is seen at the Heroes Acre in Harare in this Wednesday, Nov., 1, 2017 photo.

The Latest on firing of Zimbabwe vice president (all times local):

Zimbabwe's War Veterans Association says it has expelled President Robert Mugabe as its leader and has formed a revolutionary council to take over the ruling ZANU-PF party.

The association of former fighters for independence is loyal to fired vice president Emmerson Mnangagwa, who says he has left Zimbabwe after threats. Mugabe accuses his former deputy of plotting to take power, which Mnangagwa denies.

The war veterans' statement uses language similar to that used by Mugabe's guerrillas during their fight against white minority-ruled Rhodesia in the 1970s.

Zimbabwe's fired vice president says he has left the country after receiving threats but he vows to return to lead the nation.

Emmerson Mnangagwa says in a statement obtained Wednesday that he had to leave Zimbabwe because of "incessant threats" to him and his family by people who allegedly have tried to kill him in the past.

Mnangagwa says he is safe but does not mention his location.

President Robert Mugabe said he fired Mnangagwa, one of Zimbabwe's two vice presidents, earlier this week for scheming to take power, including by consulting witch doctors.

Zimbabwe's president says he fired his longtime ally for scheming to take power, including by consulting witch doctors.

President Robert Mugabe spoke publicly Wednesday for the first time since dismissing Emmerson Mnangagwa, who had been seen as Mugabe's potential successor. Now Mugabe's wife appears poised for the role.

The 93-year-old Mugabe told thousands of cheering supporters that Mnangagwa had plotted to take over since becoming a vice president in 2014.

Mnangagwa replaced Joice Mujuru, who had been ousted and accused by Mugabe of using witchcraft to take power.

"We have kicked him out for the same reasons," Mugabe said of Mnangagwa.

First lady Grace Mugabe has been endorsed by ruling party organs to take over from Mnangagwa as vice president, which puts her in prime position to succeed her husband.