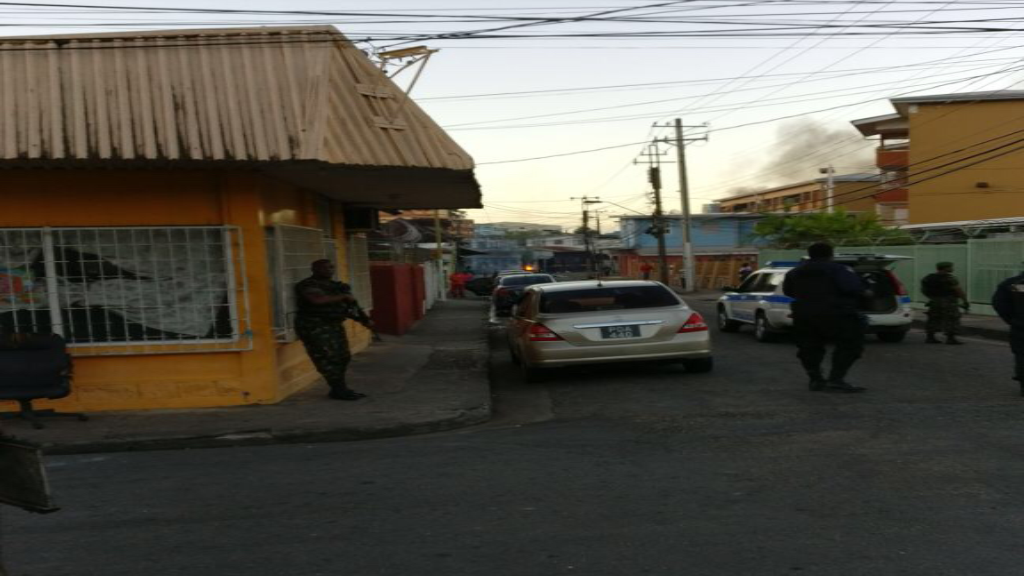 An alleged police shooting in Laventille early on Monday prompted protests in the community.

Officers of the Inter-Agency Task Force (IATF) went to the Basilon Street home of 25-year-old Akile ‘Christmas’ James around 3 am to execute a search warrant for firearms and ammunition, when they were allegedly shot at, causing the lawmen to return fire.

Initial reports indicate the officers visited his home in connection with a recent high profile murder in the Port-of-Spain district.

Residents claim, however, that there was no 'confrontation' as suggested by police and James was murdered while still in bed.

There are reports that crime scene investigators were also shot at when they visited the scene.

Protesters blocked off Observatory Street, Piccadilly Street, Calvary Hill and some others with used tires and burning rubbish.

While it is unclear how the protestors got the driver of a garbage truck to assist, there is video which clearly shows the vehicle stopping and unloading its contents to block the roadway.

This led to the response of officers from the IATF, the Port of Spain Task Force, the Guard and Emergency Branch, the Besson Street Police Station, and the TT Defence Force.

Police were able to quell the protests to allow the free flow of traffic, however, residents have threatened to simply move their protests later on in the day to lower streets such as Duke Street.

While officers were on duty, they reported hearing several loud explosions which sounded like gunshots, however, no injuries were reported nor was any damage visible to the areas near their locations.