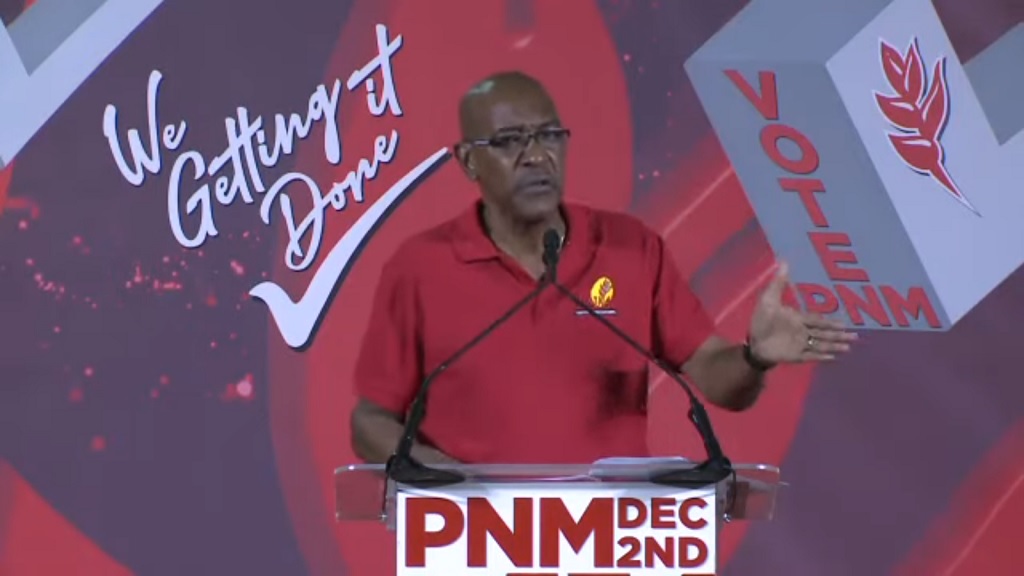 Minister of Public Utilities, Robert Le Hunte, said Siparia residents who get water only once per week can look forward to an increase in their water supply next year, once several programme upgrades are made.

Le Hunte was speaking at a public PNM meeting in Thick Village, Siparia in the run-up to the December 2 local government election.

Le Hunte, who said he grew up in Fyzabad and Siparia, said he understands the challenges the area has regarding the water supply.

"The Member of Parliament for Siparia...has been in UNC for years. Siparia Regional Corporation they have been there for years and still in this area we have nothing to show for it."

"I get about a hundred text messages every morning about leaks (etc.)...I know how the people in this area are suffering for water," he said.

He said the issue lies in re-routing the water to where it needs to go.

"In Trinidad and Tobago we produce about 240 million gallons of water...we are not a country that doesn't produce plenty water."

"The problem we have...is our ability...almost 70 percent of our water comes from Central (and Northeast Trinidad), and we have to get that water all the way down South."

“So we have to fix our network and create the booster system to be able to get the water down here. In some areas we know people get 24/7 water but our people down here, we are fighting, lucky if we get water one day a week."

“Therefore that is definitely not right. We put down a booster station in Savonetta, and we upgraded the Teak and South Oropouche Booster stations. We are now in the position that when we get water, we are going to be able to push more water from Central Trinidad and the Northeast and get more water down here in these areas,” he said.

He said wells are also being drilled in Granville and leaks are being repaired in areas such as Oropouche which will allow them to improve the water situation.

“I can’t promise water 24/7 next year because I’m not a magician. I can’t wave a wand and make it happen but what I can tell you is that the infrastructure we are doing will allow for us to be able to get water at least two or three days a week starting from next year."

He said community water projects have also been started at locations such as Solomon Trace, Ramsookie Trace, and Caratal.

“We are fixing the programme even though we have less money,” he said.

Le Hunte added that based on the efforts of local councillors, various playgrounds and streets in the area now have electricity.

“We are working incrementally on making your lives better….and doing more with less because it’s about getting the job done,” he said.