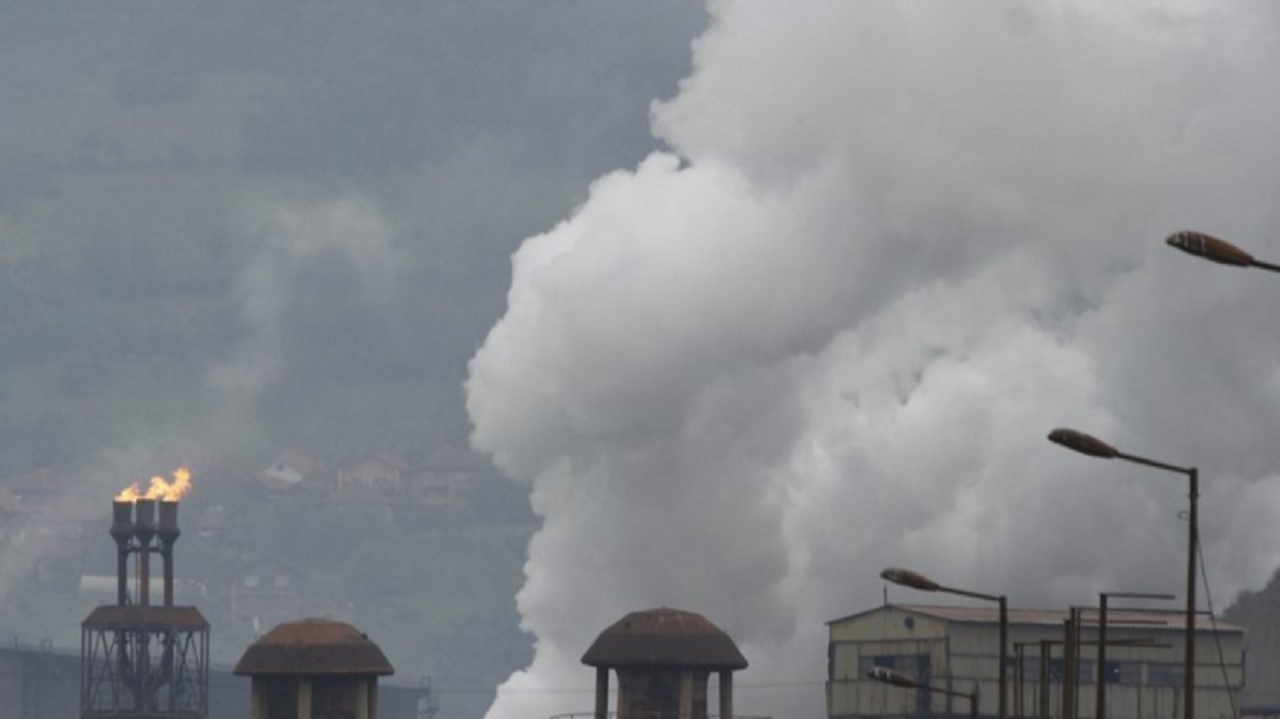 Smoke from “Mittal Steel” factory rising in the air in Bosnian town of Zenica, Bosnia, on Friday, June, 2, 2017. Environmental activists in Bosnia, one of the poorest European countries suffering from some of the world’s highest levels of air pollution, are disappointed and concerned over the decision by President Donald Trump to pull the U.S. out of the Paris climate accord.

A Malian cattle herder, German environmental activists, leaders from Mexico to China — they’re among millions on Friday denouncing President Donald Trump’s decision to pull the United States out of the Paris climate accord.

Many nations pledged to ramp up their efforts to curb global warming instead.

Some allies pointedly refrained from criticism, however, and Russian President Vladimir Putin even joked that Trump’s move made him a convenient scapegoat for any bad weather.

“This decision can’t and won’t stop all those of us who feel obliged to protect the planet,” she said. “On the contrary. We in Germany, Europe and the world will combine our forces more resolutely than ever to address and successfully tackle challenges for humanity such as climate change.”

Greenpeace activists projected Trump’s silhouette onto the side of the U.S. Embassy in Berlin along with the words “#TotalLoser, so sad!”

In what could herald a tilt away from trans-Atlantic ties, European and Chinese officials joined to affirm their commitment to the Paris agreement, widely considered a landmark deal for bringing together almost all countries under a common goal.

European Council chief Donald Tusk, after meeting with visiting Chinese Premier Li Keqiang in Brussels, said the EU and China “are convinced that yesterday’s decision by the United States to leave the Paris agreement is a big mistake.”

Referring to “the latest unfortunate decisions of the new administration,” Tusk said that the EU and China had “demonstrated solidarity with future generations.”

Trump said the United States would be willing to rejoin the accord if it could obtain more favorable terms, but the leaders of France, Germany and Italy said in a joint statement that the agreement cannot be renegotiated.

Scientists blame manmade climate change for rising seas and increasing extreme weather. In the African country of Mali, many see global warming as the reason for a protracted drought.

“The drought has become so severe that my animals are eating the branches of dried trees,” he told The Associated Press on Friday. “I would tell Trump that here the misery is caused by climate change, and if he doesn’t pay attention, the United States will be touched one day by these problems, too.”

Fanta Coulibaly, 65, who sells vegetables in Mali’s capital, Bamako, remembers when there was enough rain this time of year.

“Our rainy season used to start at the beginning of May but now it’s the end of June, sometimes July, before the rains come regularly. The climate agreement gives me hope, and I ask Trump to think of us.”

Poor countries are predicted to be among the hardest hit by global warming, with some foreseeing tens of millions of “climate refugees” in coming decades.

South Africa called the U.S. pullout “an abdication of global responsibility. It said the U.S. has a “moral obligation” to support poorer countries in the effort against climate change.

Former Mexican President Vicente Fox said on Twitter that Trump is “declaring war on the planet itself.”

Environmental activists in Bosnia, one of the poorest European countries, said they were worried the Trump’s move would empower global polluters.

But activist Samir Lemes of the Eko Forum group in the industrial town of Zenica voiced hope the “unfortunate decision” would energize environmental protection efforts. “This (decision) is an accident our planet had been made to suffer, but it should be used to raise global awareness,” he said.

In Paris, where the agreement was reached after painstaking negotiations, President Emmanuel Macron encouraged an American brain drain, inviting U.S. climate scientists to move to France instead.

Paris Mayor Anne Hidalgo insisted that clean energy is already creating jobs and boosting economies, contrary to Trump’s claims, and called him “a representative of a world gone by, a world that is looking back in the rear-view mirror and does not see what is happening today.”

She shrugged off Trump’s remark that he was elected to represent the people of Pittsburgh, not Paris.

“He must be the only person on the planet who doesn’t like Paris,” Hidalgo joked.

Other world leaders were more reticent in their criticism, either out of domestic concerns or because they don’t want to alienate the U.S. as an important ally.

Putin, speaking at an economic forum in St. Petersburg, avoided criticizing Trump and noted the Paris accord offers broad maneuvering room for each signatory nation.

He joked that Trump’s move made him a convenient person to blame for any bad weather, including wet snow in Moscow on Friday.

“Now we can dump it all on him and American imperialism,” Putin said.

India, a major polluter and a growing economy, has kept mum on whether the U.S. decision will affect Indian energy policy, and Prime Minister Narendra Modi — who is coming to Paris on Saturday to meet Macron — offered no reaction to Trump’s decision.

The Paris accord aims to prevent average temperature around the world from heating up by more than 2 degrees Celsius (3.6 degrees Fahrenheit) before the end of the century, compared to before the start of the industrial age.

Scientists say every fraction of a degree change in average temperatures can lead to noticeable swings in local weather patterns, although consequences are difficult to predict.