At least 12 people killed in horror bus crash in Haiti 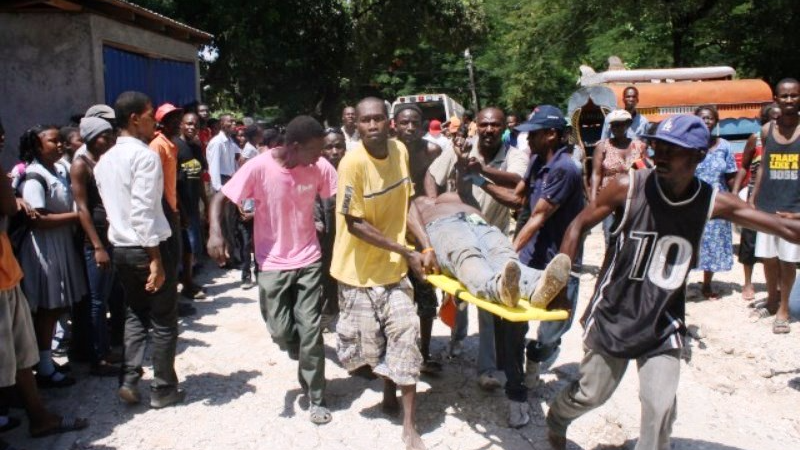 Loop Haiti reported the accident occurred after the braking system on the vehicle failed.

At least 12 people were killed and approximately twenty others injured in the devastating crash on National Road # 2 at 5pm on Saturday in Cavaillon which is located in southern Haiti.

The information was communicated by the Civil Protection of Haiti via Twitter. The state body initially reported that 11 people were killed and 15 wounded.

Speaking later, the mayor of Cavaillon Ernst Ais confirmed 12 people lost their lives in the accident.

According to the Mayor, the driver lost control of the bus after the braking system failed.

Most of the victims were merchants who were stationed on both sides of the road, but also passengers of the vehicle.

The victims and injured are being treated at The Immaculate Conception Hospital (Les Cayes) which is located twenty minutes from Cavaillon.

Bus runs into crowd in Haiti, killing at least 34 people