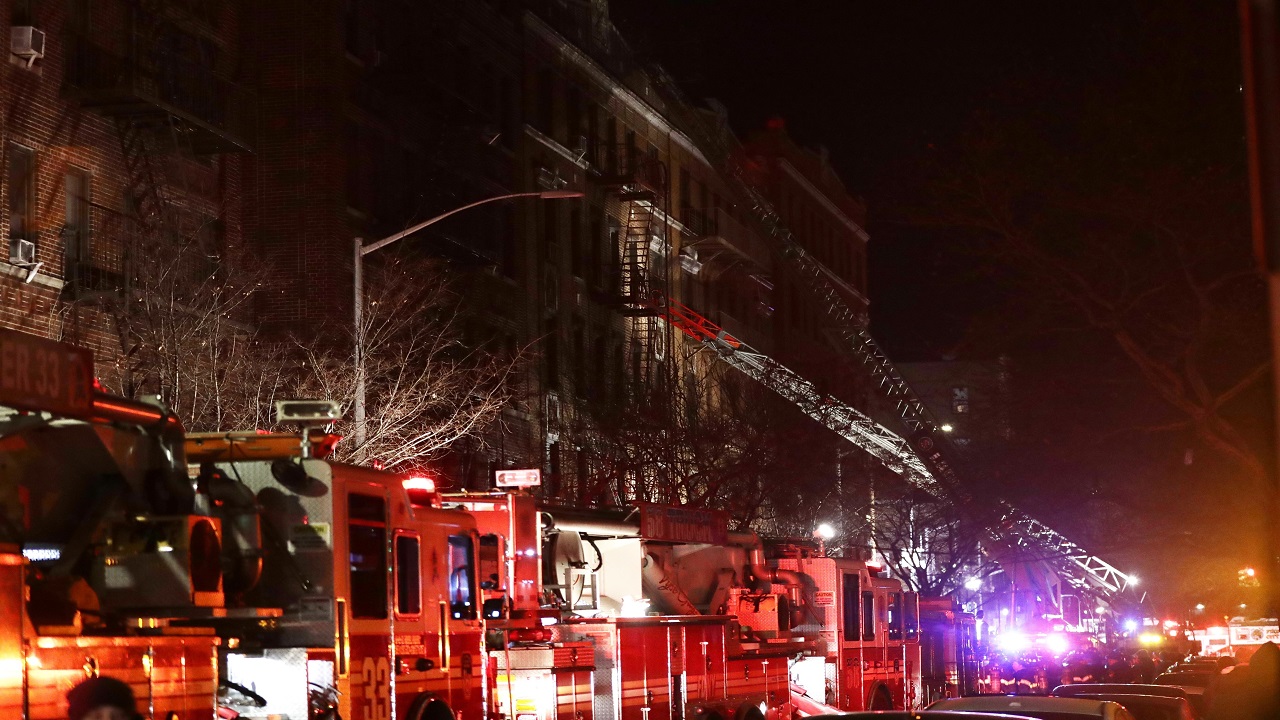 At least four people who perished in a massive fire Thursday in an apartment building in the Bronx, New York are reportedly Jamaicans. A fifth victim who has been hospitalised in critical condition is also said to be Jamaican.

The deceased are reportedly from Spanish Town, St Catherine and were among family members who had been living in the New York area over the past 10 years, Loop News understands.

Twelve people, including children perished in the blaze which has been described as New York’s worst since a 1990 apartment fire claimed 87 lives. Four persons were critically injured.

Jamaica’s Ministry of Foreign Affairs said it had received unconfirmed reports that Jamaicans, including children, are among the victims.

The fire broke out around 6:51 pm (2351 GMT) Thursday in a 25-apartment building near the Bronx Zoo, one of the most popular tourist attractions in the US financial capital.

Fueled by strong gusts of frigid wind, the flames quickly raced through the building.

More than 160 firefighters rushed to the scene and took some three hours to control the blaze, local media reported. In the bitter cold, water leaking from the hoses froze on the pavement.

Three girls -  aged one, two and seven - and an unidentified boy were among the dead, police said Friday. A 19-year-old woman was also killed.

Tearful residents said they heard cries of "fire, fire" in the building followed by a mad rush to exit the smoke-filled building. Many fled into the frigid night with just the clothes on their backs.

The fire was said to have been started by a three-year-old boy playing with the burners of a stove.

New York’s Mayor Bill de Blasio called it an "unspeakable tragedy," in the middle of the holiday season.