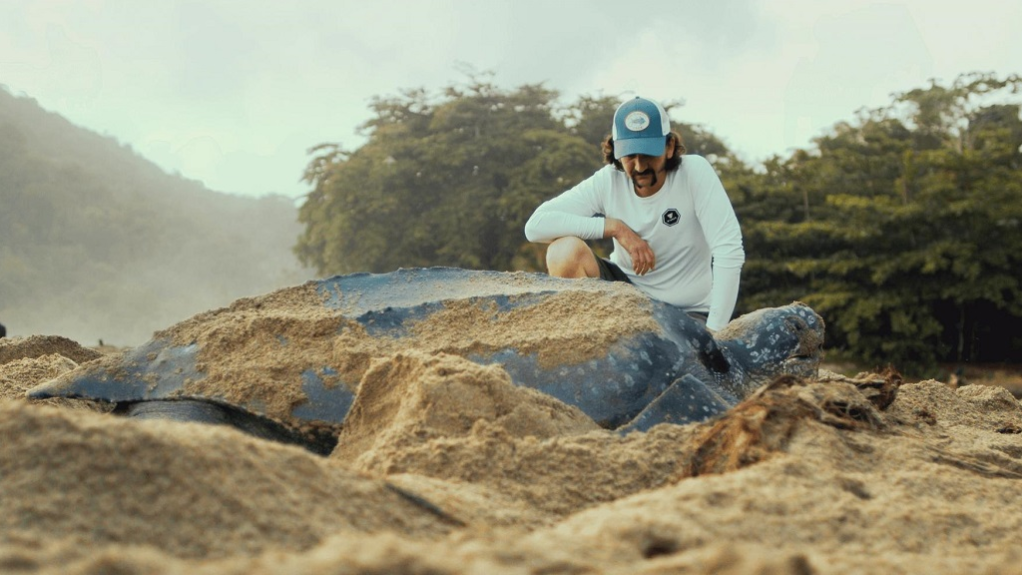 The impact of fishing nets against the endangered Leatherback turtles which visit Trinidad and Tobago's shores were featured on US docu-series Blue Habits earlier this week.

The programme is part of a five-part docu-series highlighting sustainability in food production and ocean conservation, produced by the Oceanic Society.

"We are thrilled to share the third episode of our Blue Habits video series, a five part docu-series that explores key issues in ocean conservation and aims to motivate individual actions for ocean conservation.

“Blue Habits: Episode 3, Trinidad was filmed during our most recent Five for 50 expedition to Trinidad and explores the issue of sustainable seafood through the lens of chef Trevor Kunk, who has worked in some of the top restaurant kitchens in the country.

“We hear what drives Trevor to care about sustainability, we explore the bycatch problem in Trinidad, and we try to find sustainable seafood solutions that will support healthy sea turtle populations, healthy oceans, and healthy coastal communities for generations to come,” the Society said.

The crew visited Trinidad and Tobago from May 11-15, 2019 to explore Grande Riviere Beach, Matura and the Caroni Bird Sanctuary.

Kunk, a New York chef who has worked in some of America’s top kitchens, looked at the source of seafood being exported from Trinidad and Tobago to examine whether they were being sourced responsibly.

In the video, a local fisherman admitted sometimes catching dozens of turtles in one night as they became entangled in fishing nets.

He said he tried to save them but some of them died.

The organisation says consumers need to be more active in asking questions about the source of their food, and whether it was procured in a sustainable way.

"Making responsible seafood choices is one of the most important ways that you can contribute to healthier oceans. Thankfully, there is growing consumer demand for seafood that is both ethical and sustainable."

"An increasing number of people want to ensure they are making responsible decisions when it comes to their seafood choices, and more than 80% of global seafood consumers believe it is important for seafood to be protected for future generations. For more suggestions on making good seafood choices, visit our Blue Habits program’s guide to choosing sustainable seafood."

What is bycatch and how is it dangerous?

Bycatch refers to marine animals which are caught as a result of an encounter with fishing vessels and gear, but are discarded instead of being sold for consumption.

According to the World Wildlife Fund (WWF), the single greatest threat to most sea turtles is fishing gear - hundreds of thousands of turtles are accidentally caught by gillnets, shrimp trawl nets and on longline hooks each year.

WWF said it is working to introduce a different type of hook in Pacific longline fisheries that reduces marine turtle deaths by as much as 90 percent, without adversely affecting catches of swordfish and tuna.

These "circle" hooks are much less likely to be swallowed by turtles than traditional J-shaped hooks, which cause suffocation or internal bleeding when swallowed.

Consumers can do their part by looking for labels indicating sustainable practices or asking for information on how their food is sourced.