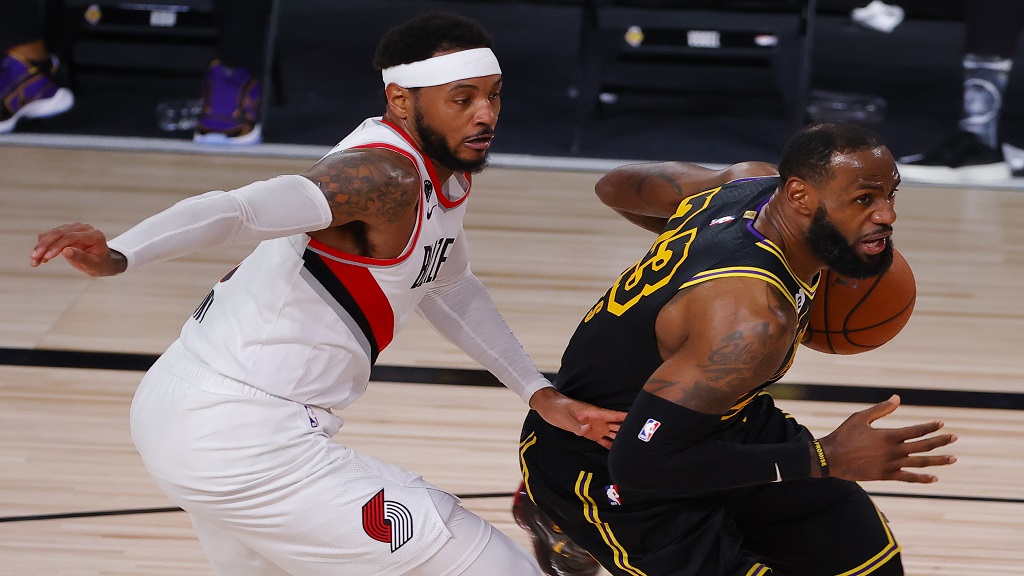 LeBron James and a host of other NBA stars supported the Milwaukee Bucks' boycott of Game 5 in the playoffs and said as games were postponed: "We demand change."

Eastern Conference top seeds the Bucks – leading 3-1 in the first-round series – decided to sit out Wednesday's matchup against the Orlando Magic in protest following the shooting of Jacob Blake.

The call prompted the NBA to postpone all three of Wednesday's postseason games, including the Western Conference clash between James' Lakers and the Portland Trail Blazers at Walt Disney World Resort in Orlando, Florida.

After Game 4 in that series, which the top-seeded Lakers lead 3-1, James had said he was praying for the family of Blake, a black man, who was shot repeatedly in the back by police in Wisconsin.

In a Twitter post as news broke of Milwaukee's protest, the three-time NBA champion and four-time MVP added: "F*** THIS MAN!!!! WE DEMAND CHANGE. SICK OF IT."

James was joined by others around the league, as Utah Jazz star Donovan Mitchell wrote: "WE DEMAND CHANGE! SALUTE @Bucks."

Jamal Murray, playing a series against the Jazz for the Denver Nuggets in the west, posted: "WE DEMAND JUSTICE!!!"

"Just in case you forgot," the Washington Wizards' John Wall wrote, with a picture reading: "We will no longer shut up and dribble."

The Bucks' protest came four years to the day since Colin Kaepernick's demonstration against police brutality and racial inequality as he knelt during the national anthem before a preseason NFL game.

And Milwaukee's actions had support in the NFL, too, as Tyrann Mathieu of the Kansas City Chiefs said: "FED UP. Ain't enough money in world to keep overlooking true issues that effect the mind body & soul of what we do.

"We cannot be happy for self when our communities are suffering & innocent folk are dying.. since George Floyd, there have been at least 20 other police shootings."