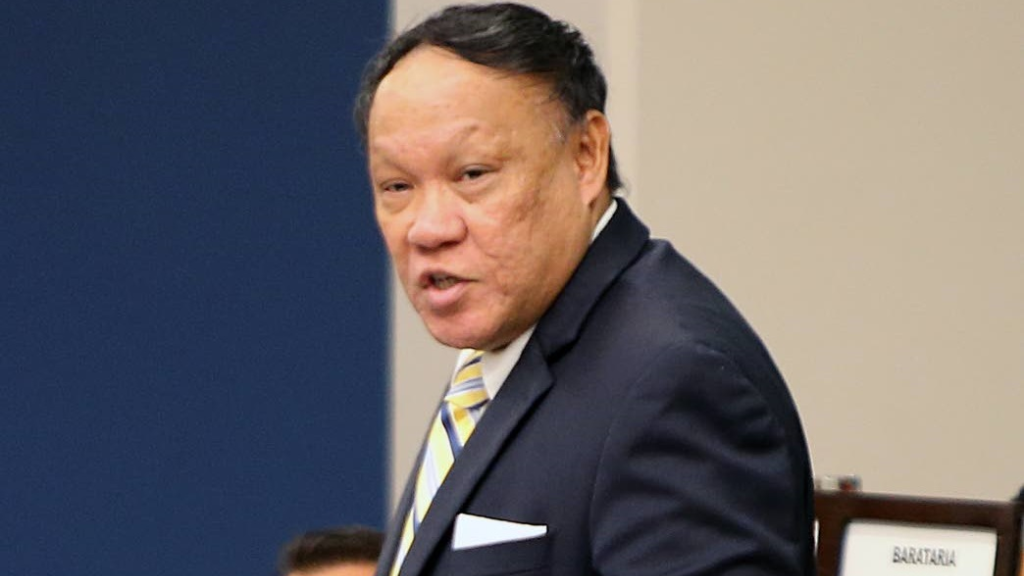 Opposition Chief Whip and Member of Parliament for Pointe-a-Pierre David Lee has responded to Government criticism over the failure of the United National Congress (UNC) to support the Anti-Gang (Amendment) Bill, 2020.

All 19 Opposition MPs abstained from voting for the bill, which required a three-fifths majority.

On Friday, Leader of Government Business in the House Camille Robinson-Regis called on the Opposition "to put aside petty agendas and put country first."

In response, Lee said the Opposition’s responsibility is to the people of Trinidad and Tobago, not to the PNM Government.

In a statement, he said: "We are not there to rubberstamp legislation that places a band-aid over an open wound while the Government ignores the wound that is festering."

The Opposition Chief Whip claimed the proliferation of gangs can be directly attributed to poverty, lack of employment opportunities and shortcomings in the system of education.

He said the PNM government has placed thousands of young people on the path towards crime by cutting expenditure on education, failing to manage the COVID-19 pandemic and ignoring the plight of the most vulnerable in society.

Lee said: "They have presided over massive jobs losses and closure of businesses. The solution in our view is not to be found in draconian legislation which gives the police the power to ride roughshod over the fundamental rights and freedoms guaranteed by our Constitution."

The UNC MP added that the Opposition has not seen any convincing evidence that these measures, which were in place for the last 30 months have made a significant impact on the scourge of crime plaguing our country.

He said: "The statistics show that the Anti-Gang Act has not worked. The offences that are classified as gang-related offences are already laws on the books for which a person can be charged such as - possession of firearm, murder, kidnapping and drug-related offences. How then can the Government justify continuing this law?" Lee added that "it is an absolute and blatant lie that the Opposition withholds it support on 3/5th special majority legislation."

He said the Parliament record will show that the UNC supported FATCA, Insurance Act 2016, Amendments to the Anti-Terrorism Act, Global Forum Package of laws and the Anti-Gang Act, 2018.

The UNC MP also sought to deny that the Opposition was obstructionist.

He said: "This Government in its usual incompetent manner will use the Parliament as a public relations tool to paint the Opposition as obstructionist. It is the Opposition that fought for many amendments to these laws before they were passed to ensure safeguards were in place to protect the constitutional rights of citizens from abuse. It is extremely concerning and worrisome that this Government flouts so easily prescribed constitutional provisions."

Lee added that the Opposition has made its position clear for the Government to fully proclaim and implement the Public Procurement and Disposal of Public Property Act.

He said: "That was not an empty or frivolous call; it is a well-known fact that better procurement practices reduce the possibility of gangs being funded through government spending. If the government is serious about suppressing gangs, it would implement the procurement legislation without further delay!"

The Opposition Chief Whip said the Prime Minister's absence during the vote showed his "lack of concern."