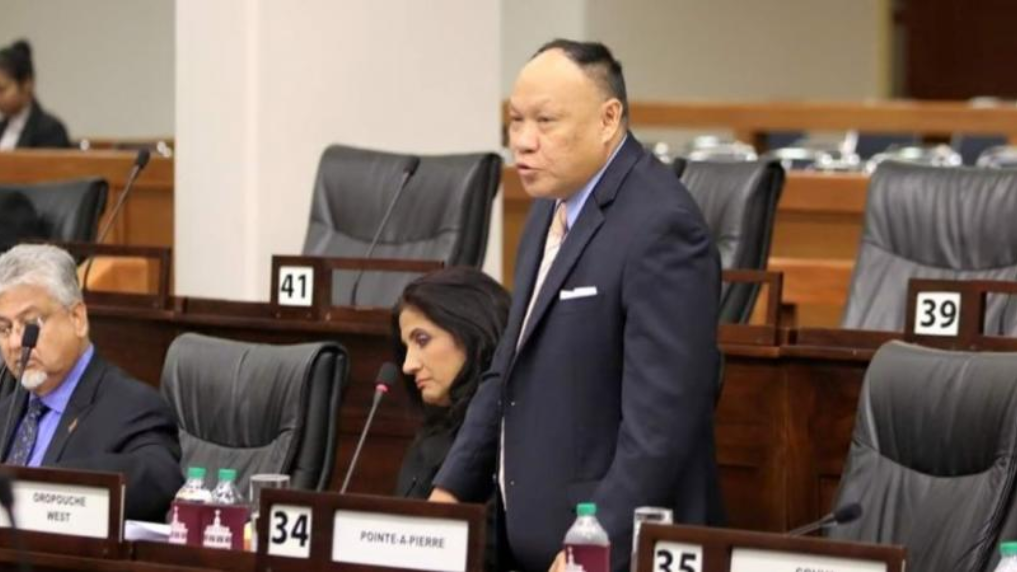 Pointe-a-Pierre MP David Lee said government's passage of the Income Tax (Amendment) Bill 2018 showed they are 'not committed to good legislation' after the Bill was passed in Parliament last Friday.

Lee said in a statement that by amending the legislation to be passed without Opposition's vote, government weakened the legislation which 'is just the same as passing nothing'.

"Last-night the PNM demonstrated that they are not committed to good legislation or good law but rather political optics. Rather than sitting with the Opposition and creating good law at the JSC level they prefer to "mash-up"/weaken their own legislation just to say they have passed law."

"They are being politically selfish because had they really valued the effects facing this nation they would have done all in their power to reach a middle ground with the Opposition. All they are really intent on doing is playing the Political Blame Game," he said.

Lee said government's refusal to go to a Joint Select Committee stemmed from their need to maintain a particular narrative.

"The reason this Government is afraid to go to a JSC is because it would kill the PNM's narrative; "the Opposition protecting criminals". At this point they need this narrative to be prolonged so they can mask the hardship they are putting this country through with their failed economic policies , closure of Petrotrin and crime. The longer they keep this going is the longer they get to deflect from the critical issues facing our nation. So they will do all in their power to keep this issue alive to blame the Opposition."

He accused government of making a 'mockery' out of the Global Forum.

"Then in 2018 they failed to bring this current legislation within an early time frame to allow proper Parliamentary scrutiny. Worse, instead of examining the three pieces of legislation which they were required to pass to satisfy the requirements of the Global Forum they only brought one.  Now we have seen instead of getting this one right, they virtually passed nothing."

"The Opposition leader must be commended because even when the PNM was undertaking this route, she continuously said "this isn't the way" as she remained determined that the best manner was to sit together and examine all three pieces of legislation at the JSC level."

"Last night (Friday night) the country really saw who has Trinidad and Tobago’s best interest at heart. They saw the Opposition till the very end pleading with Government to adopt a better approach to enact proper legislation. While they saw a Government who are willing to create weak legislation rather than put aside their egos and work collectively with the Opposition in the nation's best interest," he said.

The Bill seeks to amend the Income Tax Act in order for the country to meet international requirements coming out of Trinidad and Tobago’s 2015 Mutual Evaluation Report under the 40 Recommendations of the Financial Action Task Force, and Trinidad and Tobago’s obligations under the Tax Information Exchange Agreement with the United States of America and the Global Forum.