Legal challenges to Trump's travel ban mount from US states 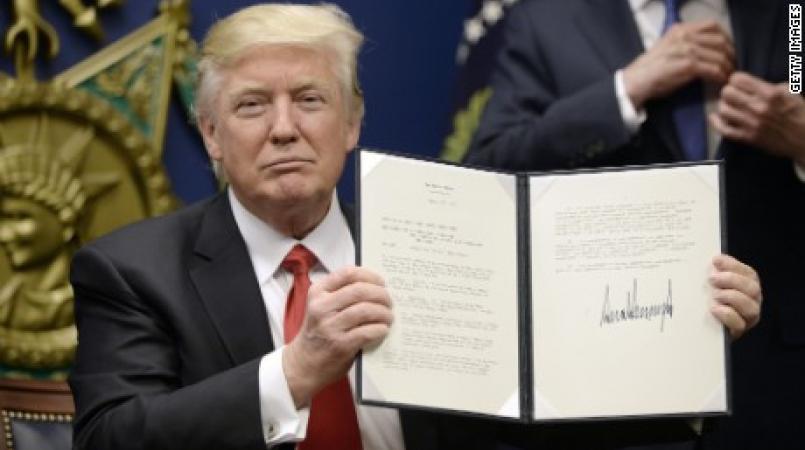 It came a day after Hawaii launched its own lawsuit, and Washington state Attorney General Bob Ferguson said both Oregon and New York had asked to join his state's legal action.

Washington was the first state to sue over the original ban, which resulted in Judge James Robart in Seattle halting its implementation around the country. Ferguson said the state would ask Robart to rule that his temporary restraining order against the first ban applies to Trump's revised action.

Unlike the initial order, the new one says current visa holders won't be affected and removes language that would give priority to religious minorities.

Ferguson said it's not the government, but the court, that gets to decide whether the revised order is different enough that it would not be covered by previous temporary restraining order.

"It cannot be a game of whack-a-mole for the court," he said. "That (temporary restraining order) we've already obtained remains in effect."

"We feel very confident with how that was crafted and the input that was given," Spicer said.

Ferguson said he was pleased that attorneys general from New York and Oregon had sought to take part in the legal action.

"We have a strong case and they are willing to join our efforts," he said of his fellow Democrats. New York Attorney General Eric Schneiderman in a statement called the executive order "a Muslim ban by another name."

In his initial lawsuit, Ferguson said the original ban was unconstitutional and hurt the state's businesses and universities.

The Trump administration says the old order will be revoked once the new one goes into effect on March 16.

In filing a lawsuit Wednesday night, Hawaii said the revised order would harm its Muslim population, tourism and foreign students

Attorneys for Hawaii filed the lawsuit against the U.S. government in federal court in Honolulu. The state had previously sued over Trump's initial travel ban, but that lawsuit was put on hold while other cases played out across the country.

Hawaii's complaint says it is suing to protect its residents, businesses, and schools, as well as its "sovereignty against illegal actions of President Donald J. Trump and the federal government."