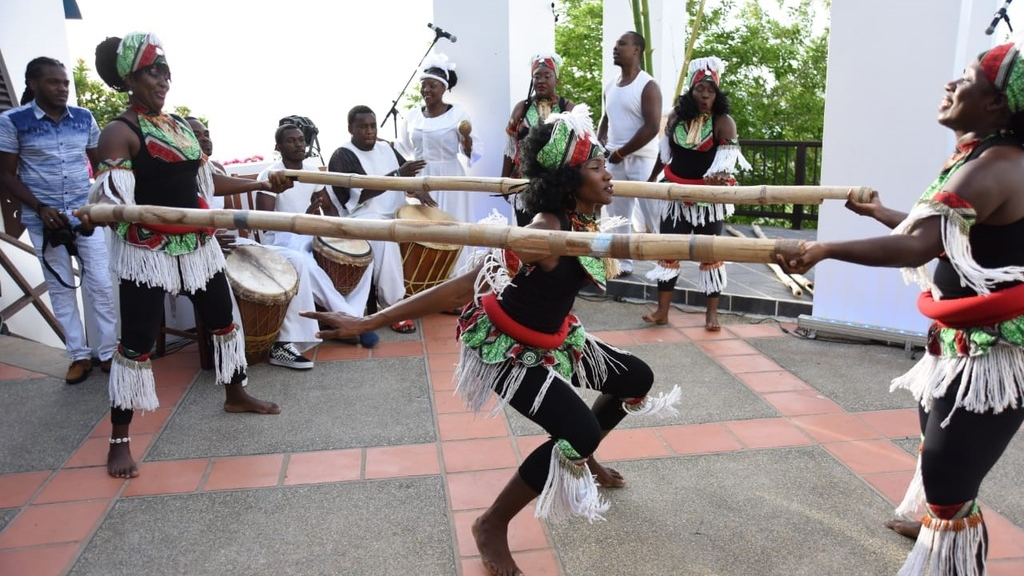 Tobago culture was alive at Leve 2019

Dr Auliana Poon is on a mission to prove that the Caribbean has everything that it needs to put itself to compete globally.

She uses chocolate as a prime example.

“Four hundred years ago we were told that we couldn’t make chocolate,” she told a group of media practitioners at the recently held Leve event.

“We now know that is a lie,” she declared as gushed over the brand of chocolates featured at this year’s event from a Dominican living in Tobago.

Poon stumbled across the chocolates just three days before her signature event and invited the chocolatier to showcase her goods.

Leve, held at Poon’s luxurious and exclusive Villa Being in Arnos Vale, is an annual event aimed at promoting the talents of Trinidad and Tobago’s artisans and putting them before prospective buyers and investors. 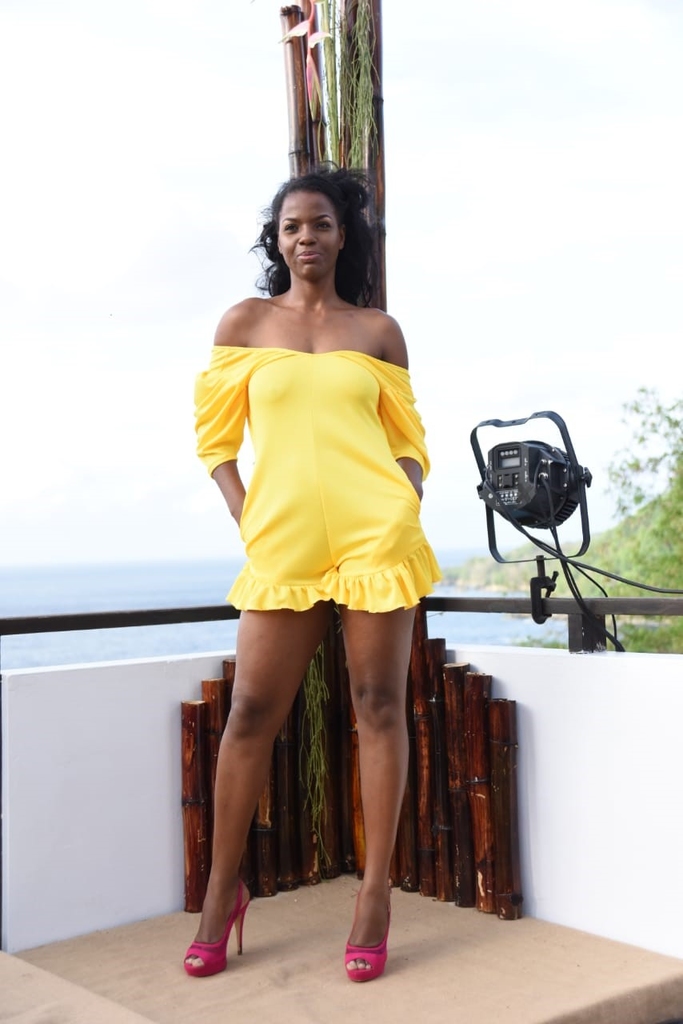 A model showing off a design from Christian Boucaud

There were also performances from the Les Couteaux performers.

Poon, the founder of the consultancy firm Tourism Intelligence Agency, is using Leve as a platform to show what we are capable of, build our self-confidence, and show the possibilities of our tourism product and to promote sustainability.

Asked what results she has noted in the four years of staging Leve, she said: “I have definitely seen that art is getting elevated to a certain level because no one links art with tourism. I also see a lot of the talent, fashion and those things benefitting and generating results. We are really aiming at changing mindsets. Whoever though vow renewal would be part of tourism,” she said, referring to the vow renewal ceremony that was the feature attraction at the 2018 event which was themed to position Tobago as a romance and wedding destination.

Dr Poon plans to take Leve global and is looking at staging an event in Trinidad later this year. In 2015 she created the Leve Academy to further develop the industry through training.

She hopes the event becomes best practice to inspire others to get up and make a difference.

A track record in tourism

Born and raised in Morvant, Poon became the first person in the world to graduate with a PhD in Technology and Travel.

She said she decided to marry those two areas after doing a Masters in Economics with Dr Trevor Farrell at the University of the West Indies and was introduced to microelectronics.

She had enough foresight to see that technology would be a game changer especially in the area of tourism, an industry so many islands in the Caribbean are dependent on.

“At first I really went to study microelectronics and then I realised but wait, these technologies would totally affect the way our competitive advantage in tourism because the entire Caribbean is dependent on sun, sand, and sea. Our whole industry could be destroyed if we don’t take advantage of the technology,” she said. 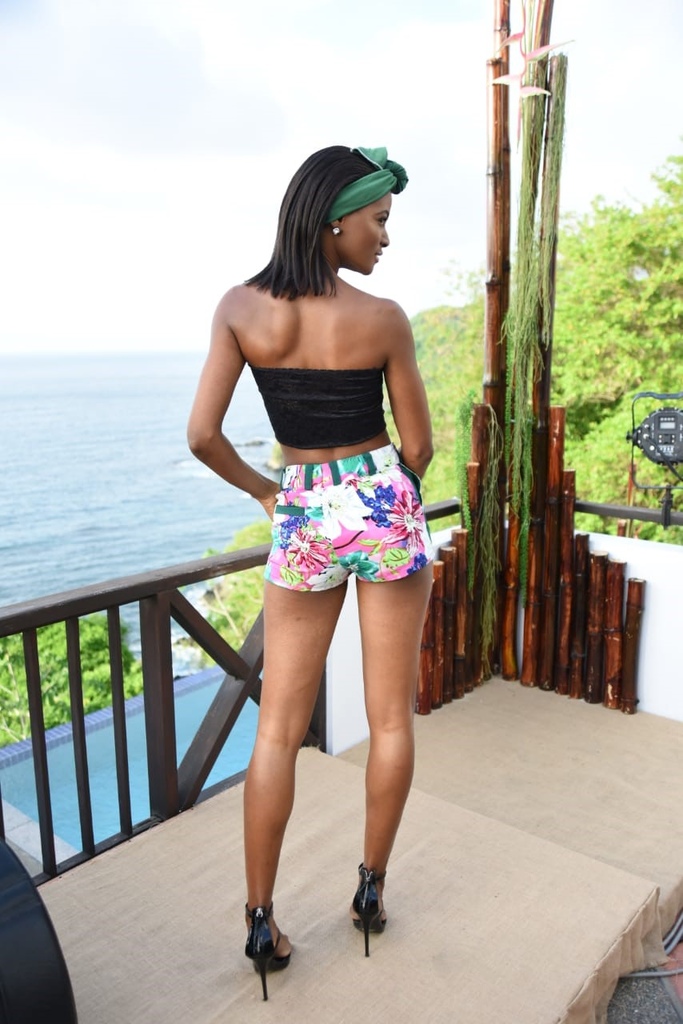 Following her studies, she wrote an article in the Annals of Tourism Research in 1988 called Technology and Tourism, Ideal Bedfellows.

That article led to an invitation to speak at the Intelligent Island Public Lecture in Singapore.

While waiting on her thesis to be approved, Poon wrote articles every month in academic publications, among them one entitled Innovation and the future of Tourism, which led to a call from the Caribbean Tourism Organisation to work as a Senior Economist.

Poon worked there for two years and moved to Belize where she worked as an advisor in the private sector to get more hands-on experience in eco-tourism and sustainable development.

She wrote a book called Tourism, Technology and Competitive Strategies which led to invitations to work as a consultant all over the world.

“I was invited to Iceland, Denmark, Norway, Sweden, Finland, all over the world to keynote their national conferences in tourism,” she said. 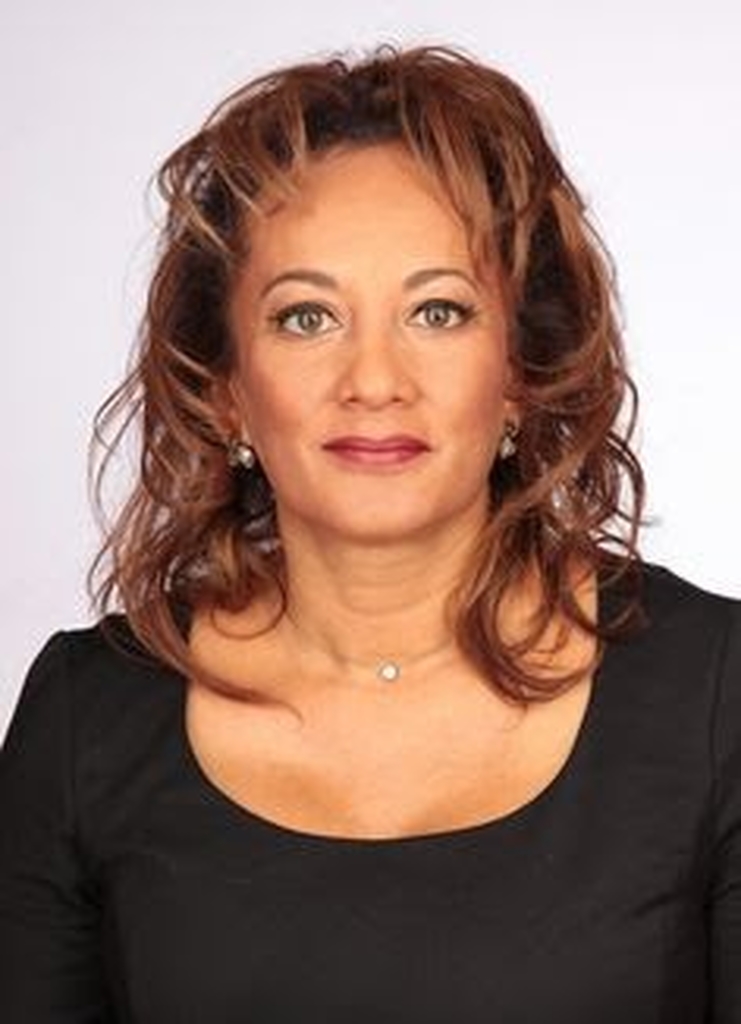 She founded her company Tourism Intelligence International and has worked as a consultant advising Governments on their tourism policies and strategies.

In Iceland, she said, she told them they can’t have their whale and eat it as she urged them to preserve the marine life.

In Jamaica, she worked with them on the national export strategy where she advised they do US customs on the island so when the mega ships from China arrive they could clear US customs, break bulk and send to different countries.

In Grand Bahama in the 90s when workers with suffering from worker fatigue, her company managed to convince the board to allow their workers to be tourists in their own country.

“We managed to turn around that industry. Employees were learning to play golf, dining in their own restaurants so the idea was that if business is down the rooms are empty anyway so why not use a slack in the system to rejuvenate the system? It was a small idea but it had a major impact,” she said.

Currently, Poon is working with Dominica and Montserrat to develop their tourism strategies. In Montserrat it is about turning ash to cash, creating a volcano value chain to make the volcano a central element of the visitor experience.  In Dominica, it is about creating strategies in keeping with the island’s aim to become the first climate resilient country in the world.

Poon said the key to her company’s success is the amount of intelligence they have gathered over the last 10 to 15 years. She works with contractors and teams as needed.

Tobago to be featured on National Geographic Traveller