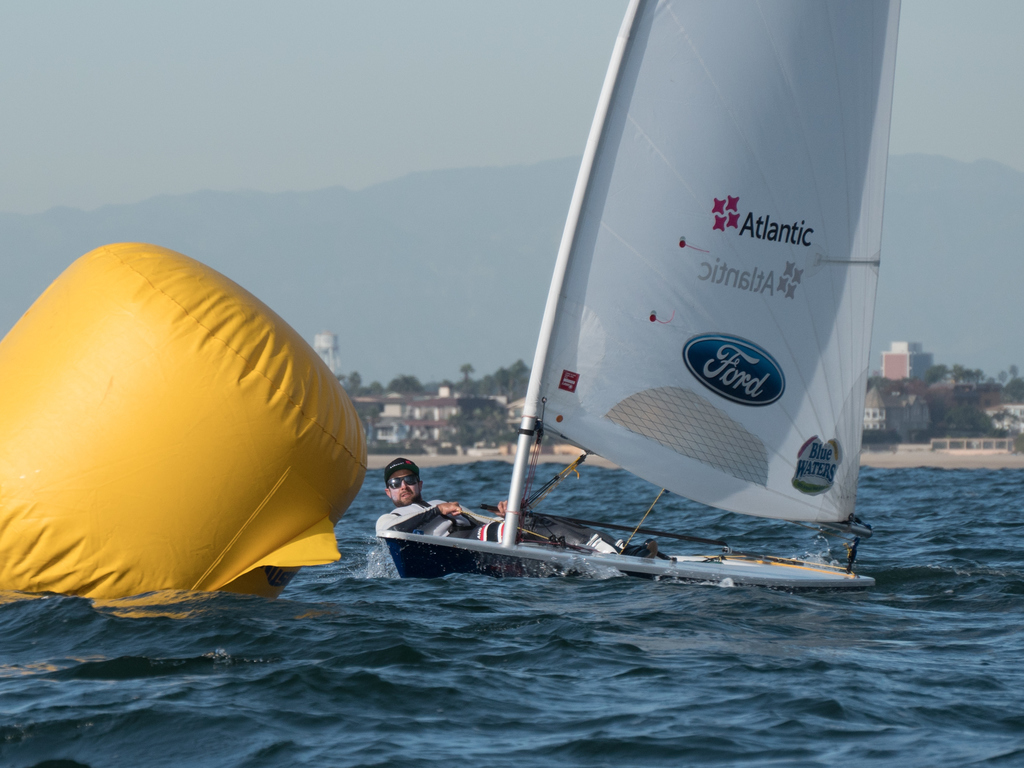 Trinidad and Tobago Olympic Sailor, Andrew Lewis is competing in the 49th Sofía Iberostar which began in Mallorca, Spain on Friday. The 28-year-old national sailor returned to competition earlier this year and is working towards his 2020 Olympic qualification.

The Mallorca regatta, which takes place from March 30 to April 7, is the most important Olympic classes event in Spain, where almost 1,200 sailors and over 800 boats representing more than 60 nations registered to compete.

This is Lewis’ third regatta for the season within his hectic competition schedule aimed at advancing to the Sailing World Championships in Aarhus, Denmark in August to secure his Olympic place. After his participation at Rio 2016, Lewis took time, on advice from his physicians, to fully rest and rehabilitate because of his accident in 2015 when he sustained several major physical injuries. He now has a clean bill of health from his medical team to pursue his rigorous training and competition programme.

Lewis first accepted an invitation extended by the US Sailing Team to join its training camps from October to December 2017, in Long Beach California. He admits that he noticed a significant improvement in all aspects of his sailing following his participation in the camps and that this gave him a boost of confidence to resume competitive sailing.

He took to the seas in January at the Lauderdale Yacht Club, Olympic Class Regatta in Miami, Florida for his first competitive event since Rio and placed 4th. In February, he followed this performance with another 4th place finish at the 2018 Laser Midwinter’s East Regatta in Tampa, Florida. Both events included the top athletes in the North American and Central American and Caribbean regions. Lewis then went on to train in Portugal to prepare for competition in the European circuit ahead of his critical qualification period.

Next on his schedule is the 2018 Laser Senior European Championships & Trophy which will be held at La Rochelle, France from May 5 to 12, followed by the Laser North American Championship in Long Beach, California from July 12-15, which is the qualification event for the 2019 Pan American Games.

He’s already set to compete in the Central American and Caribbean Games in Barranquilla, Colombia which takes place from July 19 to August 3. Lewis is keenly focused on medalling at these games and move on to the World Championships in Denmark.

Commenting on his progress he said, “It is a blessing to be back in the boat, competing at the highest level and representing Trinidad & Tobago. No athlete knows how long they will be able to compete so I am grateful that I have been given another opportunity to achieve my goal. Thank you to my sponsors Atlantic, Blue Waters, Ford Motors and Republic Bank whose support has been key to me being able to attend the training camps and participate in these competitions. I am also grateful to the Government of Trinidad & Tobago through The Ministry of Sport and Youth Affairs and The Sports Company of Trinidad & Tobago (SporTT) for the support they have given over the years and continue to give and to the people of Trinidad & Tobago who continue to send love and support to me. This really keeps me going and motivates me to continue to strive for greatness.”

Athletes encouraged to 'think like a business' at Sport IndustryTT