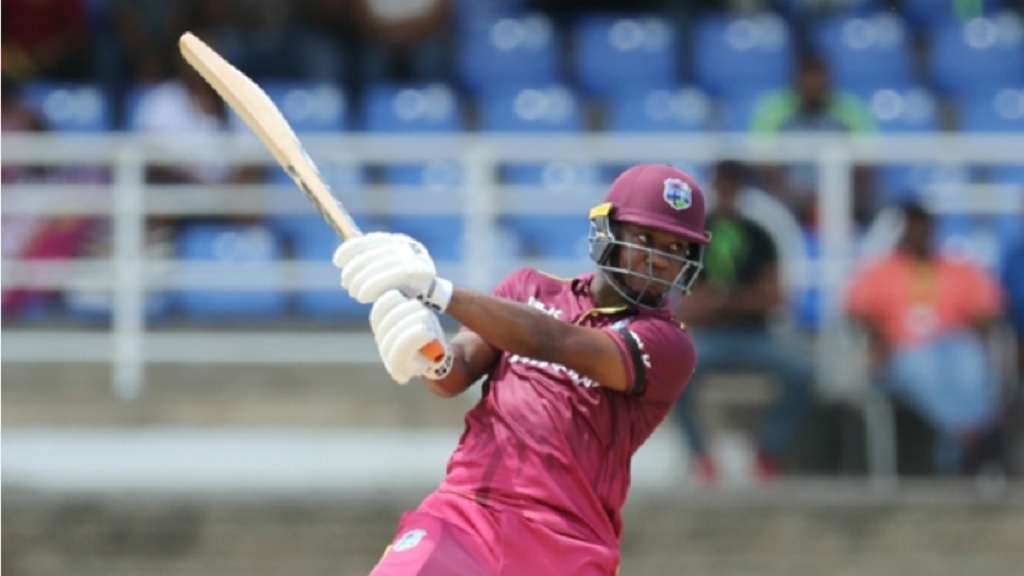 Evin Lewis produced a fiery batting display as West Indies made a winning start to their Twenty20 series against Afghanistan on Thursday.

After a 3-0 success in the One-Day International (ODI) games, the apparent wide gulf between the sides was exposed again as West Indies powered to a 30-run victory.

West Indies posted 164-5 as Lewis flayed Afghanistan for 68 from 41 deliveries before the minnows were limited to 134-9 in reply.

Curiously, a cloud reportedly made up of insect repellent forced a delayed start to the night match in Lucknow, India but there was little holding back Lewis once he found his rhythm.

Despite failing to score a run from the first seven balls he faced, Lewis made up for lost time with a brutal assault of the Afghanistan attack.

He was eventually caught by Mohammad Nabi off Gulbadin Naib, having plundered six sixes and four fours, and captain Kieron Pollard added middle-order impetus with 32 from 22 balls to help West Indies to their competitive total.

Four Afghanistan batsmen went past 20 but Najibullah Zadran top-scored with just 27. Fareed Ahmad was unbeaten on 24 after a late flourish, but momentum was always lacking.

The second and third matches in the T20 series take place on Saturday and Sunday before a one-off Test, which gets underway on November 27.