The Lioness series: Having seizures is not a death sentence 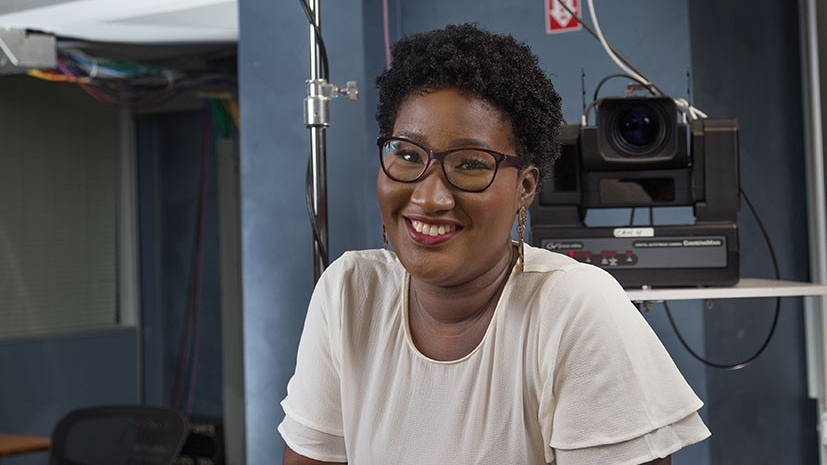 I was in line at RBC Independence Square and from all accounts, I fell to the ground, convulsing and frothing at the mouth, disoriented and unable to identify myself. I was taken to the Port of Spain General hospital, where I was warded for ten days, and so began my life with seizures.

According to Dr Azad Esac, one of Trinidad and Tobago’s leading neurologists, at present, there are over 40,000 people living with seizures in T&T. That’s over 40,000 people who share my struggles. I thought my "Seizure Story" was bad, I thought it was unique, but I've come to reali\se that there are many people who are still suffering, way more than I ever did. People whose bad days make my worst days look like a walk in the park. People in need of help, encouragement and support.

It wasn't until years after I was first diagnosed that I encountered another person who shared my struggle.  I say struggle because as a working student who took pride in her independence, it was definitely a struggle to come to terms with limitations, which I now know, was borne of ignorance.

No longer could I head to Curepe on Friday evenings for junk food or to Trincity to catch a late movie on a whim. I would soon also realise, clubbing with friends was out of the question. I was demoted from ‘life-of-the-party’ to resident liability and Queen Buzzkill almost instantly. After a few outings were unceremoniously dissolved as a result of my episodes, plans were made without me, friends didn't come around and call as much. I became THAT girl. The one to be ignored or avoided.

My 'friends' no longer saw me, they only had eyes for EPILEPSY, which to them was a disgusting condition that they weren’t inclined to learn about, a pest that always messed with their plans. They treated me like I was diseased.

I felt scared, angry and full of resentment.  I was an otherwise healthy young woman, so full of promise and who had defied the odds time and time again.  I had been working to pay my way through university; I was accustomed to participating in on-campus activities; I had many friends (or so I thought) and active social life. Life wasn’t necessarily easy, but it was good. All that came to an abrupt stop after that first seizure.

Everything that I loved and thought had made me who I was, was stripped away. With as many as 45 episodes on any given day, I wasn’t allowed to work. My studies had to be put on hold and I had to give up my apartment and move into my parent’s house, where I stayed for a year.

To say this time was difficult would be a gross understatement.  There was no privacy or independence. Everything I did was supervised or done with the assistance of a family member.  Even though they didn’t always voice it, I could sense their frustration at seeing me ill and wanting me to get better and (though they would deny it) out of their space. This impatience only added to my depression.

I was a slave to medication which often left me feeling sick and at the mercy of family members. It was a huge transition for all of us.  Looking back, I can see now that they were so taken up with preventing physical injury, there wasn’t room left for much else. I can’t remember them asking how I felt, or what I wanted. They took a very pragmatic approach: food was provided, my medication was always within reach, my bathroom breaks were scheduled to ensure that there was always someone available to accompany me. No real consideration was given to the effects all this was having on my psyche or the way it affected my emotional wellbeing. I felt lost, trapped and like a leaf floundering in the wind, without direction or purpose. I cried every day.

After a year, my doctors agreed that it was safe for me to resume my studies, I was ecstatic! But the euphoria was short-lived, university administrators were adamant and unyielding. They would not allow me to register, because should anything happen to me they would be liable.  They said the risk was just too great.

Needless to say, this caused me to slink further into the deep abyss that is depression. While my former friends were graduating, getting jobs and making plans for the future, I was a ‘prisoner’ in my parents’ house.

I refused to accept this sorrowful existence as my lot in life. I mean, this couldn’t be it right? Unbeknownst to my parents, I starting applying for jobs and looking for apartments and it wasn't long before I was blessed with both. I moved out and tried to pick up where I had left off.

I loved my job and the freedom that came with it, but my colleagues and bosses weren’t always kind.  They were ignorant of the facts of my condition and like many others, couldn’t be bothered to learn about it.  They seemed to enjoy making me feel out of place and out of sorts. However, as time passed, I started to see glimpses of the old me re-emerge. I fought back, I grew increasingly defiant. I refused to give up this newfound freedom and independence. I was learning to live again! I wouldn’t give it up!

By the grace of God, things continued to improve. In March of this year, I celebrated my 11th seizure anniversary. Though the journey has been rife with challenges, I truly believe I am a better person because of my diagnosis. I’m stronger, kinder and much more resilient, the result of having been on the receiving end of prejudice, neglect, forced isolation, and so much more.   My experience has made me determined to stand in the gap for others who may be battling these same demons.

I started The Seizure Support Network in 2017 as a safe space for other survivors. Having lived it, I know firsthand the challenges they continue to face; among them are barriers to education and employment, feelings of shame and despair and isolation from peers. The stories are heartbreaking, I know of one young woman who, like me started having seizures late in life. Because she refused to give her mother the power of attorney, she was punished. She wasn’t allowed to eat food prepared by her family and on bad days when she had bathroom accidents, during episodes, she was left in her own filth for hours. All this because she refused to give them total and absolute control over her. There was one young woman who, after at least three failed attempts, succeeded in taking her own life, because she was no longer satisfied with her life as it was. She wanted to work and go to school, but prospective employers and school administrators refused to give her a chance. Her final words: “I can’t do this anymore.”

Education is key to ending stigmatisation against people living with epilepsy and seizure disorder. As such the Seizure Support Network is working to demystify the condition. We want to show the world, starting right here in Trinidad and Tobago, that contrary to popular belief, persons with seizures can lead full lives.

We want to prove to them, that having seizures is not a death sentence and that the only barriers to participation begin and end with the society’s legal and physical infrastructure that can enable or disable its citizens.

The Lioness Series: I believed I was able!