The Lioness Series: I believed I was able! 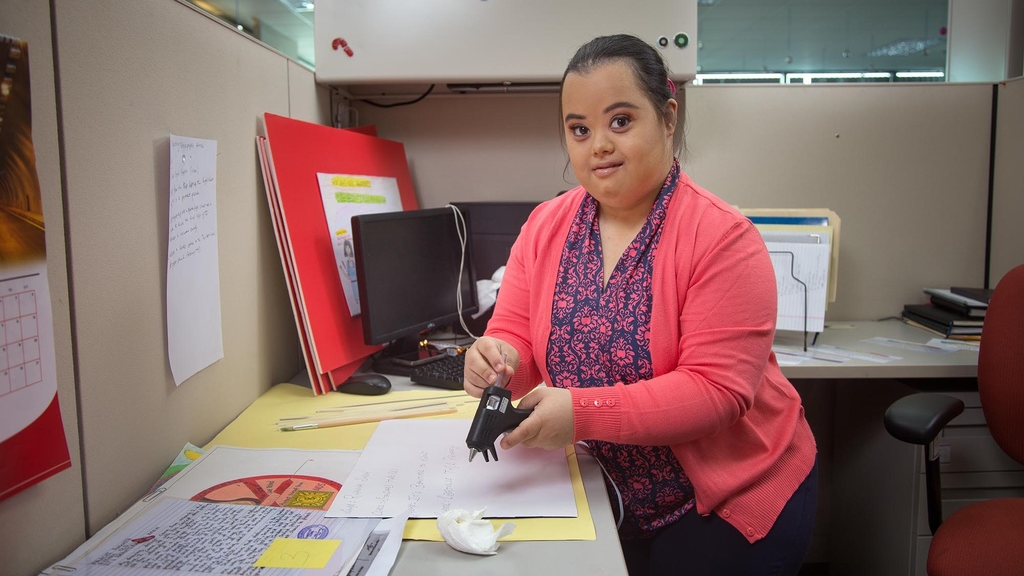 My name is Christy De Souza. I was born with Down Syndrome but I didn’t know this until I was 21 years old, when my mom signed us up with the Down Syndrome Family Network and she explained to me what Down Syndrome was all about.

When I was born, the doctor told my parents that I would be slow to learn, that I would lack social skills and may not be able to have an education or even attend school. My mother prayed to God that night, that he would give her the strength to handle what she thought would have been a very difficult situation ahead.

When she awoke the following morning she got the distinct feeling that everything was going to be alright. She decided then and there, that there would be no more talk about Down Syndrome or any more of the fears that overcame her the night before.

She realised that her prayers had been answered. She had a beautiful baby girl, a special gift from God and she was grateful and happy.  And so, my life began just like any typical childhood. There were no expectations set. I was allowed to move at my own pace.

My parents were patient with me and they took the time to guide me through any obstacles that may have been a challenge and I proved, very early in the game, that there was no cause for fear or worry. I could do anything a typical child could do, once given the chance.  All I needed was a little support, patience, and love.

At three-years-old, I began speech therapy and entered the Little Flower Montessori School. I was the only child there with a disability but I was never treated any differently than the typical children. I learned to read and write but never got the hang of math. This school proved to be my only source of education throughout my formative years.

There were no primary or secondary schools willing to accept me, a child with Down Syndrome. They said the system did not have the services or teachers trained for the job. They thought that I would be a distraction and would require too much attention. They did not give me the chance, so I remained at the Montessori school with the toddlers, watching them come and go every year. They went on to regular schools but I didn’t. 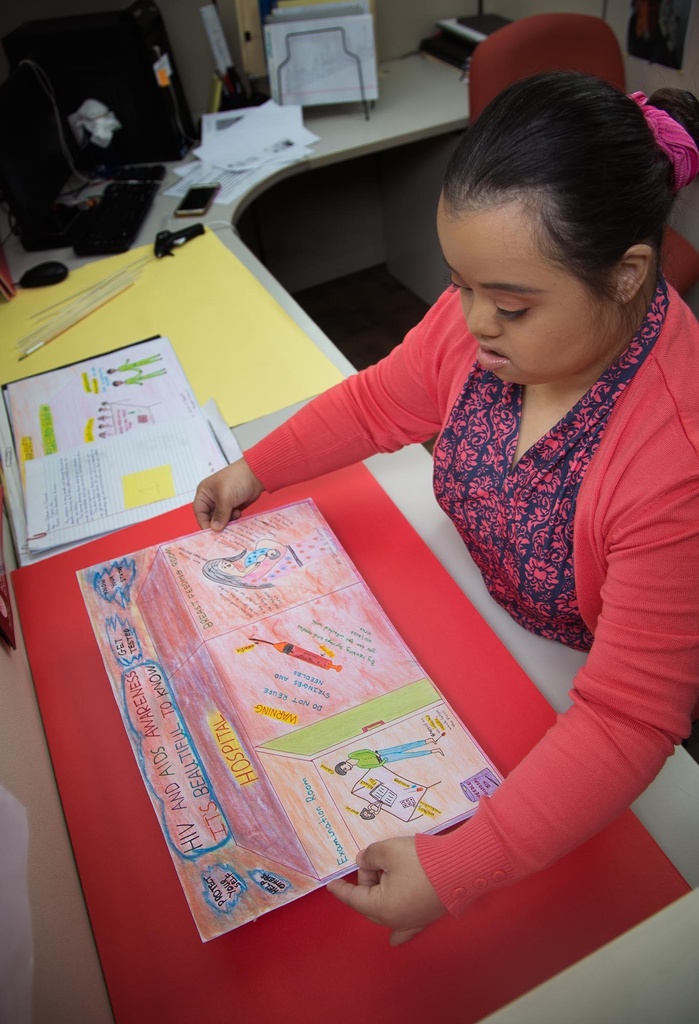 As the years went by, I learned the ins and outs of the running of the school and I started helping out in some of the daily routines. At the age of 18, I was offered the job of being the teachers’ aide.

By the time I was 21, I became restless and bored with being around only toddlers every day. I knew that there was more that I could do. I had big dreams for my future and I wanted to be given the chance to make those dreams come true.

We joined the Down Syndrome Family Network and the founder, Glen Niles, saw the potential in me. He said that I would be a great self-advocate for the network and encouraged me to help raise awareness and speak out for the rights of persons born with Down Syndrome.

I appeared on all the morning TV talk show stations and though I was a little nervous, I was also very proud to be given the opportunity to show that persons born with Down Syndrome are capable and should not be limited by low expectations.

Being a self-advocate has opened new doors for me. The Down Syndrome Family Network spoke with various companies about giving me a three-month internship to learn basic office skills and a company by the name of Pepper Advertising gave me my first break.

I was so happy to finally work with people my own age. They were amazing, they made me feel like part of a team and I learned what it was like to work in an office environment. Those three months set the foundation for the job I currently hold with the Office of the Prime Minister, Child Affairs Unit.

I continue to learn and put to use many office skills. I am learning to use computer programs like Excel, Word and Powerpoint and I am learning to type with two hands instead of two fingers.

There is so much to learn every day and I hope that my contract there would be extended so that I can continue to develop and use my skills to contribute to society just like anyone else.

My story is living proof that fear of failure is what keeps us from achieving our own success in life. I never knew that I had a disability, so I never used it as an excuse whenever I was faced with a challenge. I never saw obstacles. I took on every challenge as an opportunity to learn and to grow and to develop because I honestly believed I was able.

Father basks in achievements of son with Down Syndrome