The Lioness series: Love is her superpower 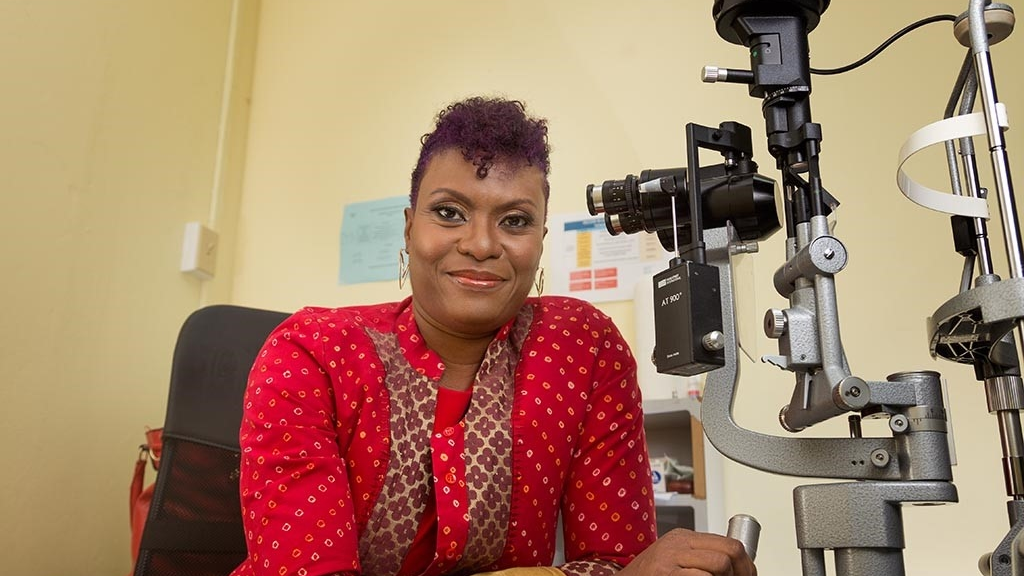 I actually don’t think that being a doctor, an Ophthalmologist at that, prepared me in any way for this journey. I think once you’re dealing with your own child, the parent hat trumps all. It was an instinct that told me that something was awry when at two and a half he would cry for hours at a time. Even when I was told by a paediatrician that I shouldn’t worry, I felt in the pit of my stomach that something was wrong. I tried going over his milestones in my head, but he’d managed to tick off everyone, some even early.

It came as an utter shock when the psychologist gave a diagnosis of Autism Spectrum Disorder. I think I half-expected her to say I was just being a typical doctor mom, picking stuff through with a fine-toothed comb. I sat in my chair for a while, just numbly listening to the words tumble out of her mouth. Autism was still a fairly new entity, especially in our country and I knew little about it except that it affected children’s integration into regular life. She immediately advised me to remove him from regular school and gave me a grim prognosis for what his future would be.

That was the beginning of my journey, my Tobago love affair with autism. I decided then and there that if she was going to be a part of our lives forever that I’d best get to know her more intimately. I devoured every book, every paper on autism, trying to understand this entity that had snatched my child. It wasn’t easy, trying to find ways to support him whilst being pelted with negativity for advocating for his inclusion.

Soon I became “that parent” or “the one in denial” because I didn’t “keep my son at home” or place him in a special school. There was one thing that always kept me focused as a parent, and that was my father’s words that “no child asks to be brought into this world”, these words echoed deep into my soul because it removed every shred of despair, every iota of being in denial. It drove me to leave no stone unturned in supporting my son.

It was a meeting with a teacher’s aide that also gave me so much hope in those early days. Teresa Blaize took my son from not being able to sit in class, not being taught, playing in gravel to sitting at assembly and participating in school activities in less than one month. More importantly, though, was that the attitude of the staff toward him began to change as they were able to appreciate that this child was in fact, reachable.

Unfortunately and yet still, luckily for us, we relocated to another country, something we had to do a few times in the years to follow. Our experiences everywhere we went though were roughly the same, educators who were mostly unfamiliar with the diagnosis and educational management of an autistic child. I remained determined as ever, in fact, more resolute, and I offered myself as part of the ‘package’.

In my research, I found different ways to reach and teach him, and offered suggestions to teachers and even remained on standby at school for hours in the early days. I was unemployed then, although with a one-year-old at home, but I was determined that my son could make it in mainstream school. He did exceptionally well, and as he went along I learned from him as much as he learned from me. 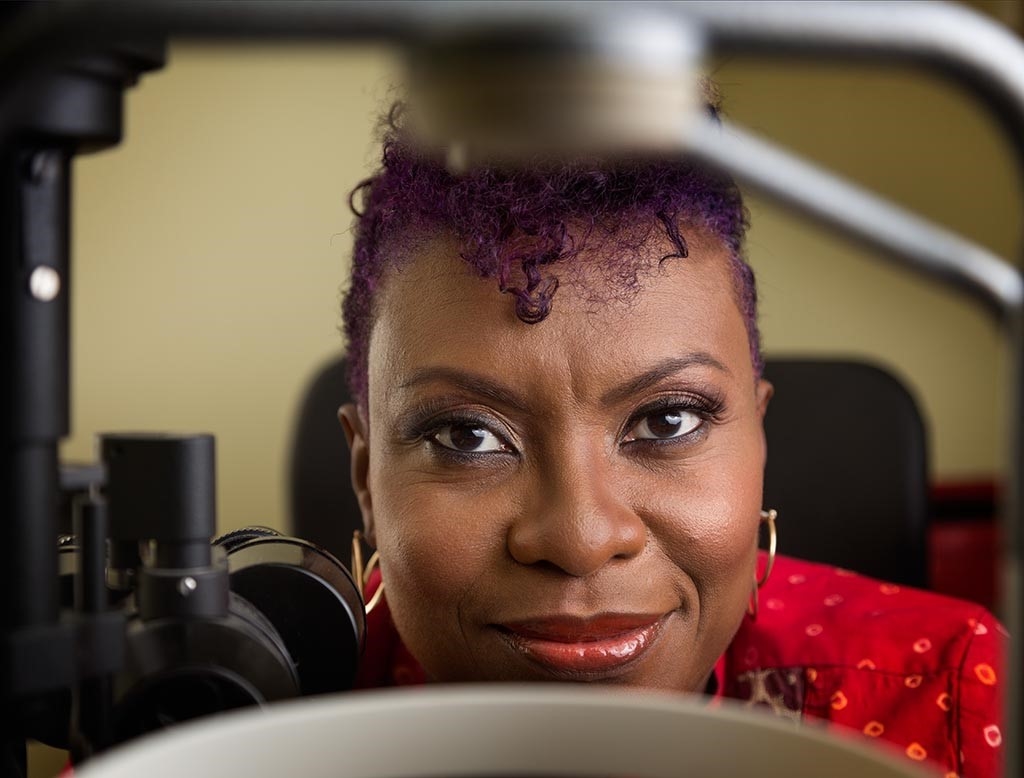 There was one thing that I had to develop over the years and that was thick skin. I always told my friends and family that my skin was like Kevlar as it repelled some of the most hurtful things said to me about my son or my parenting. I think a little bit of Kevlar formed around my heart too, as I had to become almost akin to a taskmaster to ensure that we continued his speech and occupational therapy outside of sessions. It was difficult for me psychologically, and so I tried to make it as fun as possible, for example, I used LEGO building as part of therapy, and we would prepare recipes at least three times a week to encourage comprehension, sequencing, reciprocal conversation and social skills.

One of the things I have kept close to my heart is that God has been shining on my son’s part throughout his life. For every school from which he was rejected, the experience at the subsequent school which accepted him was priceless, not just in him being taught academically but also because of measures they put in place to ensure that he acquired his full potential.

In the beginning that meant that I spent a few hours every day sitting in the waiting area at school in the event that he should have a meltdown as the staff was unfamiliar with his diagnosis. That was one of the more difficult times as I also had a one-year-old at home. Regardless of the school though, I often found myself heavily invested in educating the staff about autism and how to reach and teach my son. I too, would benefit from this as we would devise strategies and tools focused on him unlocking his true potential. I would also volunteer at school and rope him into teaching classes so they could appreciate his ability.

When we returned to Trinidad, we found it as tough as it was abroad, and bounced around from school interview to interview with schools either rejecting him outright or wanting to demote him two or three class years. We eventually located a small school for children with special needs that would accept him, however, things were not going well. It was a chance trip to the mall that brought Mrs. Blaize back into our lives. She has been an integral part in our ever-expanding village, as my son’s aide. My family too, my parents and my siblings, became my strength and my son’s as they provided support in so many ways, from reading new strategies, to raising awareness, to advocacy.

Financially it has been a tough road, as the therapies and schools and aides have all come at a cost. Our most difficult time was in preparation for SEA and often I struggled emotionally to find my way. I also had to supplement lessons and with a younger son, our path became quite turbulent. I put my exams on hold too and funneled everything, energy, and finances towards achieving the goal of getting him ready.

It came then, as quite a shock, when I was told by a lessons teacher, that he would never “make it” at Secondary School and that I should consider other options. As my mother would probably tell you (and those who know me well) it’s probably not such a good thing to say “never” to me. Although I was gutted, both Teresa and I decided to visit several schools to feel out their prospects of accepting an autistic child. QRC was undaunted at the prospect and told us, “If this is the school he passes for, this is where he belongs.”

The rest, as they say, is history. My son did pass for QRC. I still have Mrs. Blaize in my employ, however, she only goes in twice a week to meet with subject teachers to ensure my son is on task. It’s the hardest part of the journey now, as he is in Form 5, and SBAs for eight subjects is a daunting task. But we’re up for the challenge. Just watch this space.

As you can see, being a parent of a child with special needs is a challenge. The hardest thing for me has been to stand on the sidelines and be helpless or to hear of children bullying him or being mean to him. I remember the night I curled up into a ball and cried when in his CAC exam, they told him they were laughing at him. Harder still, is having to stand up to adults who bully or ridicule him, some as close as family.

Some people think because he attends regular school he has no challenges and some think he shouldn’t be there because he does. I’ve even been told that it was my fault he’s autistic and that if I paid less attention to it, it would go away. Again, Kevlar skin deployed. Unfortunately, I think every time I deploy my Kevlar it changes me, gnawing away at my humanity. I’ve become hardened somewhat, with very little tolerance for those who CHOOSE to discriminate against my son.

The world at large remains unsympathetic to people in the disabled community. Employers lack compassion for carers/parents as well. I recently had to leave my job because I was denied leave when my beloved sister Giselle, one of our pillars of support, passed away. I was denied the leave I requested to be able to support my family during our time of grief. It has left our future a little uncertain, but I have to place my family first and God has always lit our path and shown us the way. This time is no different but the blessings and benefits of having an autistic son make this journey an enlightened and most beautiful journey indeed.

The woman I was before my son’s diagnosis is a shadow of the woman and mother I’ve come to be. I am a force to be reckoned with, a resourceful woman of worth, silent resilience, passion and integrity. And although I sometimes doubt it, I always have my cape tucked safely away for times such as these. I’m a superhero mama. My superpower is love.

For info visit: Cause An Effect

The Lioness Series: When parents see beyond the disability

The Lioness Series: Crystal on Wheels

The Lioness series: Having seizures is not a death sentence