The Lioness series: Nahlini Maharaj John is not giving up on her child 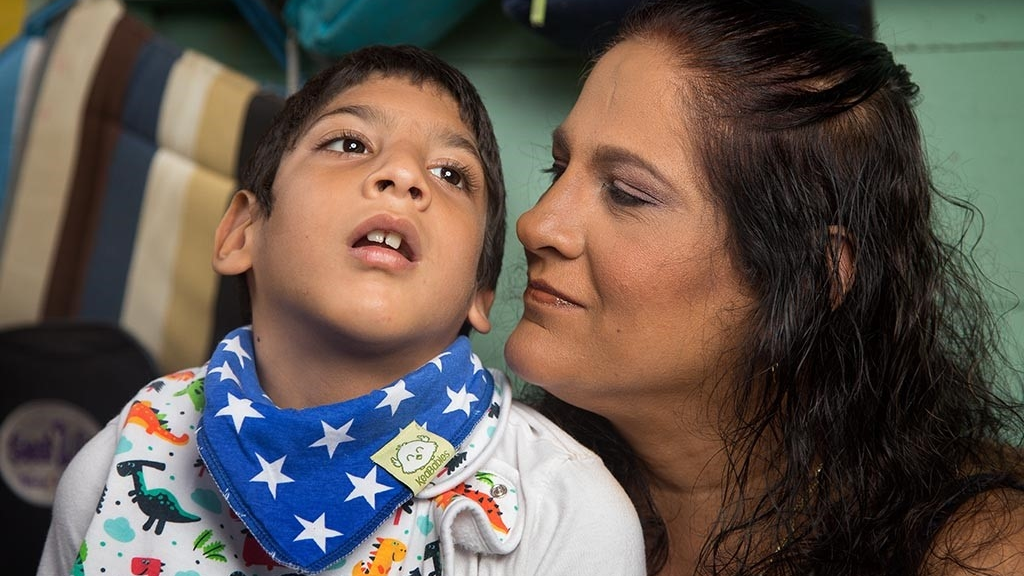 When he was delivered and they placed him on my chest. Words cannot explain the warmth and love I felt at that moment. While the nurses attended to me, another nurse wheeled him out in his cot and as he passed me, both our eyes met and there were fireworks.

During that night they brought him upstairs to me where he slept peacefully. On the morning of October 14, 2010, I held him in my arms again. With joy and happiness in our hearts, we looked towards the future, not knowing what fate awaited us.

I was encouraged to breastfeed him but due to him being premature, he was unable to latch on and pull. As much as I tried, it was without success. In the afternoon, I complained to a nurse and he was taken into a room and fed. During the night, he became restless again, and I again asked for formula for him to be fed, the nurse just looked at me and made no response to my request. During this night, Joseph cried almost all night. During the early morning, he stopped, but this was not good. He was non-responsive.

During October, 15 2010, I complained to the nurses and doctors about my son’s condition and it was not until 7 pm he was taken to the ICU. My husband came and took me home as I was discharged. With worry in my heart, all I could have done was pray. The next morning when I got up, I had so much belly pain that I could barely walk but I went to see my baby.

There were so many tubes attached to him as he lay almost lifeless in the incubator. We were approached by the head consultant and told that had it been one more night, he would not have been alive. We were told that God sent an angel in the form of a nurse on the ward that day, to save our baby. Joseph stayed there for two weeks and afterward, with joy, we took him home.

When Joseph was three months old, I had to return to work so he was placed in a daycare. At this time we knew nothing about Joseph’s condition. During his time there, when he was about six months old, the babysitter noticed that he was not focusing on or tracking any objects. So we took him to a paediatrician, who then referred us to a paediatric neurologist.

After a ten minute physical examination at seven months old, he diagnosed him with severe Cerebral Palsy. It was bluntly told to us and we were directed to join the Mt. Hope clinic and do a CT scan.

I cried. I did not know what Cerebral Palsy was, but I had a fair idea that my son showed signs of brain damage. As soon as we arrived home I began to research what Cerebral Palsy was.  The information and the images were very scary and I felt like a knife dug deep into my heart. I was angry and asked God why he did not protect my child against such an injury, I felt as if God had turned away from me. I knew in the snap of a moment, God could make this all go away.

I continued to ask God, “Why my son, why me?” To make matters worse, a particular family member began to throw words our way, trying to make us feel that we did something wrong and that God was punishing us. It took me months, even years, to fully overcome this feeling. It did not happen overnight and believe me many, many tears were shed. My heart was broken. Did the God I trust and love turn away from us?

I had to seek counseling, to understand the purpose of this perceived mishap, and God did show up and made it clear that it is not an easy journey, but when you change how you perceive a situation, it changes everything. I was made to understand that the God I serve is not a wicked God and he does not punish people in this manner. He spoke to my heart and told me that he had a reason and purpose for Joseph’s life, greater than I could ever imagine. Then he told me to look at my son differently, to look at him through his eyes and not mine, to look at what he can do and not what he cannot. To look beyond the child and see a soul, a living person with feelings and personality.  Our aim was to prove people wrong in all that they believed Cerebral Palsy was.

And it was here our journey took a different turn, we started to believe that anything was possible. Joseph was not only diagnosed with Cerebral Palsy but with Cortical Visual Impairment (CVI). This is where the occipital lobes are damaged and the vision can’t be interpreted by the brain on a normal level. A doctor we communicated with from England told us that the brain can be retrained; this was music to my ears. So I began my research, on what to do with my son to retrain his brain. I bought books on his diagnoses and I also started locating therapists to work with Joseph.

One day, Joseph was on the ground playing and a pillow fell on his head, he was unable to move it for himself; I looked on and said in my heart, this is not how his story will end. So our walk to independence began.

Joseph started with physiotherapy, it wasn’t always easy, there were sessions that he would cry through and I would have to sing to him to calm him. Then we started aqua therapy and during every session, for at least three months, he cried until he got accustomed to the water and started to enjoy his sessions.

Around that same time (he was one and a half years old), we began Hippotherapy or horse therapy. This was much different. He only cried for the first session and after that, he loved riding the horse (with support). His first session, Joseph’s posture was that of a C shape, today Joseph’s posture is very straight when he is on the horse and supports himself more.

Then we began speech therapy, where they worked on oral skills. Joseph could only eat pureed foods and could not pull from a straw. He was unable to chew and often had a gag reflex. With months of hard work, today Joseph can eat normal food, drinks from a straw and can enjoy chicken and fries.  What did I tell you? We were going to “prove them wrong”, we not only retrained the brain, but our son began to blossom. His likes, his dislikes, his humour, and even his grumpiness started to shine through.

In 2013 we had a life-changing experience. We were introduced to Conductive Education. Joseph was one of the youngest candidates for a three-week program. When he began, he cried for 90 percent of the sessions and barely did a lot of the tasks because he was unable to follow the commands.

On the last day of the program, I felt broken-hearted as I saw the other kids perform, but my son did not. I was encouraged by the person who brought Conductive Education to Trinidad, that even though it looked like he wasn’t progressing at the time, that he would.  I was encouraged to work with him and to stop treating him like a baby. He was almost three years old, I was told to keep a routine and do the tasks over and over in order for the brain to pick it up.

That year, I decided to leave my job and look for a temporary job, whereby I had fewer hours to work. I worked with Joseph a lot, there were days when I was finished that I would be sweating as if I just completed aerobics.

In 2014, the same conductor returned to Trinidad again for another three weeks. Let me tell you when she saw Joseph and worked with him, her heart was filled with so much joy to see his progress. My son did his three weeks in 2014 with maybe five percent crying.

He sat at the table, holding his bar with comfort and ease. He was a leader in that program. With all that we saw with him, we decided to raise funds and continue the conductive education with him. It was no longer available to us in Trinidad.  Doing all we did for Joseph was not cheap. We, his parents, along with family and friends, got together and raised funds to support Joseph’s therapy. We were able to travel to Canada twice. Fundraising is not an easy task, it is hard work and there were good people we met and then we had the negatives to deal with. But we got a lot of help from very kind people and businesses.

One of our greatest struggles in Trinidad was getting a school for Joseph. I tried a few schools, but they did not have staff to help non-mobile students. I went to the blind school, but I stayed with him as his aide. We took him to another school and again I stayed with him. Finally, as God faithfully opened so many other doors for us, he provided a school. Today Joseph is in a school, learning, playing, socialising and impressing the world around him.

We want to inspire other parents to see the potential in their children, the possibilities beyond the doctor’s report.  We want to share our experiences, to share the peace we have found and to encourage parents not to give up. It is not an easy journey, even more so in Trinidad where our resources are limited for children with disabilities, but when we see hope, it will drag us out of our dark moments into the light.

I want to open, in the near future, a school for children with Cerebral Palsy, a school for non-mobile kids as they have the least opportunities. During this journey, we met parents who selflessly shared their experiences with us and in return we shared ours. We cannot do this on our own, but with God as our head, we will reach our goals. Joseph has come a long way and I know the information we shared has already touched lives.

A note to ALL parents, don’t give up on your child, don’t give up on what God can do for you and don’t give up on yourself. I have had moments I wanted to give up, times I failed, but no matter what, I got back up. My son depends on me. If our roles changed, wouldn’t I want him to do the same for me? Our children are angels sent to us for a greater purpose than we can ever dream of or understand. Don’t stop dreaming, don’t stop believing and keep the faith.

For more info visit Cause An Effect

The Lioness series: Love is her superpower

The Lioness Series: When parents see beyond the disability