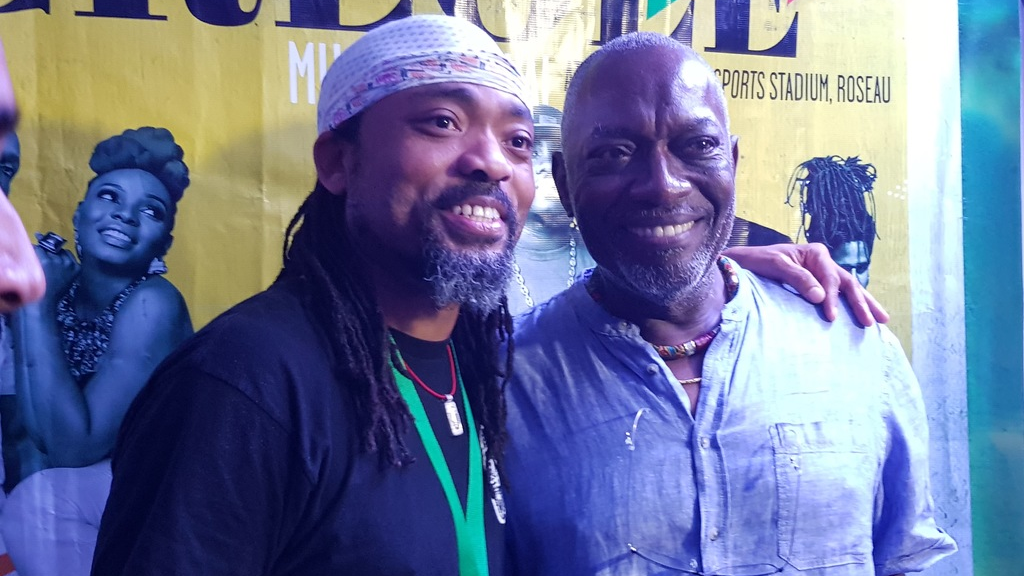 Machel Montano is taking on the French market again, this time with a collaboration with Jacob Desvarieux, founder of Zouk band Kassav.

The single, Dance, pits Montano with the legendary singer and even has him spouting some French.

The song is on the Ole Ting Riddim produced by St Lucian producer Lashley 'Motto' Winter.

Patrice Roberts, Skinny Fabulous and Motto himself are featured on the riddim.

The riddim is distinctly Zouk. Motto said he and Jacob came up with the melody.

Premiering his song on his social media platforms, Montano said working with Kassav was a dream come true.

"What a joy and privilege it is to release my new song #Dancè with Jacob from KASSAV', on the Ole Ting Riddim, produced by Lashley Motto Winter. This one is definitely a dream come true for me to work with a group that has influenced my career in so many ways. I looked up to them, admired their greatness and learned a lot that helped me fashion my own style. This one is a tribute to the Zouk lovers, the French Soca lovers and to Caribbean Unity !!! Come take ah lil dance with we!," he wrote.

In 2013, Montano did a remake of Mr Fete with French R&B singer Matt Houston and Kulu G after signing a licensing/publishing contract with Universal Music France affiliate AZ and an agreement with the company's management arm the Olympia Agency.