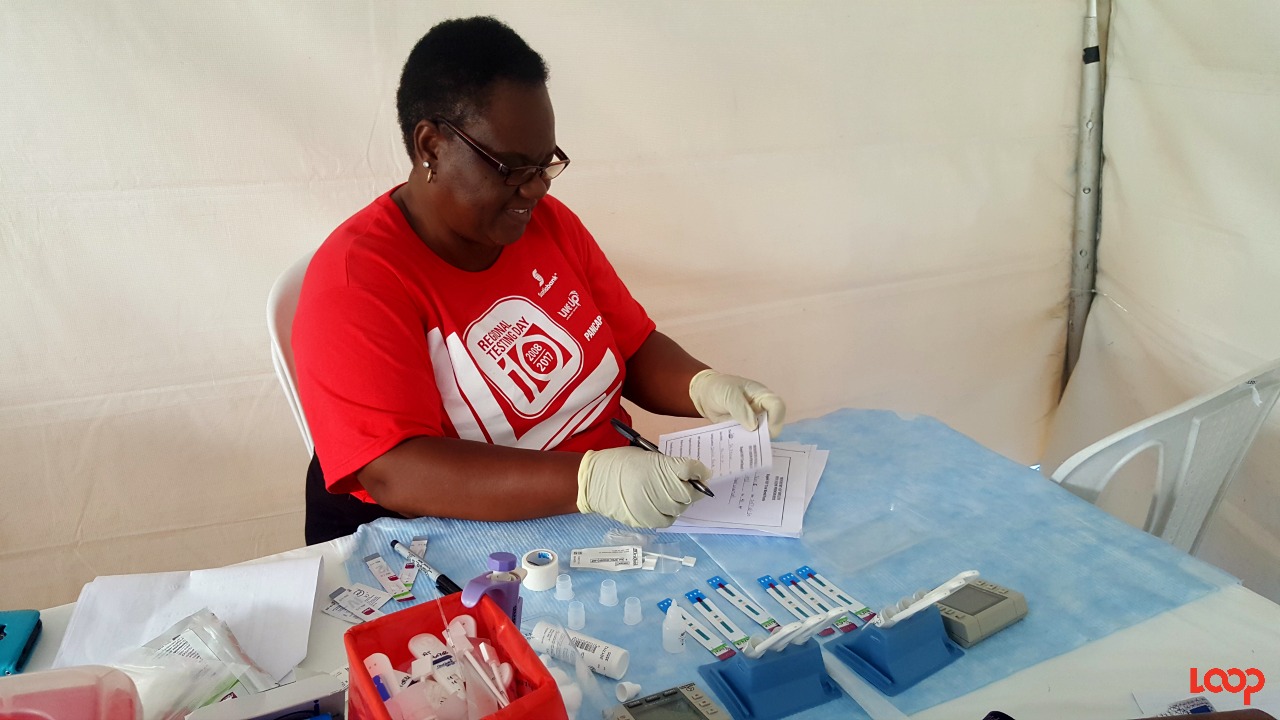 One of the nurses who conducted tests.

It was revealed by the Head of LIVE UP that some members of corporate Barbados are on the right track but the hope of LIVE UP: The Caribbean Media Alliance is to not only meet individuals where they are at, but to also get greater buy-in from employers to push their staff to know their statuses.

Responding to the question of if she wants to see the time come when employers grant employees time to get tested on Regional Testing Day, Executive Director of LIVE UP: The Caribbean Media Alliance, Dr. Allyson Leacock told Loop News, “Absolutely! That would be great.”

However, she added that some employers have adopted the strategy of bringing the mountain to Mohammed in a sense and that “is even better.

Some companies invited to go do the testing in-house at the offices. “So their staff has been tested. There are some corporate entities that are doing that already and that is a great way to start.”

Echoing this sentiment of taking the tests to the people, if they are not flocking to the 12 testing sites today, was one of the new LIVE UP Ambassadors, Toni Thorne.

“There is a new effort to attract younger people in the involvement of HIV Awareness efforts. I think that is great. This generation is bold. Years ago for Martha's Smile we visited a nightclub in Jamaica and distributed condoms. As this is Crop Over, so many young people will be partying, perhaps testing can be available to them at the ticket collection and package collection points. Not necessarily in the middle of let's say a jump, but at the ticket and distribution points.”

But as further testament to going to the people, she disclosed, “Tonight we are going to Incognito Nightclub in Maxwell. Tomorrow, the faith-based community through the Barbados Evangelical Society, they are having a Health Fair at the Boys Scouts headquarters…and then on Sunday, we’re at Western Light Church of the Nazarene.”

Dr. Leacock said that last year 20 970 people were tested across the region, which brought the total to 90 000 over the nine years and her hope is that this year, now in its 10th year, that they will surpass the 100 000 mark as thousands get tested today.

When Loop visited the Scotiabank Warrens location persons were queuing up to receive counselling and get their rapid tests done or returning 30 minutes later to attain their results.

New drug to prevent HIV being pushed in region

Syphilis cases on the increase