Liverpool on brink of title after beating Crystal Palace 4-0 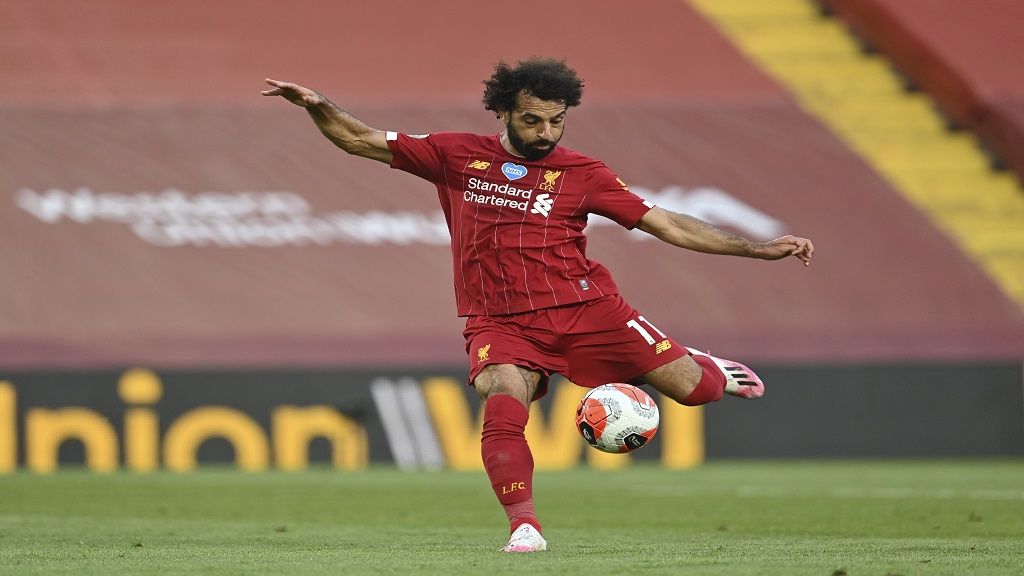 Liverpool are on the verge of ending their 30-year league title drought after cruising to a 4-0 victory over Crystal Palace on Wednesday with an attacking display that exemplified a dominant campaign.

Jürgen Klopp’s side can even clinch the English Premier League title on Thursday without playing if Manchester City fail to beat Chelsea. They then play City, the second-placed defending champion, next Thursday.

Trent Alexander-Arnold curled in a free-kick to start the rout against Palace and Mohamed Salah swept in the second before half time.

Fabinho powered in the third from distance in the 55th minute and Sadio Mane completed a counterattack in the 69th to make it 16 wins in 16 home games in the league this season.

The victory moved Liverpool 23 points ahead of City with seven games remaining of a campaign that will end without any fans in the stadium to celebrate the Reds' first championship triumph since 1990.

Football returned to Anfield for the first time since March 11, when Liverpool lost in the Champions League to Atletico Madrid on the day the WHO declared the coronavirus a pandemic and some medical experts believed mass gatherings should already have been shut down in England.

One hundred and five days later, the Kop was silent for the visit of Palace. The seats were covered with a tapestry of banners and slogans rather than being packed with the fans who form the choir for club anthem “You’ll Never Walk Alone.”

One Liverpool great among the 300 people allowed into the stadium was Kenny Dalglish -- the manager who won the league title in 1990, three years before the Premier League trophy was handed out for the first time.

Two Champions League titles have been won since then -- including last year -- but not the biggest prize in English football. What was once a record haul of 18 titles has been eclipsed by now 20-time English champion Manchester United.