Watch: LMD Launched with live music and a cause 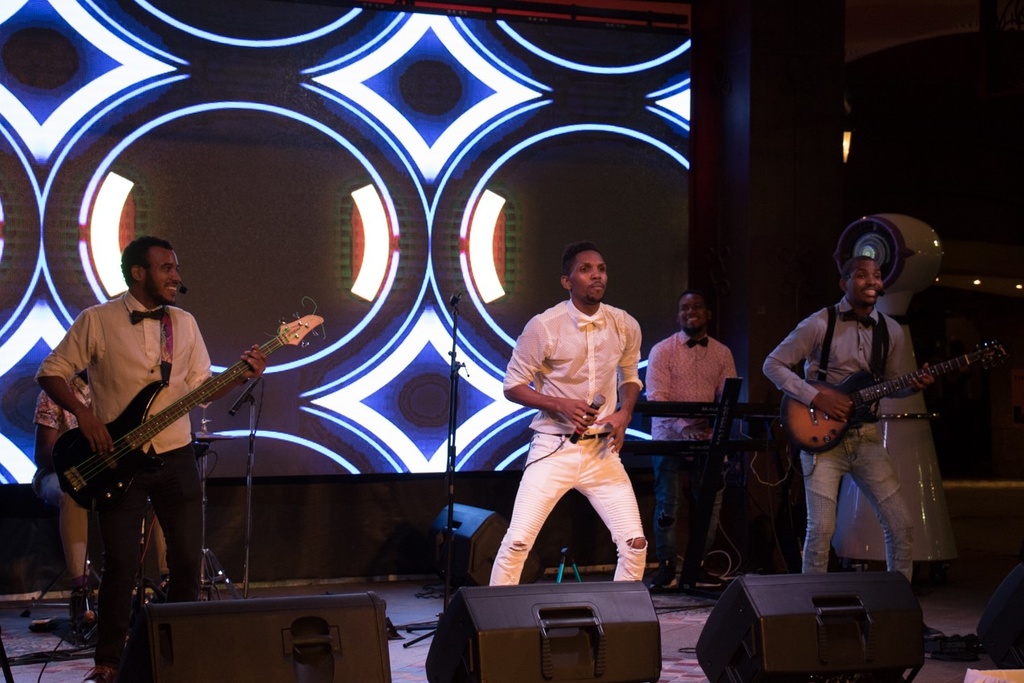 The Live Music District (LMD) was welcomed back with loud applause, crowd-moving music and an audience with giving hearts. The Trinidad and Tobago Music Company Limited (MusicTT) launched the 2nd Phase of this flagship project on Sunday at MovieTowne, Port-of-Spain with the event, Live at Fiesta Plaza: the benefit concert.

Live at Fiesta Plaza, which served as a benefit concert for those who were adversely affected by the recent floods, officially opened with a speech from CreativeTT’s Chairman, Calvin Bijou, who stated, “We have successfully completed the pilot of the first phase of the LMD in North Trinidad and we continue in our efforts with this, along with the Artist Portfolio Development Programme (APDP), our Music Export Academy and our music tech platform, to achieve the objective of building capacity and enhancing the skills and reach of our artistes, including within the digital market space.”

Showcasing their amazing talent were LMD artistes Donald Job, Daniel Griffith, Keone Osbourne, Noche Blanca and Miss Renuka; each bringing a unique blend of talent as they performed various genres of music, such as gospel, soca, pop and r&b. Joining the lineup was local pannist, Joshua Joseph, who performed a tribute to the late Mighty Shadow with his rendition of Dingolay.

The featured artistes, Kern Sumerville and LuJoe and The Gifted, brought the night to a close on a high note. Sumerville thrilled the audience with his steelpan skills as well as sang popular songs like Stevie Wonder’s Overjoyed and Labrinth’s Jealous. Band, LuJoe and The Gifted, serenaded the audience with various throwback tunes such as Michael Jackson’s Billie Jean and Let’s Dance Let’s Shout, Wild Cherry’s Play that Funky Music White Boy, and Might Sniper’s Portrait of Trinidad. They also performed their Christmas song, Parang Slide which was specially requested by audience members.

Throughout the stimulating musical performances, members of the audience came forward and placed monetary contributions in jars while others donated items such as non-perishable food item, cleaning and school supplies to the cause. MusicTT and the artistes expressed their appreciation for the support.

“We are grateful for the level of support we’ve had for this benefit and the Live Music District”, states Melissa Jimenez, General Manager of MusicTT. “We look forward to an exciting 2nd phase with the introduction of instrumentalists on the artist roster, more venues hosting live performances, more of the events you love, with the inclusion of a Parang event for the season and greater opportunities for our local artistes.”

The second phase of the Live Music District will continue to take place in various venues and events throughout Port of Spain and the environs until December 2018.

For more information about the Live Music District, visit www.musictt.co.tt/LMD.