Local and foreign experts to speak on soaring above the recession 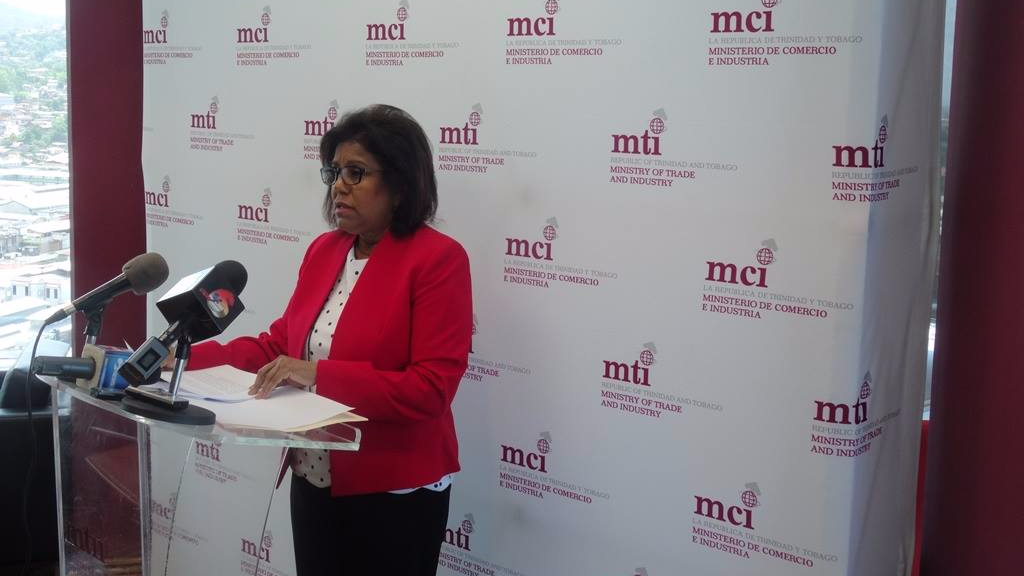 Paula Gopee-Scoon, Minister of Trade and Industry is carded to deliver the opening remarks at the upcoming event - Soar Above The Recession: A Leaders Conference.

The event which will take place at the HYATT Regency on Tuesday, September 12 will see captains of industry, corporate executives, heads of NGOs, Government officials and business students come together to explore the role of innovation and the fourth industrial revolution in creating opportunity and a new work ecosystem for Trinidad and Tobago.

A release on the event says that according to the World Economic Forum "We stand on the brink of a technological revolution that will fundamentally alter the way we live, work, and relate to one another. We do not yet know just how it will unfold, but one thing is clear: the response to it must be integrated and comprehensive, involving all stakeholders of the global polity, from the public and private sectors to academia and civil society."

The World Economic Forum explains that "there are three reasons why today’s transformations represent not merely a prolongation of the Third Industrial Revolution but rather the arrival of a fourth and distinct one: velocity, scope, and systems impact. The speed of current breakthroughs has no historical precedent. When compared with previous industrial revolutions, the Fourth is evolving at an exponential rather than a linear pace. Moreover, it is disrupting almost every industry in every country. And the breadth and depth of these changes herald the transformation of entire systems of production, management, and governance."

In addition, the blurring of lines between the physical, digital, and biological spheres and the fusion of technologies can create both overwhelming opportunities and dizzying disruption.

Australian-based Robert Wickham, Vice President Innovation and Digital Transformation (Asia-Pacific) for world Cloud technology giant Salesforce.com is an expert on the fourth industrial revolution and will speak to the way in which Trinidad and Tobago companies can capitalise on this irreversible trend.

Gervase Warner, President and Group CEO, Massy Group of Companies will share what the small can learn from the large by way of the Massy Experience. Kristine Gibbon-Thompson, Owner of Chuck E. Cheese's Trinidad, will zero in on innovation and entrepreneurship as a means to transforming the T&T work ecosystem.

Soar Above the Recession: A Leaders Conference is being hosted by Imagine Media International Limited, in association with the TT Chamber of Industry and Commerce and The Fatima Old Boys Association with support from Regus Trinidad and Tobago. Republic Bank Limited is the Platinum Sponsor.

The event is the culmination of Cycle I of the Lisa Wickham Master Class Series. Interested persons can email ask@imaginemediatt.com