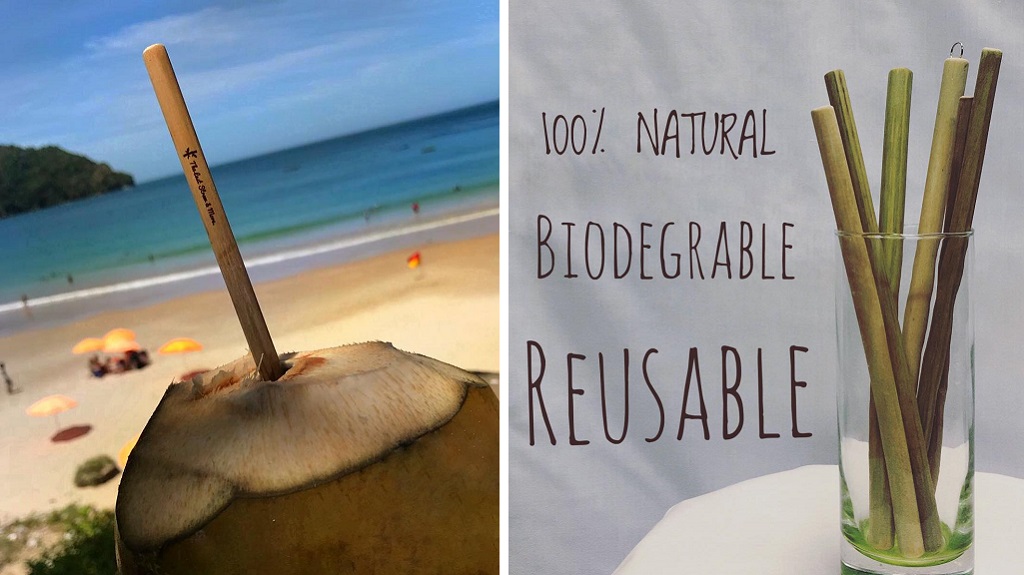 One local company is now helping the plastic-free movement with the creation of all-local bamboo straws.

Local company 'The Last Straw and More', owned by Sangeeta Praimsingh, features locally made, re-usable and environmentally friendly bamboo straws, along with other eco-friendly items.

Speaking to LoopTT, Praimsingh, who turned 26 earlier this year, said she has a passion for the environment and the idea came to her as part of an effort to help Trinidad and Tobago become more sustainable.

"It started with social media, I was seeing a lot of things people were sharing (about preserving the environment) but no one was really practising. I thought there weren't a lot of options for (re-usable straws). There are a lot of companies that sell compostable and bio-degradable packaging but disposable straws are also a real problem.

"I thought we didn't have enough re-usable options, and to me it's about practising zero waste instead of adding to waste. What really broke my heart was a video of a turtle that had a disposable straw stuck in its nose."

"You use a straw for a couple of minutes, but it can mean an animal losing its life. Also, do you know the first straw you ever used still exists? Plastic breaks down, but it never goes away, it just becomes micro-plastics."

Praimsingh said she decided to launch the company as her father owns private land on which there are bamboo trees. The trees were cleared and she decided to use the bamboo instead of it being wasted.

She said after sharing photos of the straws to social media she received numerous requests from friends for orders, and so the business idea was launched.

Praimsingh then made a business profile, and the rest is history.

"Literally overnight Green Market (Santa Cruz) reached out to me and they gave me that platform to sell the straws in No Plastic July in 2018. The response has been really good, people have been asking a lot of questions.

"Some people love it and some people prefer the steel reusable straws, which our company also brings in. The response has been great however," she said.

Praimsingh has also already received overseas orders, most recently from the True Blue Resort in Grenada, and also provided straws at the recent New Fire Festival.

The straws are locally produced from bamboo grown in Trinidad. The straws are manually cut, sanded and finished, and there is also an option for the straws to be engraved.

The straws are distributed at Praimsingh's in Curepe and the Santa Cruz Green Market, and Praimsingh said she is still looking for vendors willing to distribute her straws.

She said the focus on the environment is something that will not go away, and will only become more urgent with time.

"We don't have enough of these types of products available locally, we don't want to add to waste, we want to reduce it so a little goes a long way. Something as small as a plastic bag can cause a lot of damage so we should use reusable bags instead," she said.

The business launch showed her that there is a real niche for environmentally-friendly products in Trinidad and Tobago.

"The response was overwhelming, I really believe it's divine timing. My plans are to have more zero-waste items or at least to try to promote that kind of lifestyle. There are a lot of items we can re-use, like utensils and other items. I want to offer those items as well eventually," she said.

For more information visit the Last Straw and More on Facebook at https://www.facebook.com/thelaststrawtt/

Sandals to end use of over 21-m plastic straws, stirrers by November