Local hotel slammed after claims of brown stains on bedsheet 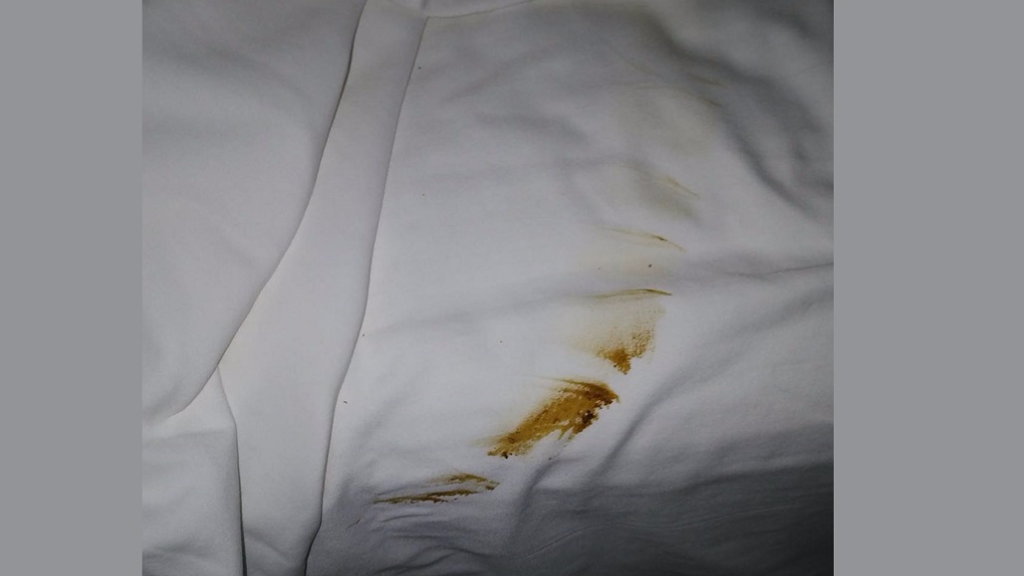 A Trinidadian man shared a social media post involving his unpleasant experience at a Port of Spain hotel in which he claims there was a faeces stain on his bedsheet.

The post, which was shared publicly on Facebook on Tuesday night, has gone viral with over 1,000 shares and hundreds of comments.

Facebook user Jude Andre Legendre said he checked into the hotel between four and five am on Sunday morning after attending an event in the capital and decided to stay at a hotel instead of risking a long drive to his home in South Trinidad. He only stayed for a few hours, checking out around 1:00 pm on Sunday.

However, he said prior to checking out, he noticed the stain after pulling away the sheet. He said he knew the stain was faeces because he smelled it.

"I must say that I am extremely disgusted with (hotel). Who would have thought that lodging a complaint to receive some sort of customer service would be this difficult. I stayed there for one night. Checked in early Sunday morning around 0400hrs/0500hrs and checked out at about 1300hrs."

"Prior to checking out, when the sheets were pulled, there was a feces stain on the sheet below the comforter on the edge of the bed."

"Actual human feces. I'm sure it wasn’t chocolate or anything because yes, I smelt it."

Legendre said he reported the matter to the front desk when checking out and demanded to speak to a manager, however, there was no manager on duty.

He said another staff member overheard the conversation and attempted to help by getting a hold of the general manager, and told Legendre that someone would contact him on Monday.

However, he said no one followed up on the issue.

"Not surprised, no one called me Monday and when I called I spoke to a (staff member) who, apparently, is the guy who deals with these things. He took my information and said he would call me back after doing further investigation . Again, no call. Again, not surprised."

He said he called on Monday but there was still no response.

"Fast forward to Tuesday morning, I called Jeremy and he said he was confirming with the GM and for me to call back in 10 minutes. I called back a couple hours later and there was no remote to my initial cry. (I demanded a refund)."

Speaking to LoopTT, Legendre said that the matter was investigated and he was told that as the room had been signed off as cleaned prior to his checking in, that his claim was unsubstantiated.

Legendre said he was very disgusted by the experience and warned others to beware of the hotel's poor service and unhygienic practices.

To add insult to injury, he said that it was implied that he had even put the stain there himself.

"I currently have nothing to express but great reproach and disgust towards (hotel) as they had the temerity to tell me that the rooms were cleaned and checked prior to my arrival; insinuating that I myself, made the stain there...I believe that sheer callous(ness) was shown to me based on my situation. I expected a more magnanimous attitude."

"Once again, Trinidad and Tobago lacks any sort of customer service/satisfaction. These companies can do what they want and get away with it," he said.

Legendre said he has also included a review on TripAdvisor.com.

He added that it was difficult for him to come forward with the report, however he felt that others needed to know.

Citizens expressed disgust at the report.

Jennylind Lisa Cunningham-Gibbs: "Wow that is so disgusting. So what you sleeping on dirty nasty filthy sheets. You could of gotten ill."

Ronald Ramquar: "BWDMC I just read here. You for real André? Nah man besides the disgusting service they had no remorse for their actions which could have made you fatally ill? Man.... In the states they would have already gotten a lawsuit. I would advise you to contact an attorney seriously."

Michelle Holt: "You got to work in these places to understand what goes on...sometime they so wants to finish their work fast because of the amount of rooms one person is assigned to becomes stressful, so they don't always change all the sheets...when a couple comes and do their thing, and the pillow gets all wet and soaked they spray it with sanitizer spray then put it into the dryer, then returned it to the room again, they don't wash them, these places are not so cleaned."

Linda Lawrence: "That's why I check every nook n cranny when staying in hotel.. for taps..too toilets.. fridge..n lodge complaint the same moment I get in..either they fix it or give me another room."

However, some questioned the man's claim, asking why he did not notice the stain earlier.

Suzanne Teixeira: "My question to the person who stayed there... didn't you notice the sheet was stained, I'm a bit confused why wait for checkout. I travelled a lot and that's the first thing I check out to see if the room
Is spotless. I don't think you should be refunded."

LoopTT has reached out to the hotel for a response.

Have you had an unpleasant customer service experience? Email us at looptt@trend.media with your stories.