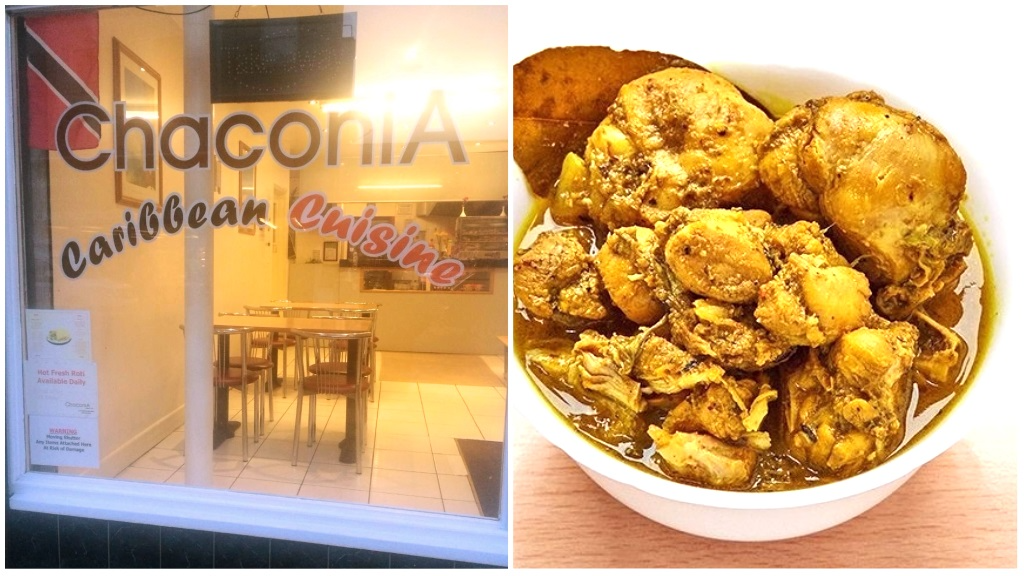 One tiny Trinbagonian restaurant in South London is not only a haven for Trinis abroad but has become a hotspot for Londoners and will be celebrating its 10th anniversary this year.

Chaconia, based at Deptford High Street in South London, was given its distinctively Trinbagonian name so that Trinis could recognise it as local cuisine.

“The idea for the name came about primarily around the thinking of Independence Day, which is an important date for any country, which is the time where the flower blooms. But, it also has a marketing by-product. If a passer-by is Trini or associated to a Trini, then they will recognise the name, and have the knowledge that only a Trini would have a business named Chaconia, so they know the food is genuine,” said a restaurant representative. 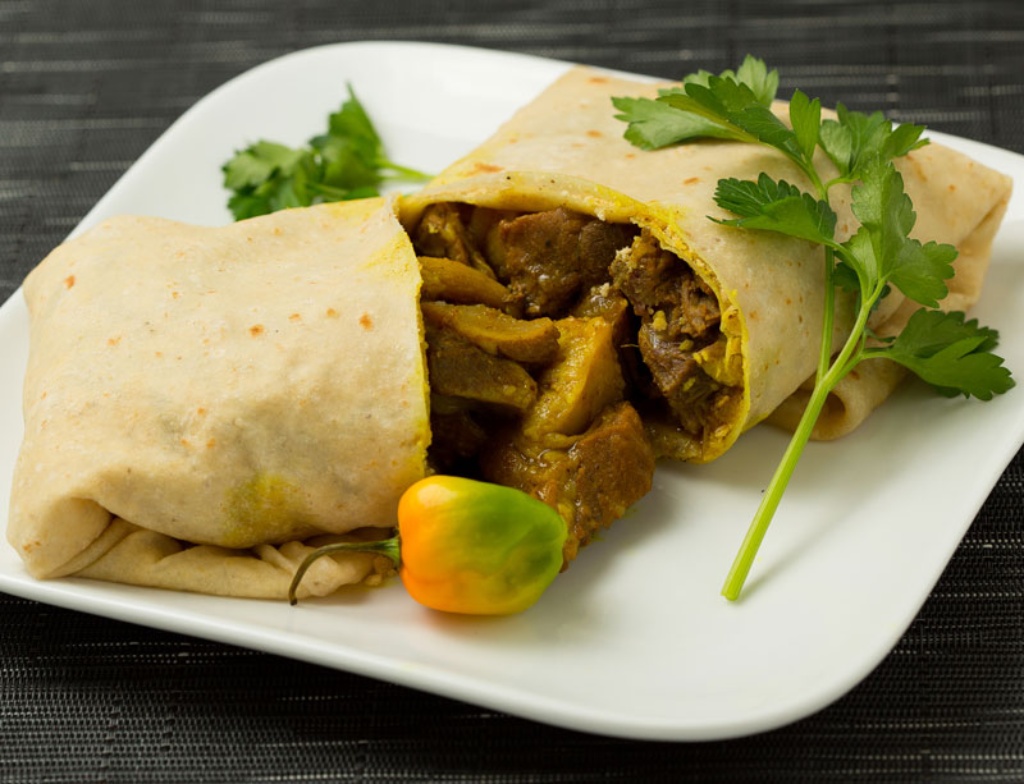 The family business, which is run by Trinbagonian matriarch Una, prides itself on true Trini cuisine and has a fast following for its vegetarian dishes.

“(Una) is 100 percent Trini born and raised. The owner has always wanted a food business since a small child when she and her little sister would make sugar cakes and sell them in school during recess.”

“We have so many recipes it would be hard to answer this for all of them, but mainly the food has been developed in two ways.”

“The first is traditional recipes learned from parents and older siblings passed down through the generations so the food is authentic.”

“The second is recipes that were developed by the chef – due to ingredient availability and also how simple things, like flour, found in the UK differ when cooked as opposed to in Trinidad.”

“We’re always trying to make the food taste the way it should,” they said. 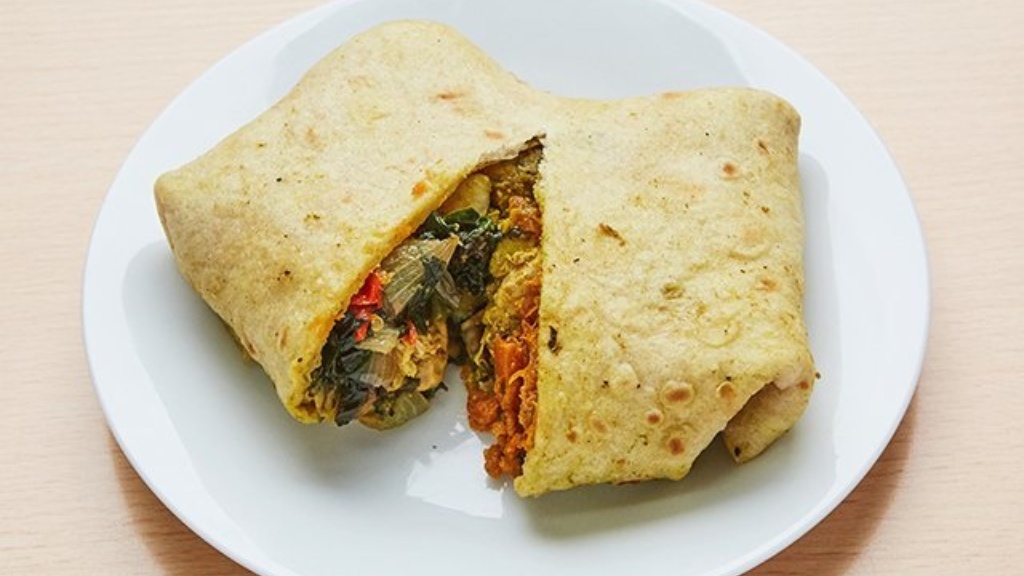 They added that many Trinbagonians return to the restaurant over and over again because it ‘feels like home’.

The little takeaway offers all the dishes Trinidad and Tobago is famous for, including goat roti, pumpkin, curry chicken, aloo, dhalphuri, buss-up-shut, and more.

“There are a number of popular items and more things have become popular over the years we’ve been open.”

“Roti meals have always been popular, and moreso now that we offer two sizes of Roti. When we introduced saltfish and bake, that immediately became popular as has remained that way.”

“But what really sells is the vegetables. Vegetarianism and Veganism is becoming increasingly more common and as we Trini’s now how to mix and fix up vegetables, we have people who come just for them,” they said.

The restaurant added that their dishes are always being re-developed to taste like they do ‘back home’, however they have also expanded on their vegetable dishes to give customers more variety. 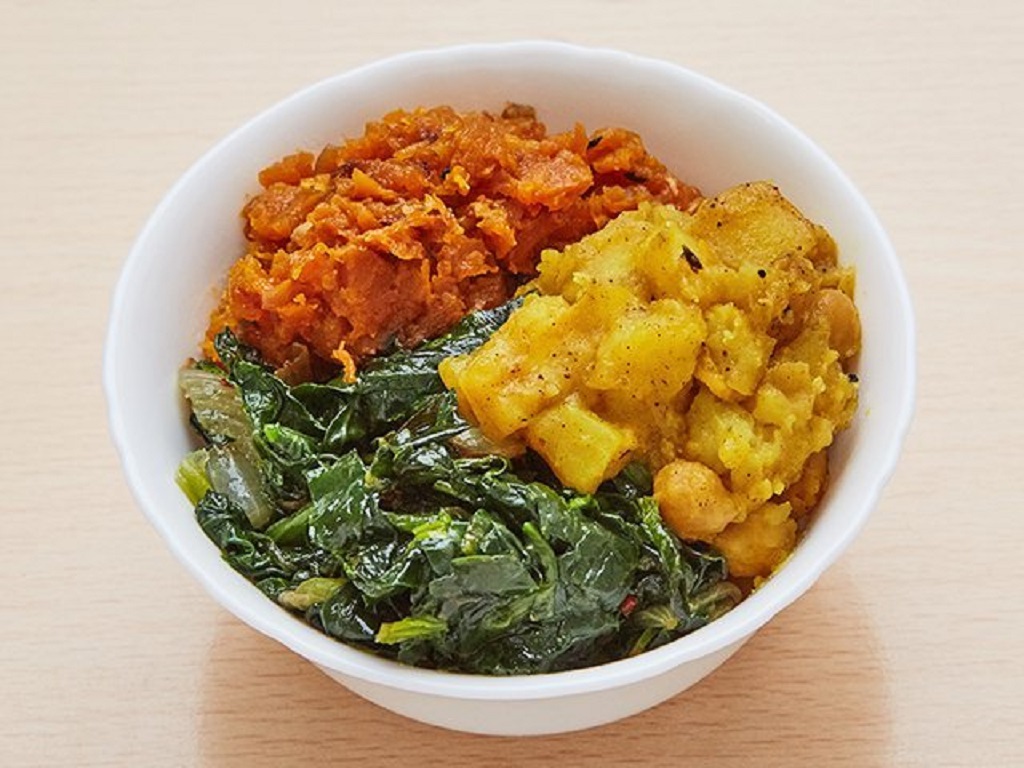 After 10 years in business, Chaconia continues to be a cosy spot for all customers, whether they live close by or are visiting from far away.

“We’ve been open for a decade this year, so it’s fair to say that we have had a good reception.”

“I think the reviews on TripAdvisor and Google speak for themselves. The responses we get specifically about the quality and taste of the food we’re particularly proud of, especially from those who know Trini food.”

“We also get people who come to the shop on a weekly basis who have been referred by a previous customer.

And the secret is growing, as more and more people discover the delight that is Trinbagonian food.

“We have everyone in our shop. And everyone is welcome! Every week there’s a new nationality, Korean, French, Canadian, Malaysian, Swedish, Hungarian, Dutch, American, the list goes on. When there is a contingent of Trini’s in there can be quite an atmosphere that people really seem to enjoy.” 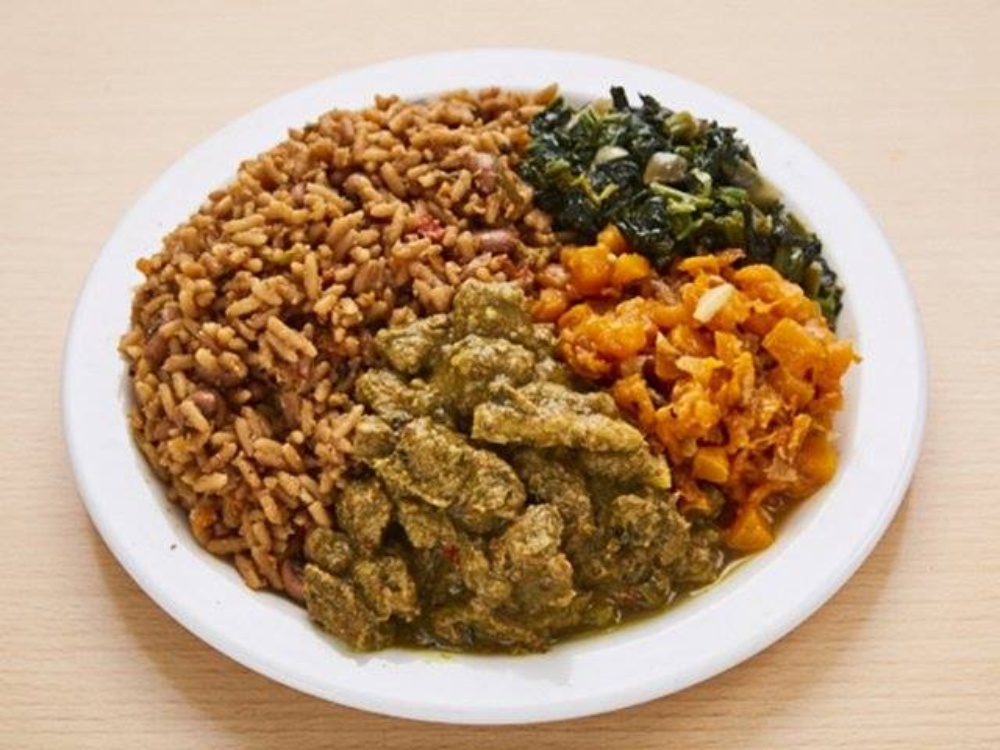 (Mix it up: Pelau, curry goat, pumpkin and bhagi)

The restaurant said their pepper sauce has also been a hot item, which they plan to develop soon.

The family said they will continue to do what they do best, which is bringing a little bit of Trinbagonian sunshine to South London through their delicious meals.

“(We plan to) keep making great food and keep making our customers happy. We love our customers, we have regularly heard we’re a “home away from home” and this is something we hope to continue.”

If you’re ever in South London, check them out at 26 Deptford High Street, London SE8 4AF, or visit them on Facebook at https://www.facebook.com/chaconiaSE8/

You can also find them on TripAdvisor here: https://bit.ly/2q8kyta