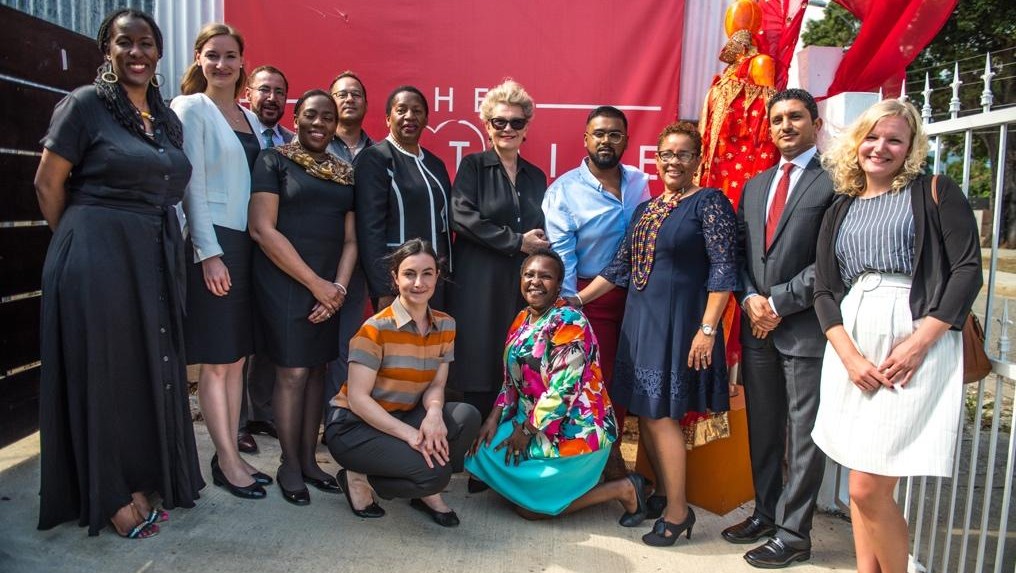 The Lost Tribe has been selected as the medium through which the United Nations will raise awareness about gender equality in Trinidad and Tobago.

The partnership between The Lost Tribe and United Nations Entity for Gender Equality and the Empowerment of Women (UN Women) was announced on May 19 at an intimate media event at the band’s Woodbrook mas camp.

The partnership comes as UN Women prepares to celebrate its 10th anniversary and the 25th anniversary of the Beijing Platform for Action in the Caribbean (BPfA).

UN Women accepted a proposal from The Lost Tribe to assist with the development of inspirational and awareness-raising products and events which will form a part of the commemorative portfolio of the coinciding anniversaries.

The Beijing Platform for Action in the Caribbean envisions a world where each woman and girl can exercise her freedoms and choices, and realise all her rights, such as to live free from violence, to go to school, to participate in decisions and to earn equal pay for equal work.

Tonni Brodber, Deputy Representative of UN Women Multi-Country - Caribbean Office said the partnership with The Lost Tribe to celebrate the occasion represents an opportunity to take the message of gender equality to the general public through cultural avenues:

“We looked for organisations that were already celebrating our principles of equality, of diversity and of course ensuring integration because we want to ensure no one is left behind. Lost Tribe applied and the presentation they made to us was the strongest and one that demonstrated from their “#mycarnival” campaign, they mean and live the principles of equality.”

Katalin Bogyay, head of the delegation of UN Women Executive Board, Ambassador and Permanent Representative of Hungary to the UN, said she and the delegation were constantly inspired by Trinidad and Tobago’s people, country and culture.

“Culture travels, music travels, dances travel, always, everywhere and you don’t know the exact moment which part of the culture influences which part of the world. But when you look back in 100 years you realise what we have created because culture is about joining nations,” she said.

Creative Director of The Lost Tribe, Valmiki Maharaj, addressing members of the delegation, expressed delight at his band being selected for this historic partnership.

“It will allow, through our language of Carnival, to communicate the message of gender equality and women’s rights in a different way to the world.”

“I am proud to say that 70 percent of The Lost Tribe’s membership is women.  Our staff is more than 50 percent women. Empowerment and celebration of women are our everyday reality and we truly look forward to this unique, historic partnership with United Nations Women”.

Asked what form the collaboration will take, Maharaj said they are currently working out the final details.

He said the campaign will cover the period from the band's launch on July 20 to Carnival 2020 and will include social media as well as events with some level of mentorship and public interaction.