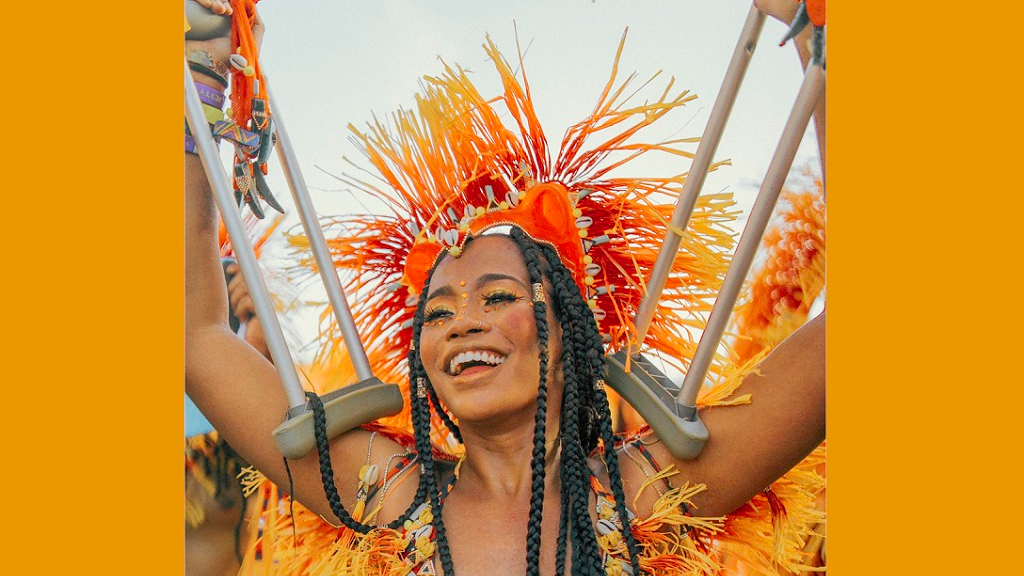 They say nothing can stop the mas, and nowhere was this truer than for Solange Des Vignes, who injured her ankle the night before she was set to cross the stage on Carnival Tuesday.

Des Vignes, whose photos and videos have gone viral online as she chipped and crossed the stage in crutches, said it was during the evening hours on Monday when the unthinkable happened.

She said: “We were dancing, you know how people like to climb a wall or a lamppost, when someone ran past and knocked into me and I lost my balance.”

Des Vignes landed on the ground and twisted her ankle, so badly she was crying in pain.

She said she tried to walk but it felt like it was burning. She said they ended up on a music truck where she could rest. After medical checks, it was discovered that she tore a ligament.

She said they got her home and she wrapped up her ankle and iced it. At first, despair set in, however Des Vignes, who played in the section Tau with the Lost Tribe, said she wouldn’t give up.

The 22-year-old university student did just that, having a whale of a time while chipping down the road with her crutches.

She said she was blown away by the positive response and support from strangers.

“As soon as I started out with the crutches, people were like ‘whoa, you sure about this?’ Pedestrians were impressed, they called me a hero.”

“It was really amazing, people offered to help a lot. We were coming up Charlotte Street approaching the Savannah and one guy said ‘you’re going to miss them (the band)’, I said ‘it’s ok’ and he was like ‘no let me help you’ and he walked me all the way up to Memorial Park.”

Des Vignes also had help crossing the stage, after another masquerade lifted her up onto his shoulders and carried her across the stage.

Had to help the good sis out lil bit @solstiiles pic.twitter.com/nxbi5qiu2r

She said the support from the Lost Tribe was amazing and she felt like she had everything she needed, adding that she’s already looking forward to the following year.

“It just made me realise the harmony and friendliness of people, that no matter who knows you and where you’re from people are really nice. I couldn’t ask for anything more, the vibes, the costumes, it was beautiful,” she said.

She also thanked her friends for supporting her and helping her to complete her first Carnival, even with her injury. 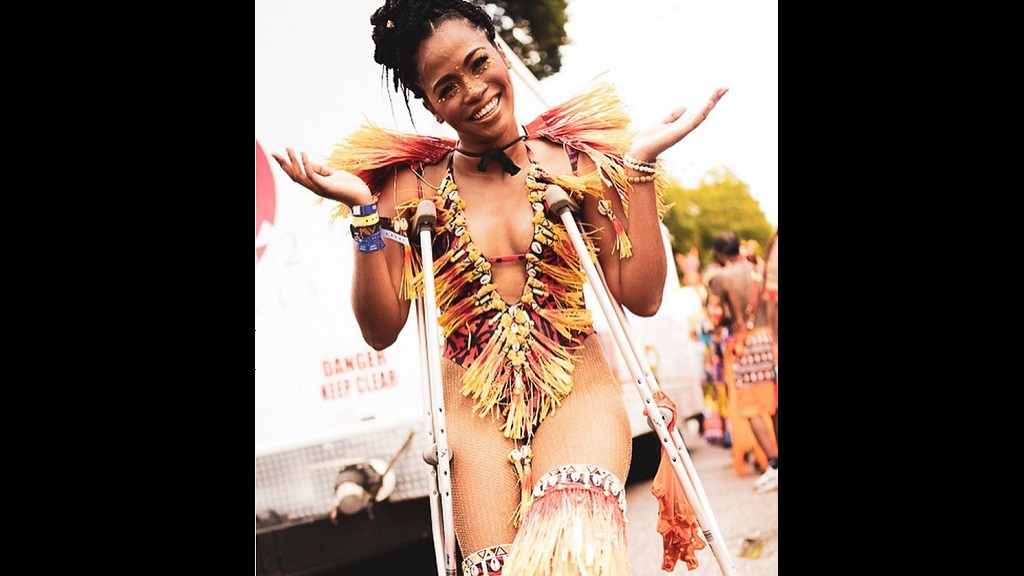 “If it wasn’t for the support of my friends throughout the day, I wouldn’t have survived without them.

“Walking with crutches isn’t easy at all, but the music made the pain go away, and I wouldn’t have it any other way,” she said.

Today I almost cried pure tears of joy many times. People literally told me I’m an inspiration to them, a goddess, dedicated, a leader, a trooper, a real woman, etc etc.
I’m so happy I could’ve made other people happy today. I needed that to keep myself happy. Thank you Trinidad

Watch: Niceness on the road for Carnival Monday 2020