Lots of talk, little action in Congress after shootings 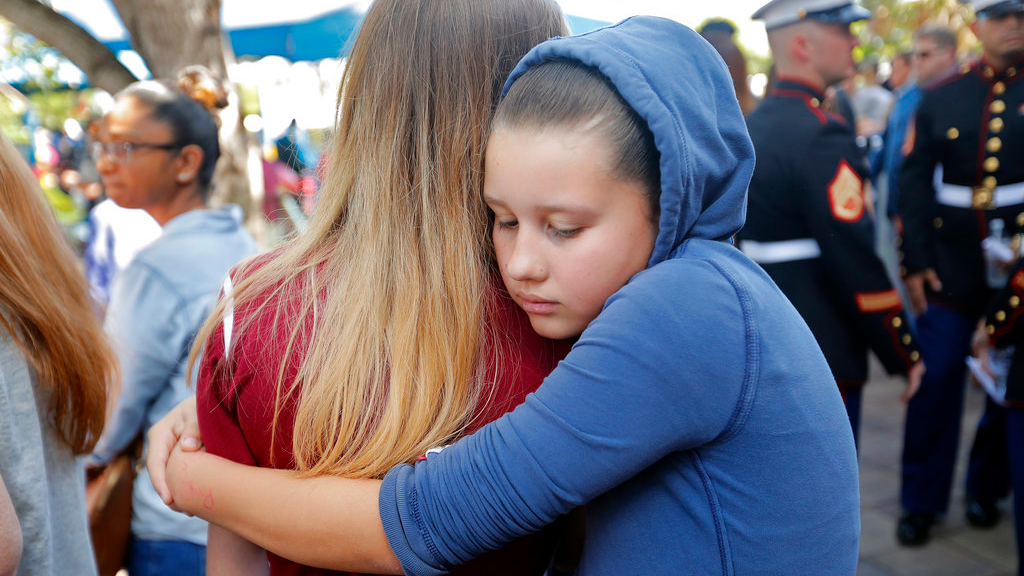 For a brief moment after the Las Vegas massacre last fall, Republicans and Democrats in Congress talked about taking a rare step to tighten the nation's gun laws. Four months later, the only gun legislation that has moved in the House or Senate instead eases restrictions for gun owners.

The October deaths of 58 people in Las Vegas and other mass shootings have sparked debate but have had scant impact on the march toward looser gun laws under the Republican-controlled Congress. There's little sign that the shooting deaths of 17 people at a Florida high school Wednesday will change that dynamic.

The conversation at the Capitol Thursday followed a familiar pattern. Many Democrats revived calls for tighter gun laws, while Republicans focused on the mental health of the accused shooter.

"As a parent, it scares me to death that this body doesn't take seriously the safety of my children, and it seems like a lot of parents in South Florida are going to be asking that same question," said Sen. Chris Murphy, D-Conn., a leading advocate of tighter gun control.

In the wake of the Las Vegas shooting, Murphy and other lawmakers from both parties pushed to ban bump stocks, the device that allowed the shooter's semi-automatic rifles to mimic the rapid fire of machine guns.

Those efforts soon fizzled amid opposition from Republican leaders. Instead, the GOP-controlled House approved a bill in December making it easier for gun owners to legally carry concealed weapons across state lines.

The concealed carry measure, a top priority of the National Rifle Association, would allow gun owners with a state-issued concealed-carry permit to carry a handgun in any state that allows concealed weapons.

The bill includes a provision to strengthen the FBI database of prohibited gun buyers — a response to another shooting in which a gunman slaughtered more than two dozen people at a Texas church in November.

House Speaker Paul Ryan said Thursday that Congress should focus on whether existing laws — including those designed to prevent mentally ill people from getting guns — are working.

"We need to think less about taking sides and fighting each other politically" and should instead pull together, Ryan said in comments that have become familiar. The Florida massacre was the 18th school shooting so far this year.

President Donald Trump, in a solemn address to the nation, promised to "tackle the difficult issue of mental health," but avoided any mention of guns.

Addressing those who say it's too soon to talk about gun violence, Nelson asked, "When is the right time? How many more times do we want to do this? How many more folks have to die?"

Nelson and other Democrats said Congress must do more than talk about mental illness. "Let's get to the root cause . let's get these assault weapons off our streets," he said.

The accused Florida shooter was armed with his own AR-15 rifle, the same type of weapons used in Las Vegas and Texas last fall, as well as in earlier shootings at a nightclub in Orlando, Florida and a school in Newtown, Connecticut.

In a rare comment that appeared unscripted, Treasury Secretary Steven Mnuchin said he would speak to Trump and fellow Cabinet members about gun violence.

Testifying on the president's budget, Mnuchin called the school shooting a tragedy and said, "I urge Congress to look at this issue."

Mnuchin's remark seemed at odds with the White House, which has not sought legislation or additional money to curb gun violence.

Other Republicans stuck largely to a now-familiar script.

Senate Majority Leader Mitch McConnell, R-Ky., called for a moment of silence, adding: "To say that such brutal, pointless violence is unconscionable is an understatement."

Rep. Mike Thompson, D-Calif., said the nation is in the midst of a crisis. "You can't turn around without there being a mass shooting," he said.

Thompson's criticized Republicans for failing to respond to the spate of mass shootings. "If I was a Republican member I'd be embarrassed that my leadership wouldn't address this issue," he said.

Ryan said legislation expanding concealed carry is a good "self-defense" measure, and he blamed the Senate for not acting to address loopholes in the instant background check system.

The House bill would penalize federal agencies that don't properly report required records and reward states that comply by providing them with federal grant preferences. The measure, which is pending in the Senate, was drafted after the Air Force acknowledged that it failed to report the Texas gunman's domestic violence conviction to the National Criminal Information Center database.

Asked whether authorities should be able to confiscate guns from mentally ill people, Ryan said, "This is not the time to jump to some conclusion not knowing the full facts."

Sen. Marco Rubio, R-Fla., said it was legitimate for Congress to debate how to respond to the shooting, but said lawmakers must acknowledge their power is limited.

"If someone has decided, 'I'm going to commit this crime,' they will find a way to get the gun to do it," Rubio said Thursday on the Senate floor.

"I think it's also wrong to say that there is nothing we can do," Rubio added. "This is hard, but we need to do it."