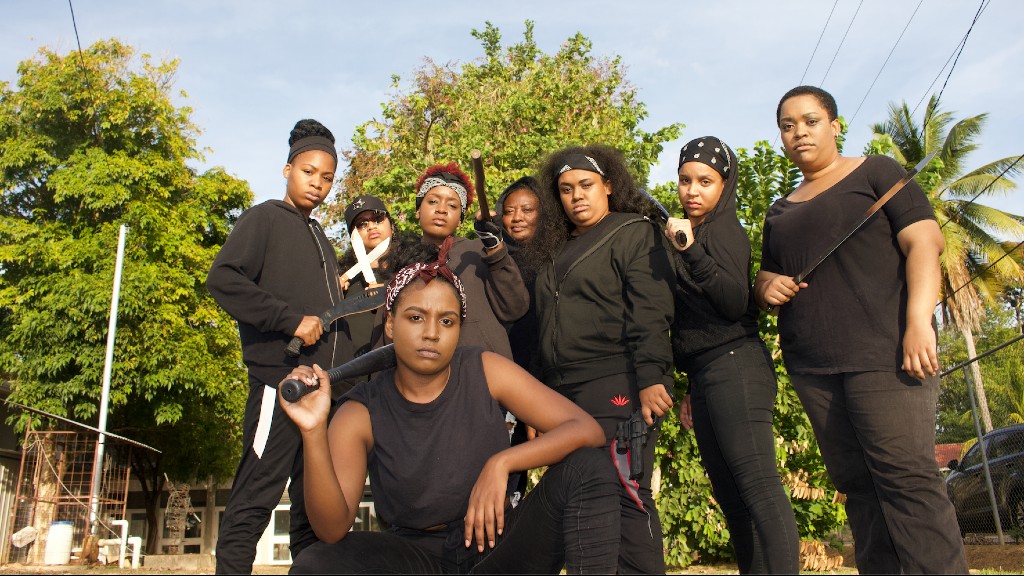 In the play BADDESSE, the 2019 student production of the Department of Creative and Festival Arts (DCFA) of the University of the West Indies is working towards the eradication of Gender-based Violence (GBV) and Violence against Women and Girls (VAWG) in T&T.

The play tells the story of the rise of a fictitious, women-led, vigilante organisation called The Black Widows in response to the domestic violence murder of a young woman.

Following retaliation by the sister of the murdered woman, women begin banding together to stand up for themselves and return violence for violence. The organisation becomes nationally known and gets support from politicians and a local TV host.

There’s a surprising twist where the real purpose of the organisation is revealed in a surprising conclusion. The play utilises an interactive dynamic where the audience is allowed and encouraged to participate in the play.

Lecturer and director Brendon Lacaille and main lead Shelby Outar stopped by the Lounge to give us some more information about the production which runs this weekend at The Learning Resource Centre, UWI St. Augustine.