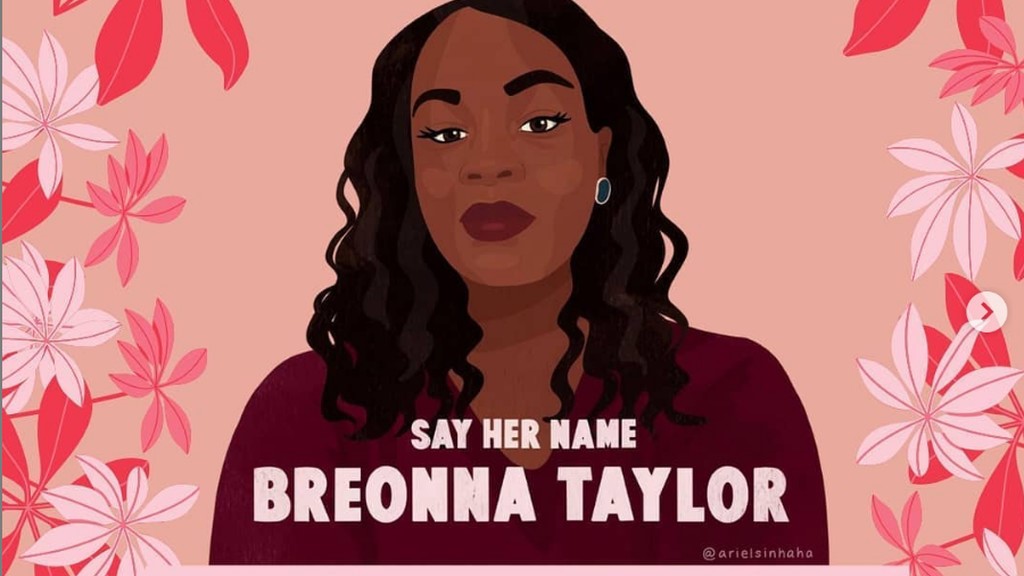 Artwork for #BirthdayForBreonna was done by illustrator Ariel Sinha

On June 5, Trinidadian writer Cate Young galvanised support from celebrities and members of the public with a campaign to get justice for Breonna Taylor.

Taylor, 26, was shot multiple times and died while asleep in her bed in Louisville, Kentucky, USA, when plainclothes police officers barged into her house in March reportedly in pursuit of a man wanted in an investigation.

Taylor's boyfriend, who drew his gun and shot one of the officers, was released last week when attempted murder charges were dropped.

However, no officer has been arrested and charged or fired for Taylor's death.

Spurred to do her part to get justice for the young woman, Young, who recently graduated from the University of Southern California (USC Annenberg) with a Masters degree in Specialised Journalism (the Arts), started a campaign to keep Taylor's case alive on the day she would have turned 27.

Birthday For Breonna called on people to send letters and birthday cards to the Governor and Attorney General, sign a petition and donate to a Go Fund Me account among other things.

We spoke to Young about the campaign which garnered support from celebrities such as Busy Phillips and made news around the world.