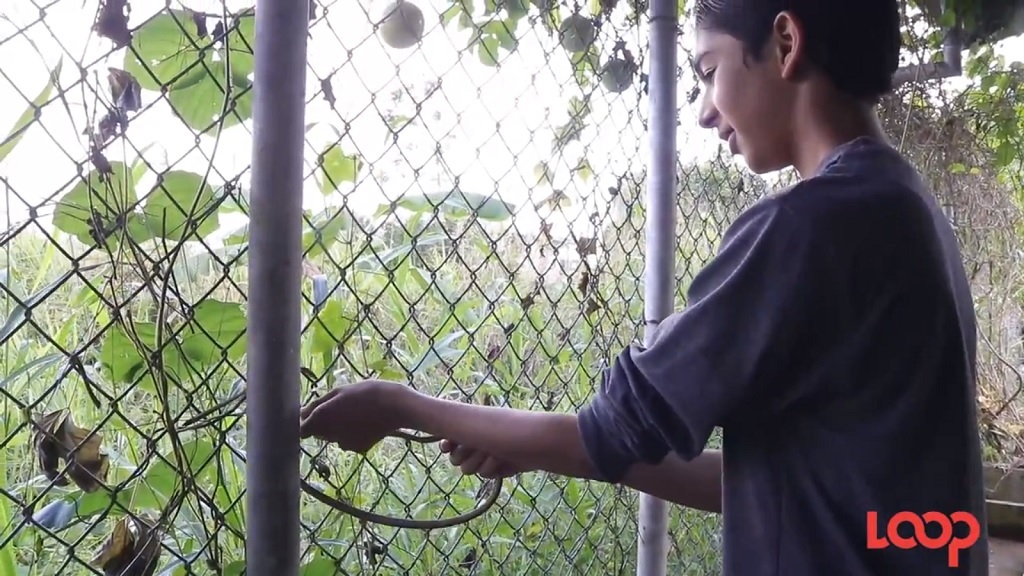 At 13, young Saifudeen Mohammed’s incredible snake rescue was shared across social media and even made national television.

Mohammed grew up loving animals, having been surrounded by them from childhood.

His love for wildlife conservation led to him undertaking several wildlife training courses through the El Socorro Centre for Wildlife Conservation.

(Video produced by Winston Sobers. Please note the turtles shown in the video are the local Galap which are a protected species and a license must be obtained in order to have them for breeding purposes. Once the baby turtles are old enough to forage for themselves, they will be released into the wild.)

He shot to social media fame earlier this year when he was caught on video safely restraining a macajuel snake (red-tailed boa constrictor) which had wandered onto his school’s compound.

Mohammed said if he had not acted, the snake would have been killed.

“Snakes aren’t dangerous if they are left alone, and if you do see a snake just call a professional and they can relocate them,” he said.

Mohammed said more young people should answer the call for wildlife conservation as these animals are critical for the health of the ecosystem and biodiversity.

He's currently rearing baby Galap turtles, which are a protected species. Saifudeen and his family were able to procure the required permits to breed them - once the babies are big enough to forage for themselves, will be released in a safe location in the wild.

The teenager hopes to pursue a career in herpetology and has great things ahead of him.

Here are three things to know about snakes:

Snakes can help limit the pest population. Snakes are known to eat different types of rodents, some of which can carry ticks, which carry Lyme disease.

Some snakes can kill venomous insects such as centipedes, actually making your yard safer.

3. Some snakes eat other venomous snakes

Some snakes, such as the Black Cribo, actually feed on other snakes such as the Bothrops atrox, (mapepire balsain or fer-de-lance), keeping these creatures in check.

There are only four venomous snake species in Trinidad and Tobago: Bushmaster or Mapepire zanana, Fer-de-Lance or Mapepire balsain, Trinidad Ribbon Coralsnake and Trinidad Coralsnake).

If you see a snake and you suspect it might be venomous, keep away and contact any of these professionals for help: