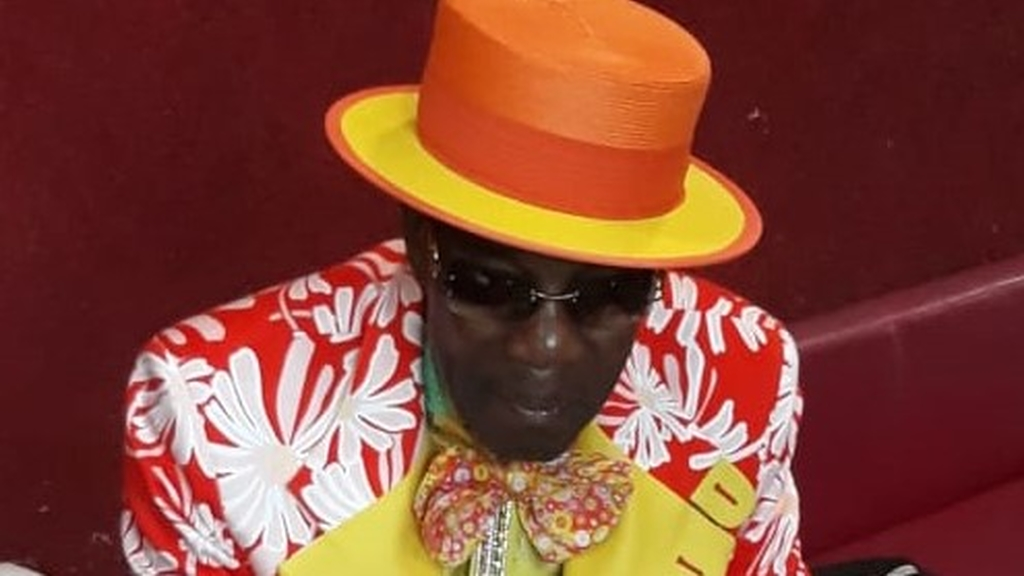 Rawlston Charles, the legendary owner of Charlie's Records in New York, was in T&T for the premiere of a documentary on his life.

The poor turnout at the Trinidad and Tobago premiere of Charlie’s Records disappointed the star of the documentary Rawlston Charles.

Charles, the legendary owner of the popular New York record store, said the film’s premiere at the Tribeca film festival earlier this year attracted a sold-out crowd of mainly non-West Indians and they had to add a second night.

Looking around at the many empty chairs at screen three at the Academy of the Performing Arts where the movie was screened as part of the Carifesta edition of the Trinidad and Tobago Film Festival, he thanked those who turned out, stating that is a film for Trinidad and Tobago.

Charles was speaking at a question and answer segment following the premiere of the film which was made by his daughter, WNBA star Tina Charles.

The film chronicles his life, from his days in Delaford, Tobago where he was born and grew up to establishing his famous record store, record label and recording studio on Fulton Avenue in Brooklyn.

According to Sound Engineer Robin Foster, who moderated the Q&A, Charles did for calypso and soca what Chris Blackwell did for reggae music.

Over his career, Charles produced 2000 calypsoes among them Calypso Rose’s Tempo which made her the first woman to capture the Road March and the National Calypso Monarch titles, Superblue’s Soca Baptist, which won the Road March making him an instant star upon his debut, and Explainer’s ‘Lorraine’.

Charles, founder of the band Charlie’s Roots, said he worked with every major calypso star with the exception of Baron and started the careers of people such as Pelham Goddard.

Charles was also the main distributor of calypso and soca albums and distributed over a million records all over the world.

The film revealed that his state of the art studio was also home to genres outside of calypso and soca and generated some of Hip Hop’s biggest songs.

Charles’ contribution to the music is recognised in the Smithsonian African American Museum in Washington DC.

Charles, who has never been honoured in T&T, said we need to do more to recognise those who reside outside of the country.

“When you choose not to recognise two or three people because of where you are, just remember that it is a whole nation that you are killing. We don’t recognise that this culture is powerful, that our music is powerful and it makes people know who you are. If it hadn’t been for some of us who had the nerve to stand up out there and fight with the forces where would we be today?” he asked.

Charlie’s Records will screen at SAPA on Monday 19 at 6.30pm and at the Botanical Gardens on Thursday, August 22 at 6.30 pm.