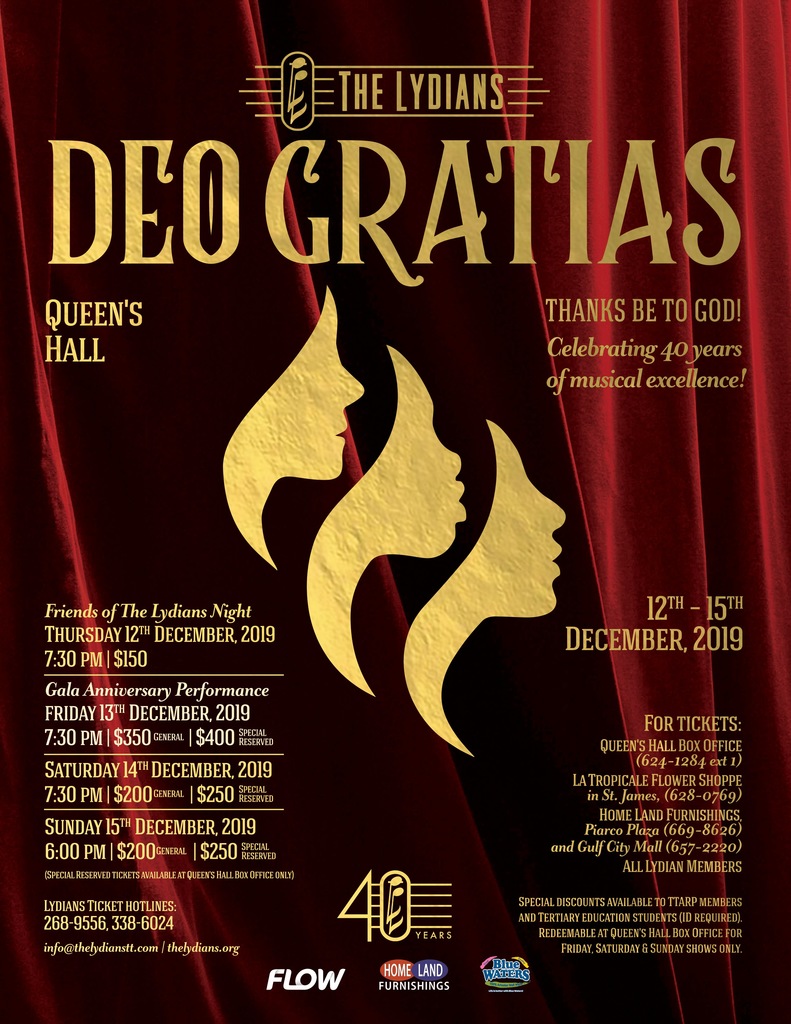 The Lydian Singers will celebrate the choir's 40th anniversary from tonight with a four-night concert entitled Deo Gratias.

Latin for "Thanks be to God", the anniversary Christmas concert will see the Lydians giving thanks to God for the music that has driven the organisation onward, for the musical directors who have shaped and inspired and for the goodwill, kindness, and support of all who have helped them along the way.

In this year's Christmas story, the Lydians will be visited by three special characters, the Lydian Musical Muses, La Madame La Reine, and La Belle Nouvelle. These costumed, special guests are all Lydian music from the past through the present and to future, personifying the songs that have been sung, played and presented through the years.

The concert will present a carefully curated selection of music from across the choir's 40-year repertoire and the muses will represent a celebration of that musical evolution of the Lydians.

A special anniversary Gala performance will be presented on Friday, December 13 at Queen's Hall at $350 General and $400 Special Reserved tickets available, featuring a sing-along of Christmas carols with the choir in the Queen's Hall lobby and a ceremonial ornament hanging for all attendees on the Caribbean Christmas tree.

The Gala night will also offer limited edition 40th anniversary t-shirts at $150 and a special commemorative programme/magazine available to take home featuring special articles, photos and historical and musical features about the Lydians for $40.

Deo Gratias will also feature some of the group's greatest Christmas hits, show-stopping pieces from a 40-year repertoire, a sprinkle of new music and arrangements from our Calypso and Parang traditions and five operatic excerpts from the major works performed over the years.

These operatic excerpts will take the audience from the tale of an African Prince Koanga to the wily Dr. Dulcamara peddling his elixir of love in the French-inspired Elisir Amore.

The Lydians will also journey to Peking, China where Liu the servant girl will sing of her devotion and love to the aloof Princess Turandot, then to the festive, Native American-inspired wedding feast with the great singer Chibiabos from Scenes from the Song of Hiawatha and finally, to the steelpan yard for the Trini-Greek interpreted tragedy Orpheus and Euridice to be tormented by the furies of the underworld.

A special 40th anniversary Opera gift basket with one memorabilia token from each of the five operas staged by the Lydians will be on sale at $200.

The Lydians to 'Hold a Light' for Christmas show