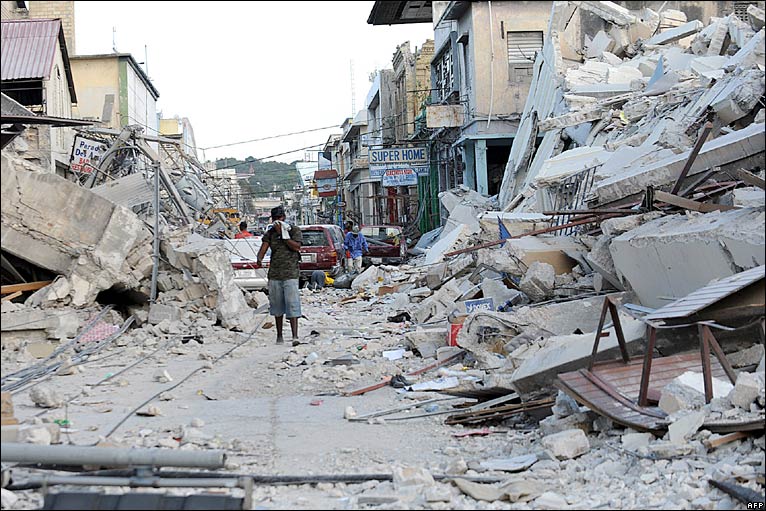 Photo: This 2010 photo shows the devastation which occurred after a 7.0 earthquake in Haiti that resulted in approximately 300,000 deaths.

Emergency teams worked to provide relief in Haiti on Sunday after a magnitude 5.9 earthquake killed at least 11 people and left several injured.

The government reported seven deaths in the Nord-Ouest province and four other deaths in the community of Gros-Morne in the province of Artibonite, the newspaper Le Nouvelliste quoted  Secretary of State for Communications Eddy Jackson Alexis as saying. 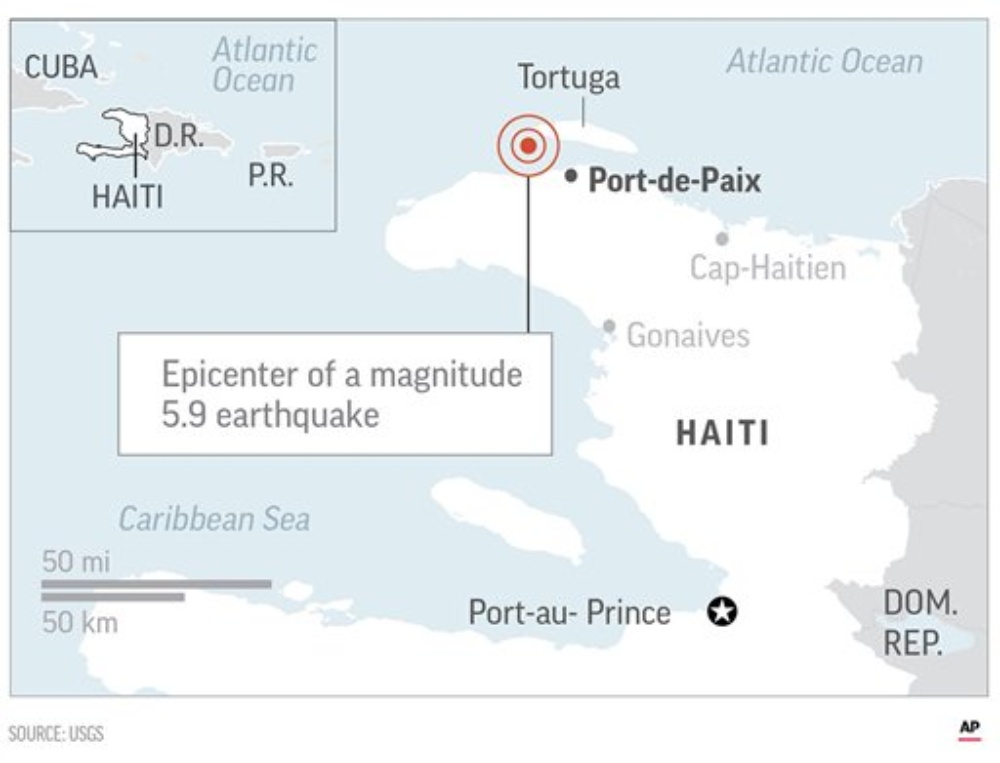 The country's civil protection agency issued a statement saying several people were injured and some houses were destroyed in Port-de-Paix, Gros Morne, Chansolme and Turtle Island. Among the structures damaged was the Saint-Michel church in Plaisance.

The civil protection agency officially confirmed the deaths of at least 10 people, however, the Miami Herald reported at least 12 dead and over 100 injured.

Rescue workers reported the collapse of part of a hospital in Gros-Morne and an auditorium as the quake hit on a rainy evening. They also reported damage at the police station in Port-de-Paix.

Parliamentarian Alcide Audne told The Associated Press that two of the deaths occurred in the auditorium.

Haiti President Jovenel Moise indicated in his Twitter account that he was coordinating with Prime Minister Jean-Henry Ceant to bring support to the victims.

The quake was felt lightly in the capital, as well as in the neighbouring Dominican Republic and in eastern Cuba.

Moise called on the population to remain calm after dozens of people left their homes in the capital.

Impoverished Haiti, where many live in tenuous circumstances, is especially vulnerable to earthquakes. A vastly larger magnitude 7.1 quake damaged much of the capital in 2010 and killed an estimated 300,000 people.

Editor's note: This story has been updated with the latest death toll.

10 of the worst earthquakes in T&T