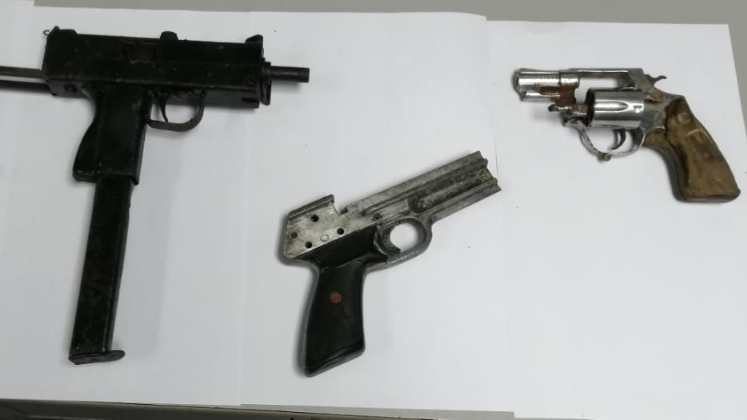 A semi-automatic MAC-11 sub machine gun was among three firearms seized yesterday in the Central Division.

The weapons were seized during police exercises between 3pm and 8pm and took place in areas such as Felicity, Cunupia, and Caroni.

This pushes the number of firearms seized in the Central Division up to 25 for the year.

The officers executed several searches in areas known for the sale of narcotics and the presence of priority offenders.

At about 3.30pm based on information received, the officers proceeded to a public cemetery in Union Village, Felicity. About 100meters south of the cemetery, the officers found one of the weapons.

The officers then went to a pavilion located at Latchu Trace, Chin Chin Road, Cunupia where a search was conducted. On the western side of the pavilion, the officers found another weapon hidden under some old pieces of wood.

The officers then proceeded to Hydraulic Trace, Kelly Village, Caroni, where approximately 200 meters on the western side of the roadway , they found an abandoned shed.

Wrapped in a black cloth and a black plastic bag hidden under some old galvanize, police found and seized the sub machine gun fitted with a magazine containing seven rounds of 9mm ammunition.

No one was arrested with the findings.

Four in court after shotgun seized in Arouca