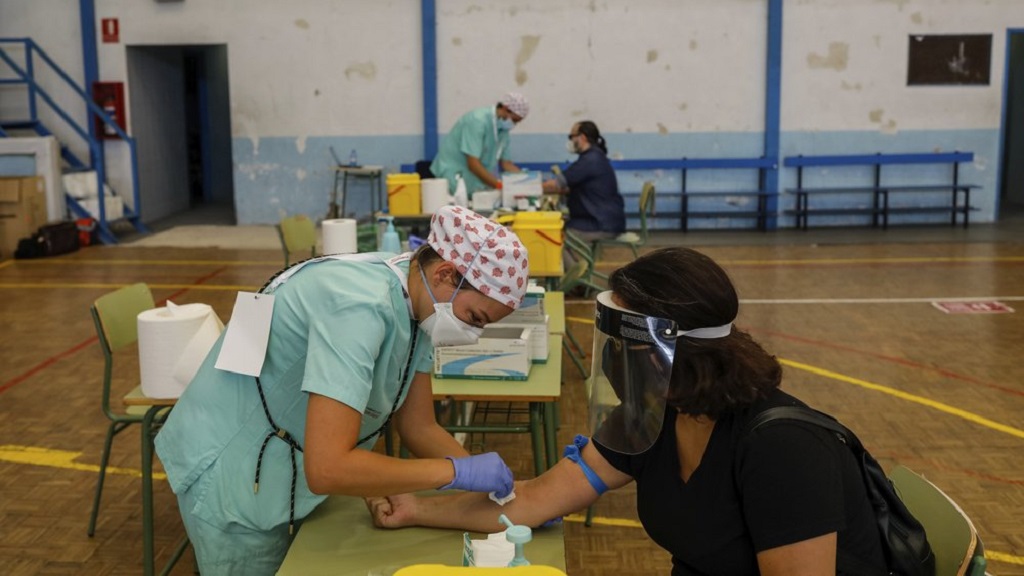 The Madrid regional government is further restricting family reunions and social gatherings to curb a sharp spike in confirmed coronavirus cases as schools are set to re-open, although officials said Friday that new infections in and around the Spanish capital were being brought under control.

Authorities said an existing ban on outdoor meetings of more than 10 people is being extended indoors because most recent infections have been tied to gatherings in private homes.

Attendance at funerals, burials, weddings and religious celebrations, as well as group visits to museums or guided tourism will also be restricted starting Monday, authorities said.

Nearly one-third of Spain's new virus infections are in and around Madrid, a region of 6.6 million with high population density and a hub for economic activity for the rest of the country.

At least 16 percent of the beds in Madrid's hospitals are occupied by COVID-19 patients, the highest rate of all Spanish regions.

Regional health chief Enrique Ruíz Escudero said that despite the recent trends, "the situation has nothing to do with what we went through two months ago."

"The pandemic in the Madrid community is stable and is controlled," Ruíz Escudero said. "We are not alarmed."

Madrid is also expanding the number of contact tracers, which has been one of the weakest links in dealing with the new wave of virus cases, and purchasing 2 million rapid coronavirus test kits.

Spain, which is edging to a half-million confirmed cases since February, is leading the pandemic's second wave in Europe.

The country had a rate of virus prevalence above 212 cases per 100,000 residents for the past two weeks. At least 29,234 people have died in Spain during the pandemic.

Europe is going back to school despite recent virus surge