Man, 45, held with cache of weapons 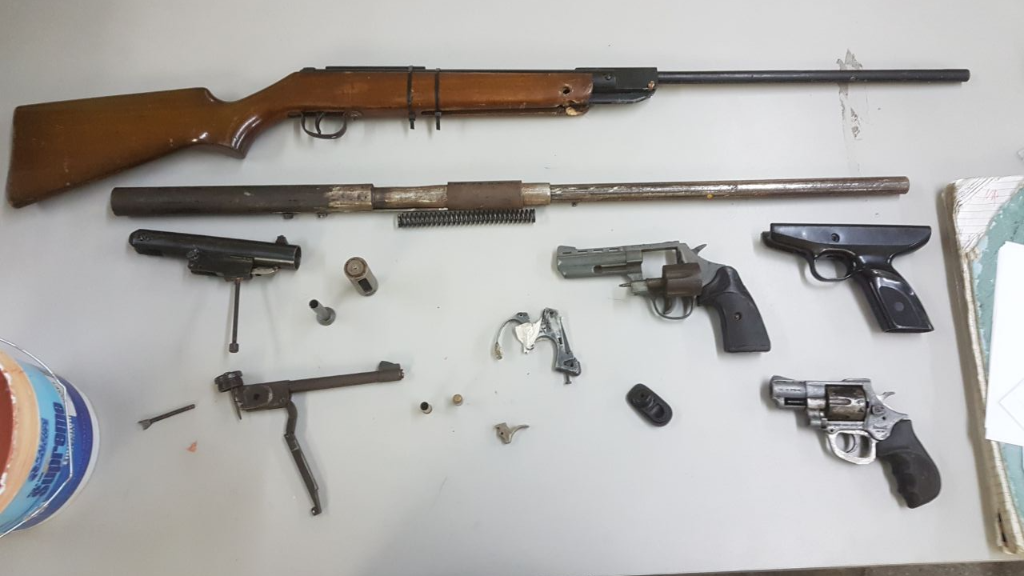 A 45-year-old man was expected to appear before a Chaguanas Magistrate on Thursday after he was held with four loaded firearms.

The suspect, who is said to be from Paradise Lane, Chaguanas, was arrested on Wednesday morning by officers of the Central Division.

The officers, under the supervision of Snr Sup Balram, received information which led them to an area in Carlsen Field, Chaguanas, where the officers had cause to search the suspect.

In his possession, the officers allegedly found and seized two .38mm revolvers, a 9mm pistol, and a rifle.

The officers also found and seized components which can be used to build another weapon.

As a result of the finds, the suspect was immediately arrested and taken into custody.

He was questioned by officers, following which, he was charged.