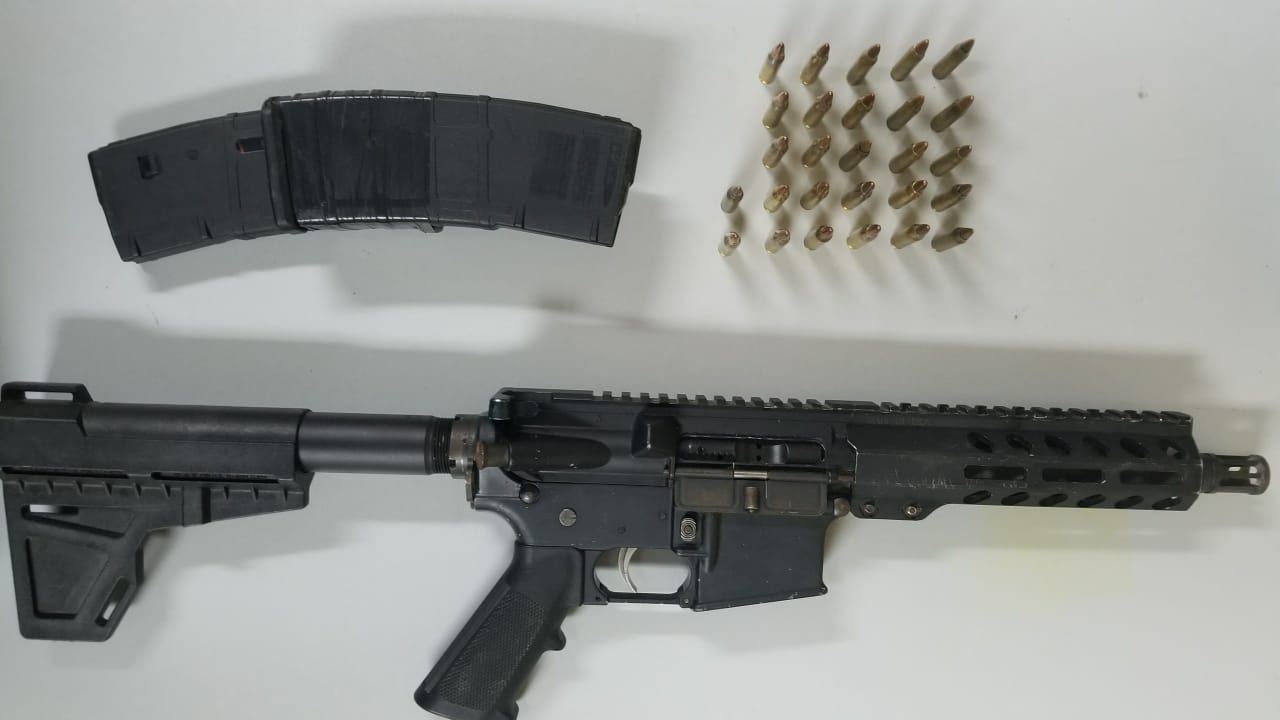 A 25-year-old man is in police custody after he was allegedly held with an automatic rifle.

Police said the man, who is from Bridge Road, Diego Martin, was standing along the roadway near his home holding the weapon almost as if he were on guard.

At about midnight, officers of the Western Division Task Force, including PC McClean, PC Gilkes, and PC Rogers, were conducting patrols in the Diego Martin area, when upon reaching the vicinity of Ragoo Drive, off Bridge Road, they observed the suspect.

From the distance, the suspect was seen holding a black object.

However, upon seeing the police vehicle he immediately turned away from the officers and attempted to hide the object on a nearby tree.

This drew the suspicion of the officers, and the man was stopped and searched.

The object was soon discovered to be an Anderson Manufacturing AM15 containing seven rounds of ammunition.

The 25-year-old was immediately arrested as a result and taken into custody. PC Rogers is continuing inquiries.