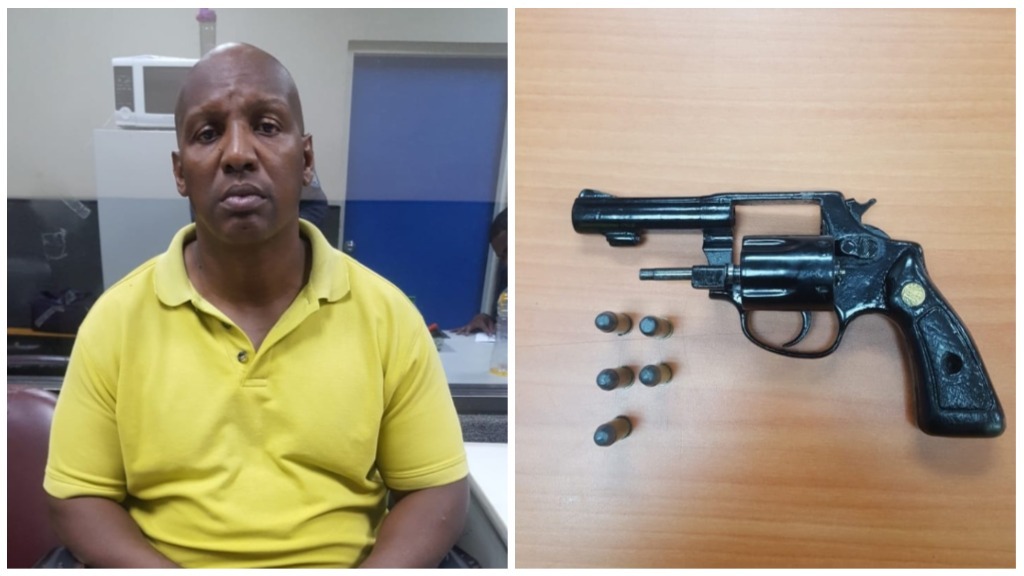 Bail was set at $250,000 for a St James man who was charged for possession of a firearm and ammunition.

The accused is Marvin King of Back Street, St James.

PC Bart is the complainant (charging officer)  in this matter.

King appeared before Magistrate Aden Stroude in the Port of Spain Magistrates’ Court for the offences.

He pleaded not guilty.

The court heard certain applications, following which, bail was granted and the matter was adjourned to September 16 for trial.

King was held on Monday afternoon, after a .38mm revolver loaded with five rounds of ammunition was allegedly found in the driver’s seat of his vehicle.

The vehicle was parked opposite a supermarket along Bournes Road, St James, at the time.

Also included in that exercise were officers of the Western Division Task Force, such as PC McClean, PC Sahadath and Pc Peltier.

Man with firearm shot by police at Chaguanas mall

Man in court after being caught with firearm, ammo