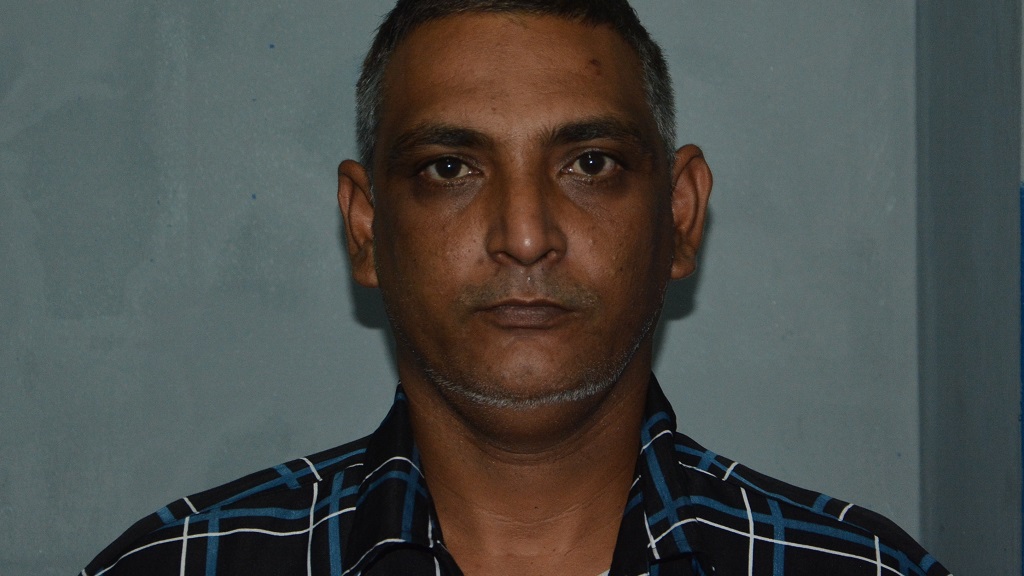 Photo: Navindra Budhu was charged with fraudulently acquiring TT$20,000 for a vehicle which the victim never received. Photo courtesy the TTPS.

A Chaguanas man was due to appear before a San Fernando Magistrate on Tuesday on charges of fraud after allegedly receiving $20,000 for a vehicle which the victim never received.

According to a statement issued by the Trinidad and Tobago Police Service (TTPS), Navindra Budhu, 38, was charged with obtaining money under false pretences from a male victim on February 26, 2019.

Budhu, of Gilbert Street, Felicity, Chaguanas, was charged with the offence on Monday, May 13 by officers of the San Fernando Criminal Investigations Department (CID).

The victim told police that on February 26, 2019, he paid the accused a sum of TT$20,000, which represented a down payment toward the purchase and importation of a Hyundai H100 pick-up truck.

The vehicle was supposed to be delivered to the victim within six to eight weeks from the date of the down payment, however, the vehicle was not delivered.

When attempts to recover the money paid to the accused proved futile, a report was made to the police and an investigation was launched.

The accused subsequently surrendered himself to police on May 13, 2019.

The charge was laid by PC Michael Noel, of the San Fernando CID.