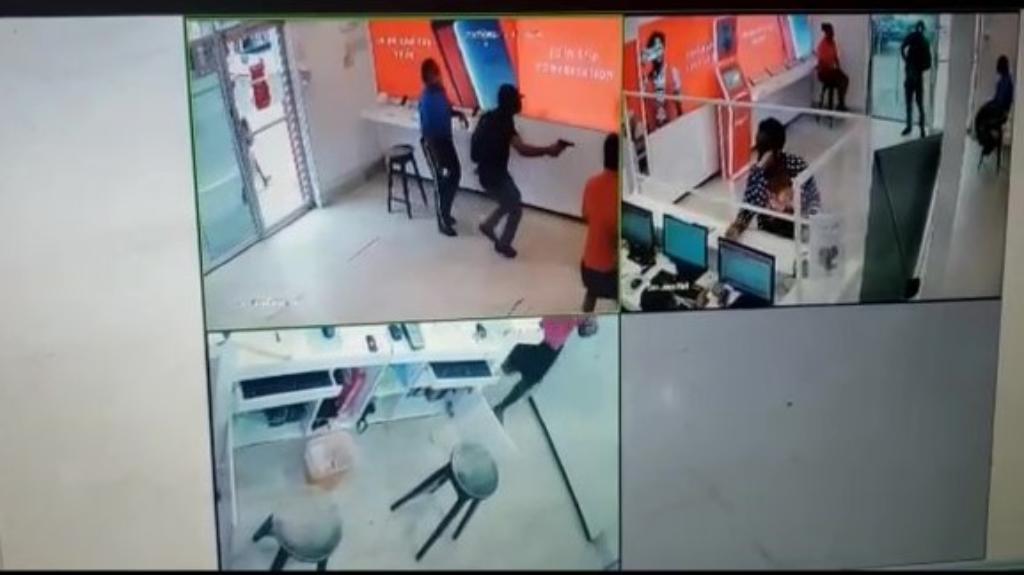 A 43-year-old man is expected to appear before a Port of Spain Magistrate this morning after he attempted to rob a Digicel outlet in San Juan.

The suspect, who is from Curepe, has been charged by PC Mana of the San Juan CID.

According to police reports, the suspect allegedly entered the outlet at 10.40am yesterday and pointed what appeared to be a firearm at workers and a security guard, announcing a hold up.

He ordered the staff to put money from the cash register into a bag.

While the robbery was in progress, an officer of the San Juan police station was walking along the roadway.

He was alerted to the robbery and responded. Surveillance footage of the incident shows the officer entering the store with his weapon drawn.

On seeing the police officer, the suspect immediately told him that he was carrying a toy gun, which he threw on the ground when instructed to do so by police.

The man was taken into custody and carried to the San Juan police station, where he was questioned and charged.

Digicel Trinidad and Tobago has since thanked the officers who responded to the incident for their swift work in thwarting the robbery and apprehending the suspect.