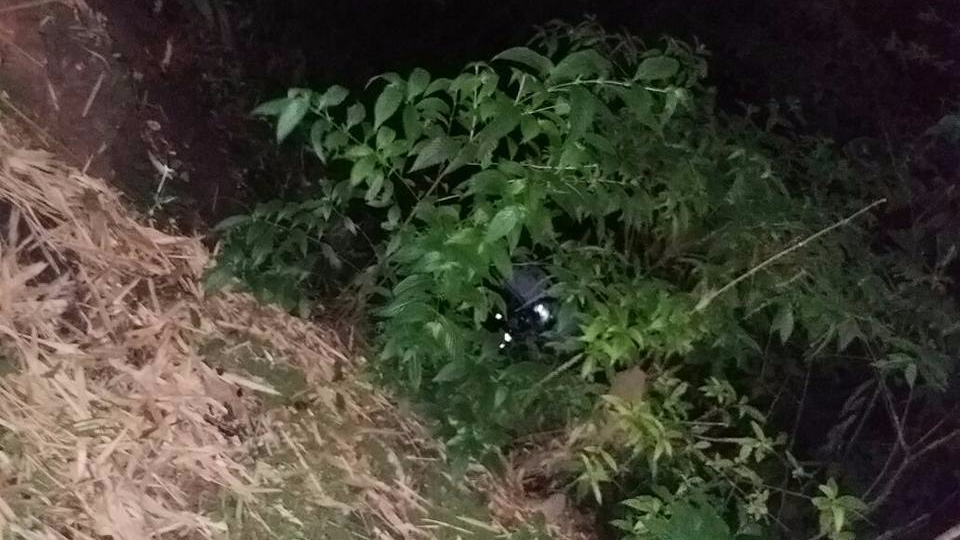 The car in which Michael Williams, Lydia Phillip and seven-year-old Levi Thomas were in, crashed 40 feet off a cliff and was stopped by a clump of trees.

One man is dead and a woman and child injured after a car plunged approximately 40 feet off a cliff in Lopinot on Thursday.

The deceased was identified as Michael Williams.

According to initial reports, just before 6:00 pm Thursday, Williams was said to be in a Nissan AD Wagon in the company of Lydia Phillip and seven-year-old Levi Thomas.

The trio was said to have been driving along a roadway in the Lopinot community when for reasons not yet known, he lost control of the car.

The vehicle then drove off the roadway and down a precipice, stopping some 40 feet down the hillside after crashing into some trees. 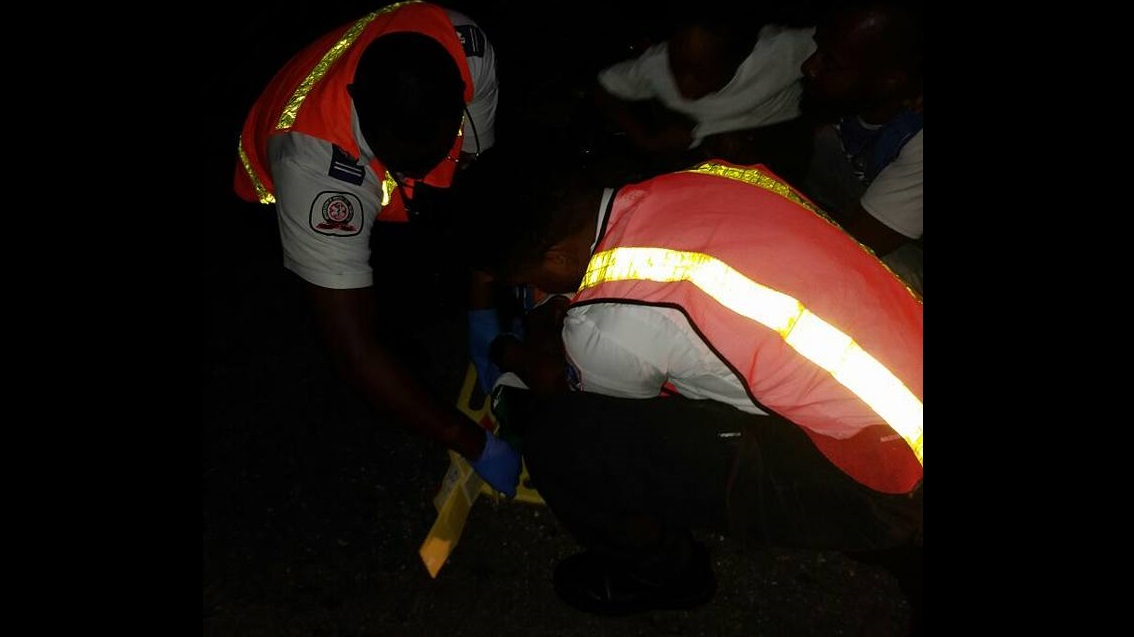 (Photo: Emergency responders rushed to the scene, but sadly, Williams succumbed to his injuries.)

The accident, police said, resulted in all three occupants suffering injuries about their bodies.

Unfortunately, Williams succumbed to his wounds.

The police and emergency health services were notified and a team of officers visited the scene.

With the aid of officials from the Trinidad and Tobago Fire Service, they removed all three occupants from the vehicle.

Phillip and Thomas were both rushed to the Eric Williams Medical Sciences Complex for treatment.

The La Pastora/Lopinot Community offered condolences and also thanked Kerron Reid and Mr Caldon, who rushed down the precipice to assist the child, who has special needs.

48-yr-old man falls to his death at work site