Man fined over $70,000 for having protected animals 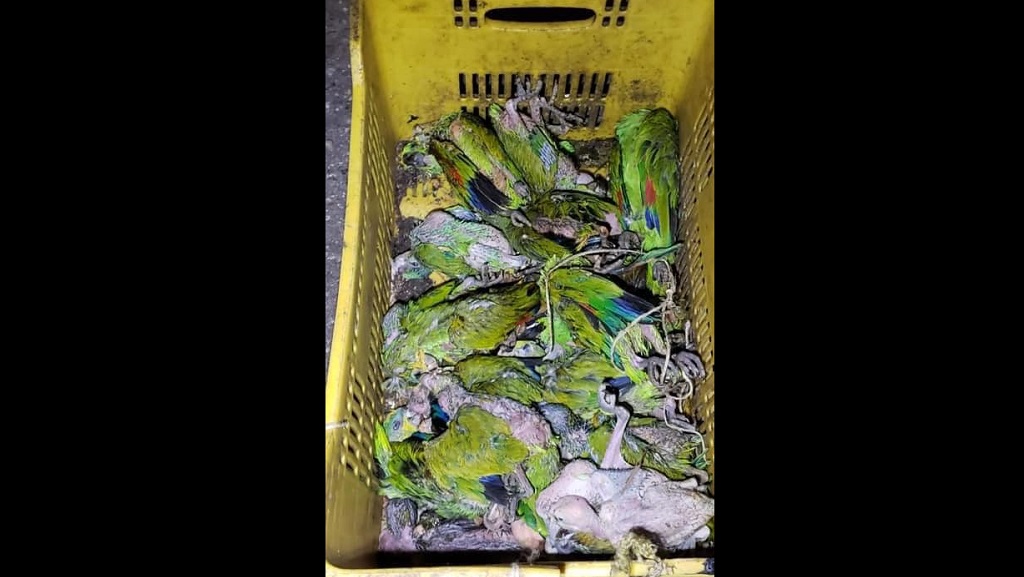 Photo via Minister of Agriculture, Land and Fisheries, Clarence Rambharat.

One man was fined over $70,000 for wildlife offences, according to an update by Minister of Agriculture, Land and Fisheries, Clarence Rambharat.

Rambharat shared an update via social media regarding two men who appeared in court to answer to charges of keeping protected animals after they were held by Santa Flora Police.

‘$73,600 fine for wildlife offences! Two men appeared today before Magistrate Bailey of the 2nd Siparia. Both men were charged on 4th April, 2020 after they were stopped at Beach Road by Santa Flora Police acting on information.’

The vehicles in which they were driving were searched and several protected animals were found.

One man, who was charged with 46 counts of keeping protected animals without a permit, pleaded guilty on all 46 counts and was convicted and fined $73,600, or, in default, four months hard labour.

The other man who was charged with 25 counts pleaded guilty on August 30 and decided to change his plea to not guilty, and these matters were adjourned to February 24, 2020.

According to a Guardian report, the illegal wildlife trade is on the rise throughout Latin America. Many protected animals are illegally traded and bought as pets.

After drugs, guns and human trafficking, wildlife trafficking is the world’s most lucrative organised crime with an annual value of around US$20 billion each year, according to a 2016 report by Interpol and the UN environment programme.

South America is the world’s most biodiverse continent, home to roughly 40% of the world’s plant and animal species.