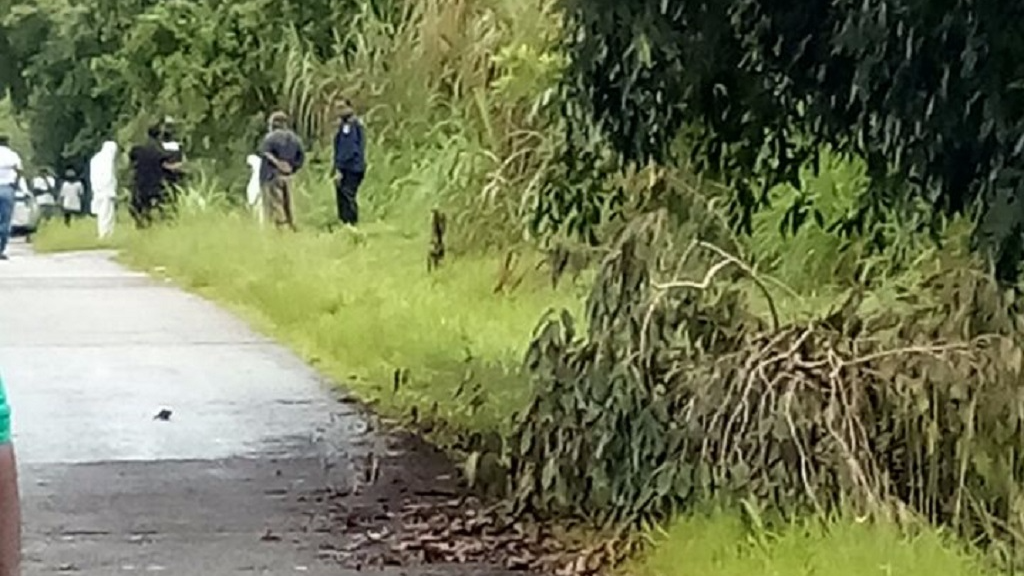 Police are said to be on the scene of a homicide in Aripo.

According to initial reports, at about 6:00 am on Wednesday morning, residents of Aripo Road notified police that the body of a man was seen at the side of the roadway.

Officers from the Northern Division, under the supervision of Snr Sup Daniel, responded and they found a man lying in a pool of blood.

Residents told police that sometime overnight, they heard the sound of loud explosions, but thought nothing of it.

As a result, police believe the deceased had been shot dead and his body left at the side of the roadway.

Up to 9:00 am Wednesday he was yet to be identified.

After the body is viewed by a district medical officer it is expected to be removed and sent to the Forensic Science Center in St James for an autopsy to be performed.