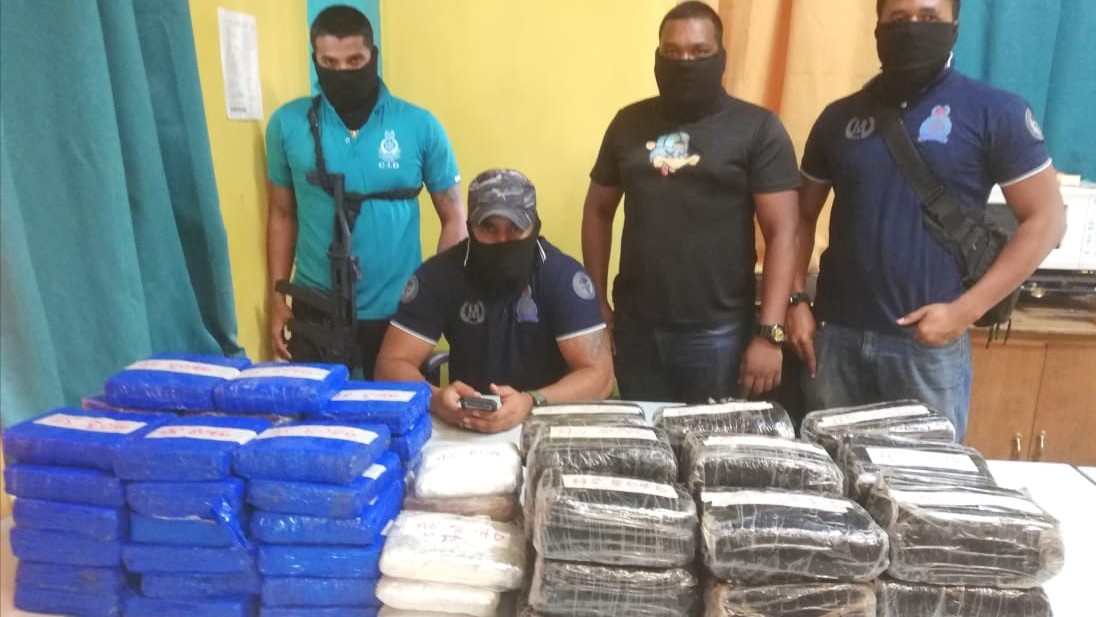 Police officers stand over a million-dollar marijuana find in the Sangre Grande district.

A 33-year-old man has been placed on bail of $500,000, to cover allegations of possession of an estimated 55 kilogrammes of marijuana.

Makkaway Moore appeared before a Sangre Grande Magistrate yesterday, after surrendering himself to police on Thursday.

The charges were read against him, bail was granted, and it was adjourned to a date next month.

On September 29, police found and seized 72 ‘bricks’ of marijuana, which had a total weight of 55 kilogrammes.

The drugs were found during operations by officers of the Eastern Division’s Special Division’s Unit, under the supervisions of Snr Sup Aguilal and Cpl Ramnarine.